To measure angles we use a special instrument called a protractor. You can see one below.

Let's look at how to measure an angle using an example. I'm going to measure $\angle PQR$∠PQR.

1. Place the line at the base of the protractor along one of the arms of the angle.

I have lined my protractor along $PQ$PQ.

2. Line up the centre of the protractor with the vertex (point) of the angle.

The centre point of my protractor is touching at point $Q$Q.

3. Read the numbers to find the size of the angle in degrees. Remember to consider whether it's acute, obtuse or reflex to make sure you record the right value.

Here is a diagram showing angles meeting at a point. The two lines make four angles. 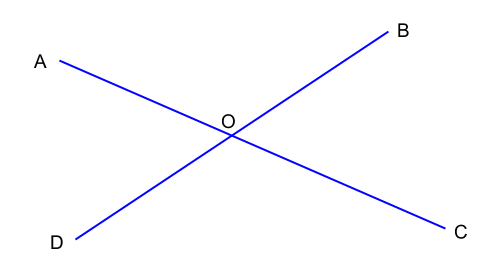 1. Complete the table by naming and estimating the size of each angle, then measuring the actual size.

We have started naming the angles for you.

2. Add up all the angles you measured. What is special about angles that meet at a point?

Now it's your turn, this applet will let you practice measuring angles with a protractor.

Draw three different acute angles and label how big they are.

Draw three different obtuse angles and label how big they are.

Draw three different reflex angles and label how big they are.