We're now going to take a look at some specific terminology that is often used in the context of talking about scenarios that are modelled by a normal distribution.

What does it mean when you hear that someone is in the $98$98th percentile?

Have you ever completed a mathematics competition and when you receive your result you find that you were above the $0.85$0.85 quantile?

You know this is a good thing, but do you know what it means?

As the name suggests, percentiles split an ordered set of data into one hundred parts, where each percentile indicates the proportion of the population below that value.

We often see our test results expressed in this way: “You are placed in the $78$78th percentile”. But what does this mean?

Let's zoom in to take a closer look at the percentile: 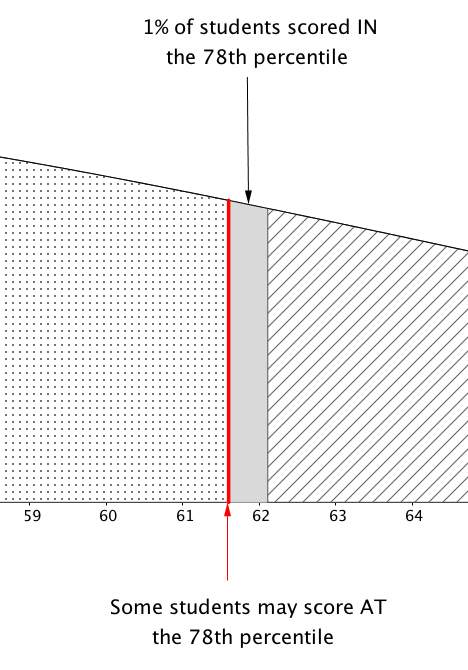 Note that the percentile is not the same as your actual score in the test. Rather it is a reflection of your rank in the ordered set of scores from all the participants.

A quantile is exactly like a percentile, but expressed as a decimal instead. 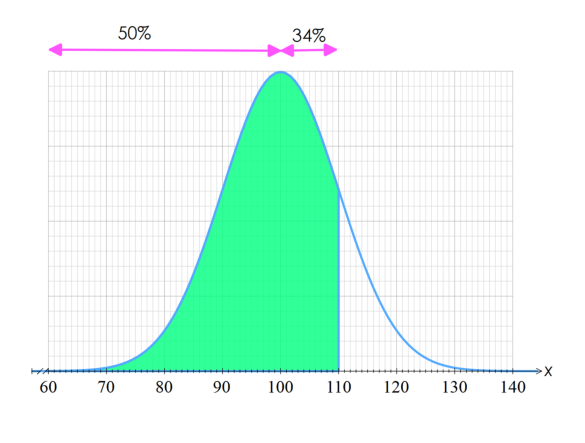 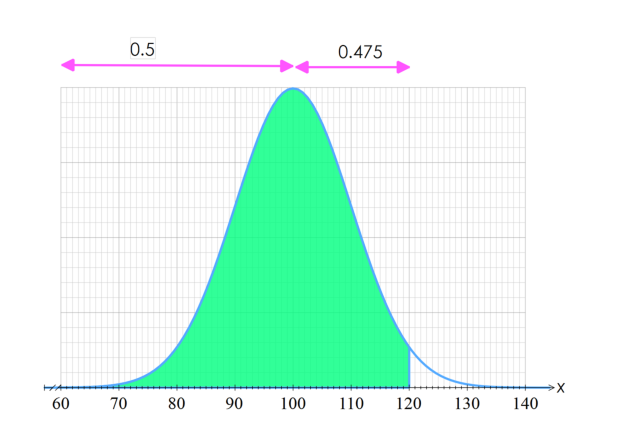 Quantiles and percentiles with CAS

Most of the time the quantiles and percentiles we're interested in don't fit nicely into our 68-95-99.7 Rule and we need to use the capabilities of our CAS calculators instead.

The heights of 16-year-old females are known to be normally distributed with a mean of $165$165 cm and a standard deviation of $2$2 cm.

Think: Again it's useful to at least visualise a graph before turning to our CAS. The shaded region represents the proportion of 16-year-old females with height less than the $98$98th percentile. 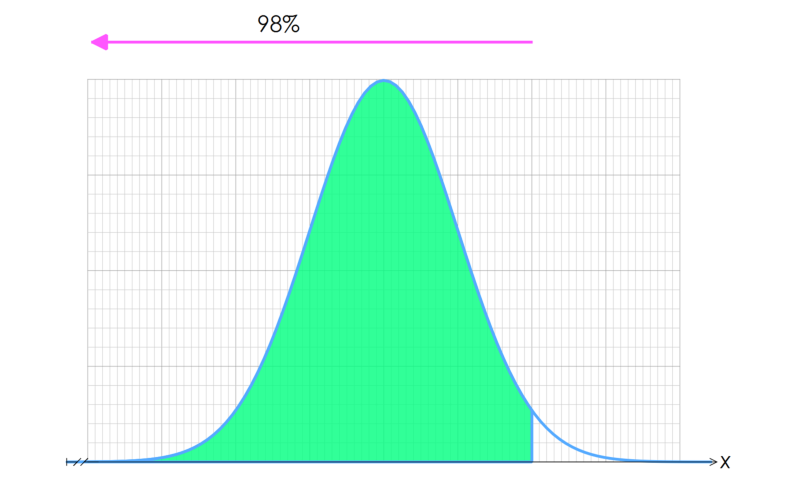 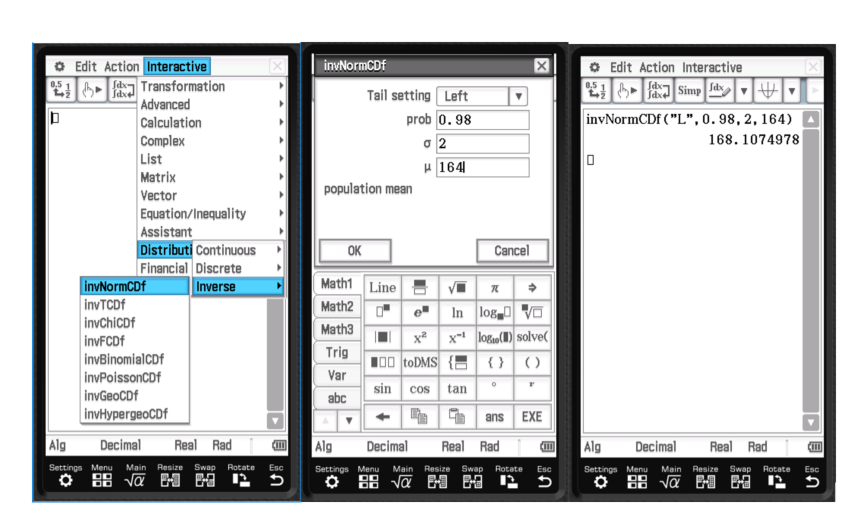 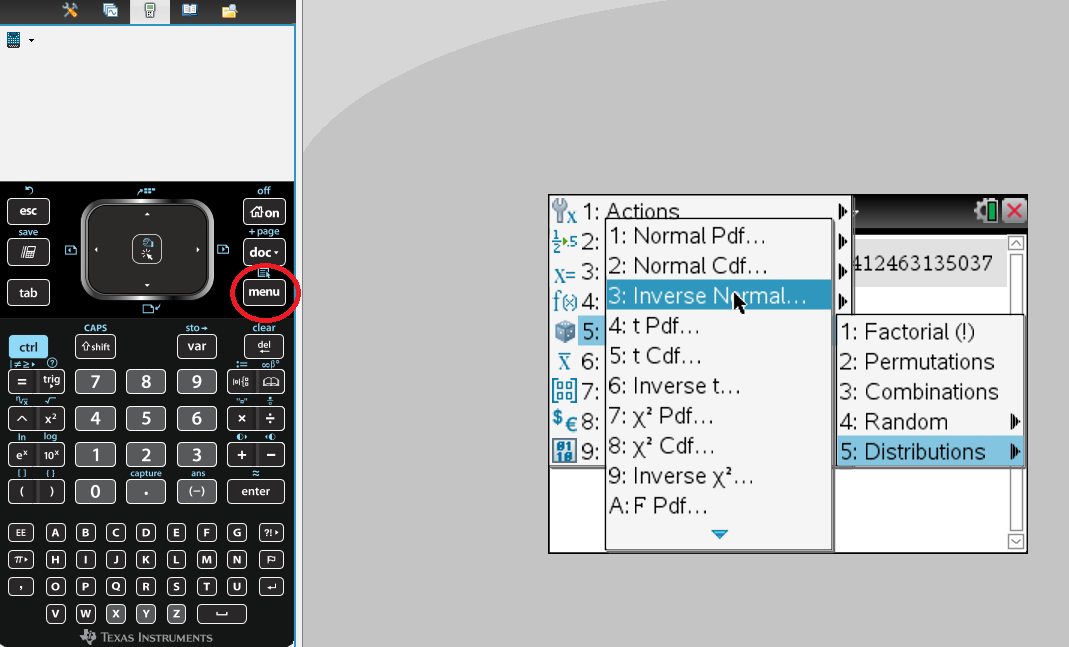 The Inverse Normal function calculates the largest score of a (left-tail) normal distribution with a given area under the graph (e.g. the probability, between 0 and 1), as well as the curve's mean $\mu$μ and standard deviation $\sigma$σ. 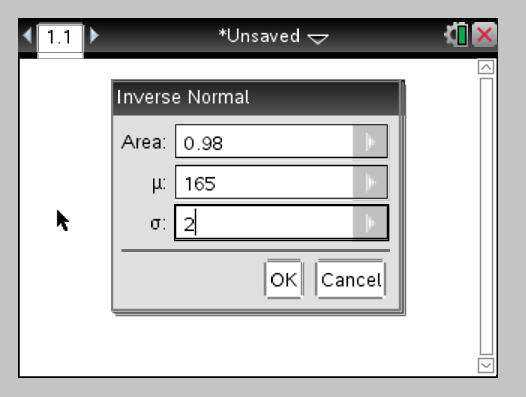 Think: We'll follow the same process of drawing a sketch and then using CAS to calculate. The shaded region represents the proportion of 16-year-old females with height less than the 0.4 quantile. 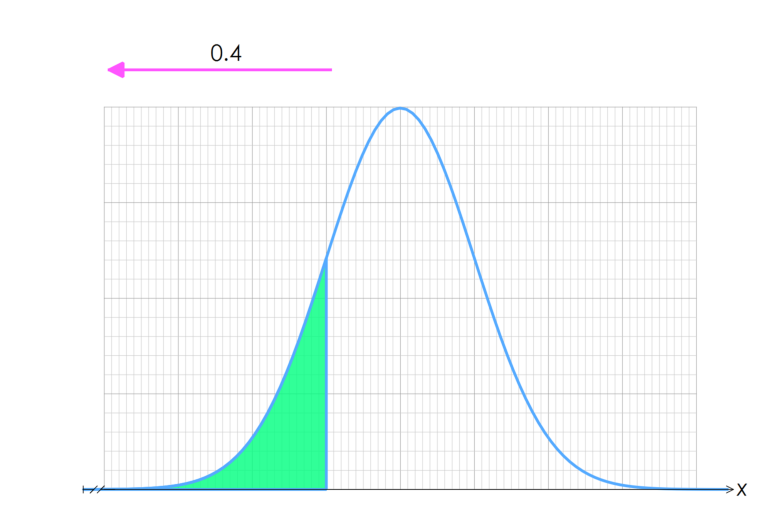 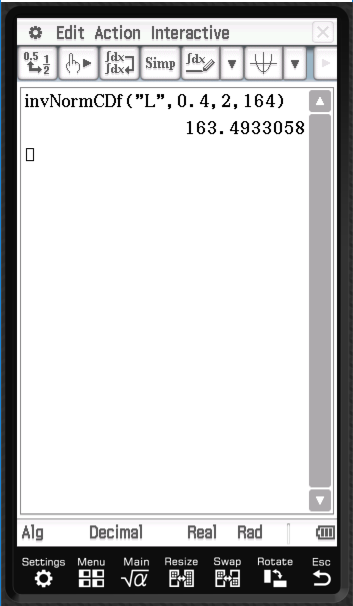 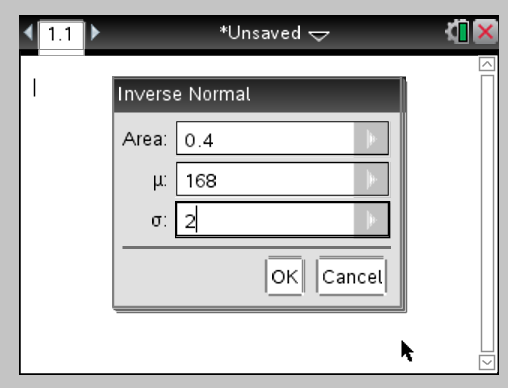 Mensa is an organisation that only accepts members who score in the $98$98th percentile or above in an IQ test. What does this mean? Select all that apply.