Angles at a Point & vertically Opposite Angles

Recall the previous definitions of angles called revolution and straight angle.  These special angles can be used to find short-cuts for solving geometry problems.

Angles at a Point

Find the size of the unknown angle $x$x.

A pair of angles are said to be vertically opposite if

We can use a picture like this to help us remember this rule.

Vertically opposite angles are equal.

(To help remember this is sometimes referred to as the X rule).

This interactive will let us explore different vertically opposite angles in practice, and show us that they are always equal.

A proof by example

Why are vertically opposite angles equal? 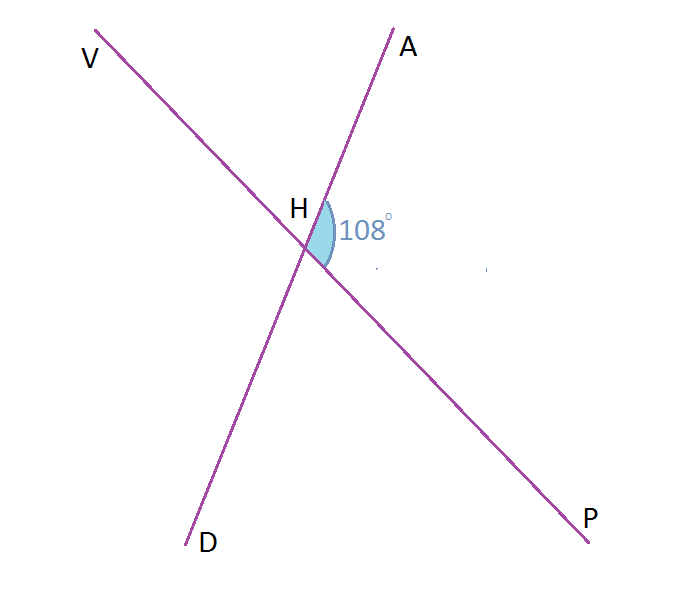 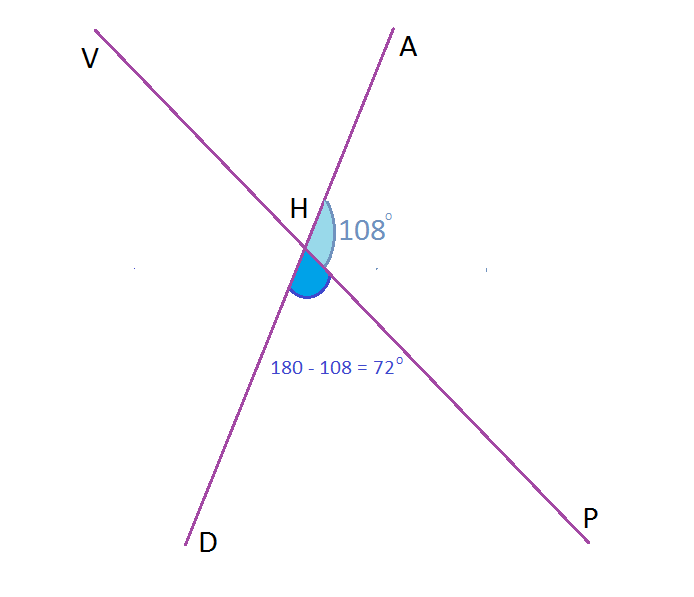 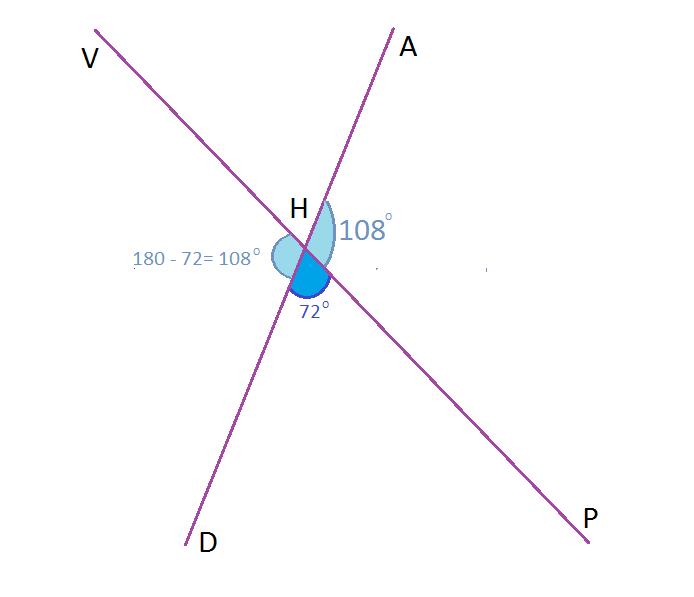 Similarly, we can see the line VP is a straight line.

So, vertically opposite angles are equal. 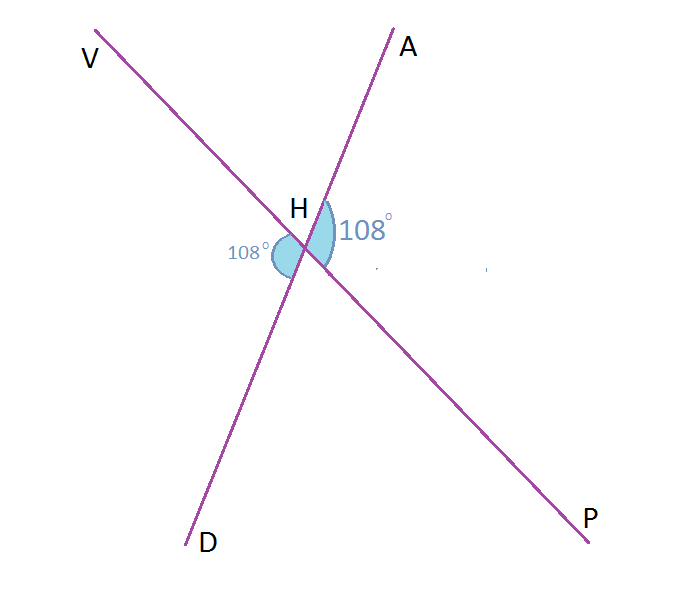 Here is another worked example.

Find $x$x in the figure below.