A time series is a special kind of graph that records successive measurements made over a period of time. It may be a series of seconds, minutes, hours, days, weeks, months or years, just to name a few. We often (but not always) draw graphs of time series data as line graphs that can be used to make predictions and draw conclusions. We read a time series data graph just like we would a line graph.

Let's look through some examples now to see this in action.

The graph below shows the maximum temperatures in Sydney and Auckland for the first ten days of January 2014. 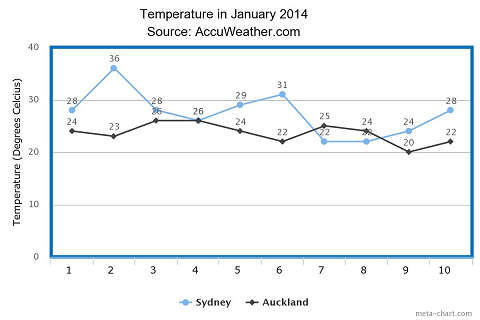 a) Sydney was warmer on the 6th of January than it was on the 4th.

b) Auckland was warmer on the 6th of January than it was on the 4th.

c) On average, Sydney was warmer than Auckland.

Do:  Let's do some calculations!

This statement is true.

e) This graph tells us why Sydney was warmer than Auckland on average.

f) There are only two out of the ten days when Auckland was warmer than Sydney.

Do: This statement is true. The maximum temperature in Auckland was only warmer than Sydney on the 7th and 8th of January. 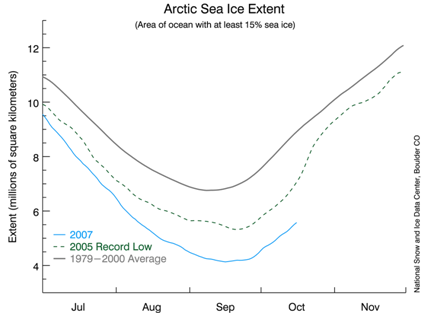 The graph shows the change in Apple Inc.'s share price along with major releases of its products. From the graph, determine whether each of the following are true or false. 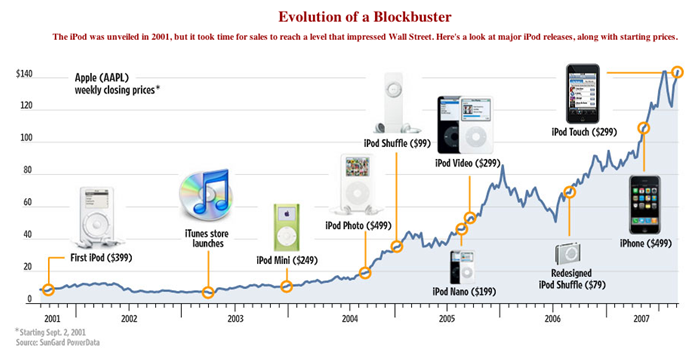