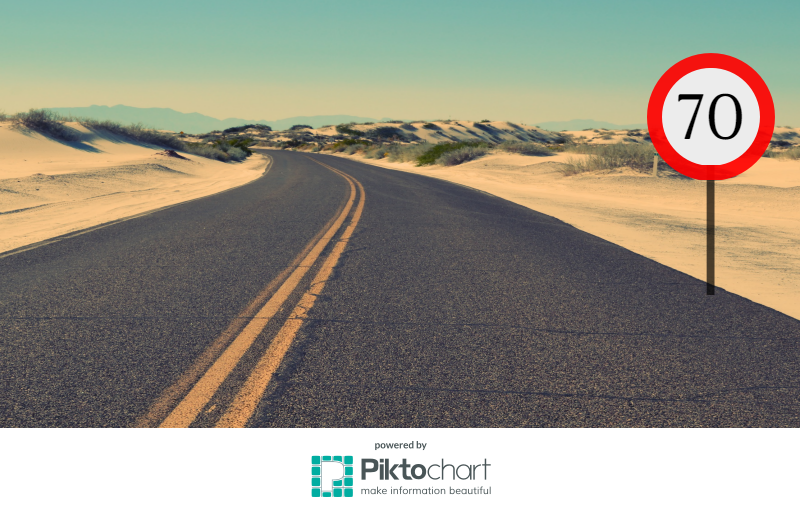 When we talk about speed, we need to put it in context. If I told you I ran at a speed of $5$5 yesterday you don't yet know whether to be impressed or not.

If I had run $5$5 kilometres an hour, that's an OK walking speed but it's not anywhere near a running speed. If I ran $5$5 metres a second that would be more impressive. Road signs often don't have a unit given, but they are standardised across a country. In most countries it would be in km/h, but in some countries like the United States and Great Britain, it would be in miles per hour instead.

Measurements of speed are a rate. A rate is a ratio between two measurements with different units. This means units of speed are actually two units put together - one unit of distance and one of time. Can you see why this would be? Think about the formula for speed.

Notice how distance comes before time in the formula? Units of speed are the same, even including the divide sign $\text{/ }$/ . For common units of distance and time we often use the shorthand, so kilometres/hour becomes km/h and metres per second becomes m/s.

What measurement is appropriate?

When considering which measurement of speed is appropriate to use, you need to think about the likely distance that would be travelled and how much time that would probably take.

You can measure speed in any combination of distance and time, but for numbers to really be useful to us we want them to be easy to compare.

When choosing an appropriate unit of speed, you should also consider the size of the numbers.

What unit is most appropriate for measuring the speed of a person while running?

Sophia captured footage of a hawk diving $200$200 metres in $10$10 seconds. Using this as a comparison, what units would be most appropriate for measuring the speed of a feather falling to the ground?

Apply the relationships between units in the metric system, including the units for measuring different attributes and derived measures