In the chapter on Travel Graphs, it was suggested that there was a relation between the slope of the graph at some point in the journey and the current speed of the traveller. 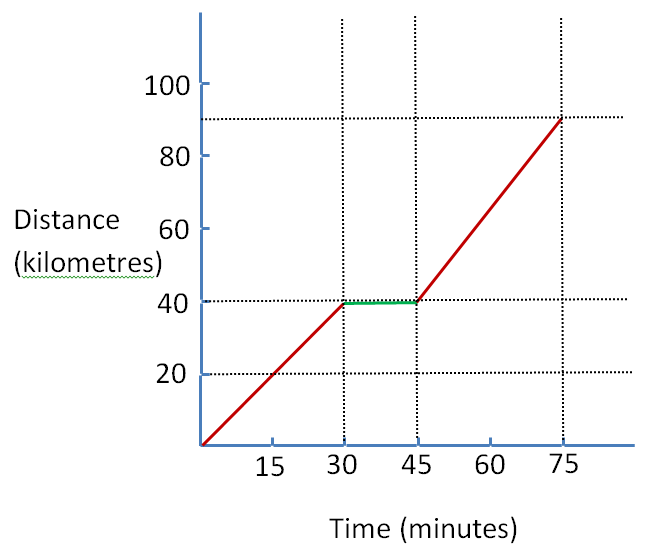 In reality, a journey does not usually consist of just a few sections each with a constant speed. We would expect a real journey to have fluctuating speeds so that the time-distance graph would look more like the following. 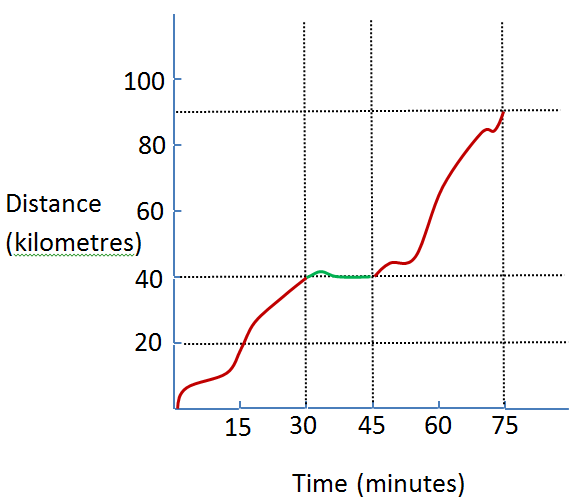 Although in the second graph the small variations in the speed are shown by deviations from the straight line, we can think of the average speed between pairs of points in the journey, as though the graph between these points was indeed a straight line. We ignore the changes of speed along the way and consider only the overall elapsed time and the distance between points on the path.

With respect to the following graph, what was the: 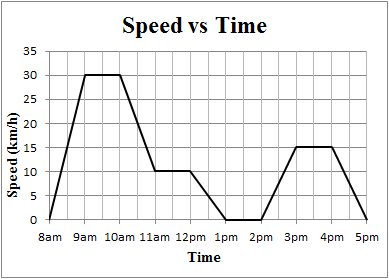 Dave states that his trip between Amsterdam and Moscow had an average speed of $80$80 km/h. Use the table, which shows the distances between cities in kilometres, to find how long the trip from Amsterdam to Moscow took Dave.

Give your answer correct to two decimal places.