Flow charts are diagrammatic ways to represent a list of actions that happen and the order they happen in.

To introduce the idea we will look at simple flow charts that use just 3 different shapes.

Ovals, are used to show the beginning and end.

Rectangles are used to convey actions 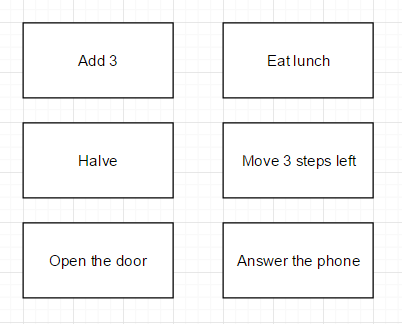 Diamonds are used to indicate decisions that need to be made. You can think of these as questions. 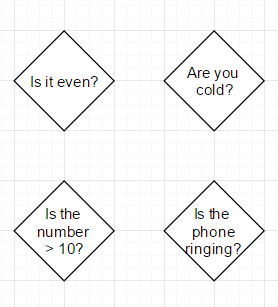 We connect these shapes with arrows to show the order we move through the flow chart.

Here is an example.

Can you see what this flow chart is describing? We read the flow chart by starting at the START and following the arrows.  You do the ACTIONS that are described until you reach the END.

A sequence of steps

This is an example of a linear sequence, it moves from beginning to end in one straight line. There are no decisions in this flow chart, just a sequence of steps to undertake.

This particular flow chart is describing one of the multiplication strategies we can use if we want to multiply by $5$5. The strategy is the start with the number, then multiply by $10$10 and then halve.

Follow my process and thinking on the same question, but this time using the flow chart. 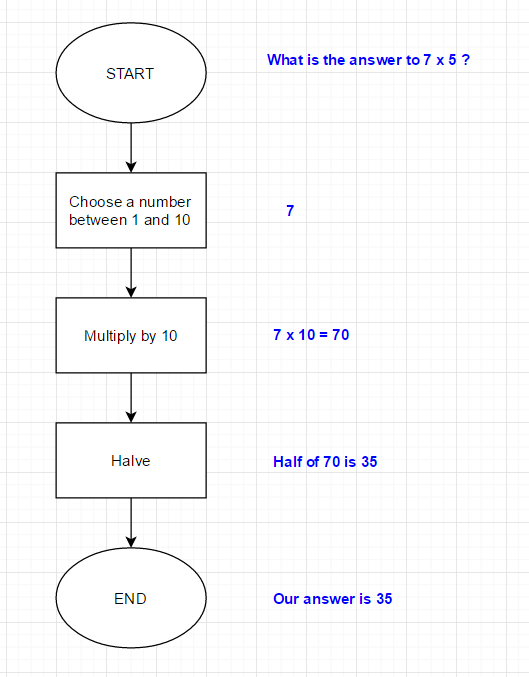 Try writing your own linear flow charts for other multiplication strategies, if you can't think of your own you can try one from this list.

Whenever we need to make a decision our flow chart branches out.

Check out this flow chart. 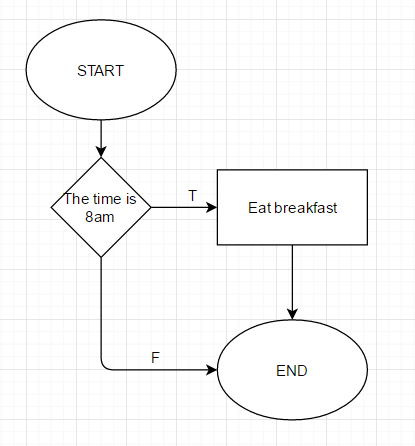 What is the flow chart designed to describe?

We could introduce an action after the no answer if we wanted to. What sort of actions could that be? What actions suit this context?

Because the decision has a yes or no answer, this creates what we call a branch in our flow chart.

In some flow charts we might want to PRINT, the number or answer.  This could be on a computer screen, on a piece of paper or just to have the person write the number down in their book.

This flow chart says to select a number, add 5 and then print the answer.

Sometimes we set a word to mean "whatever number we chose".  For example, I could say SET $NUMBER=5$NUMBER=5, and it would mean that the word number is always understood to be the value of $5$5.  Computers like this because the next time we run the flow chart, the word NUMBER could mean 7 or 10, or any other number, but the code that has been written can always refer to the word number and then the computer always knows what to do.

The final thing we will look at in this section is a loop.  Just like when you make a loop out of wire and you can trace your finger around and around the loop, so too loops in algorithms mean we can go around and around, until the code tells us to stop.

Follow this flow chart through from the START and determine what it is trying to achieve. 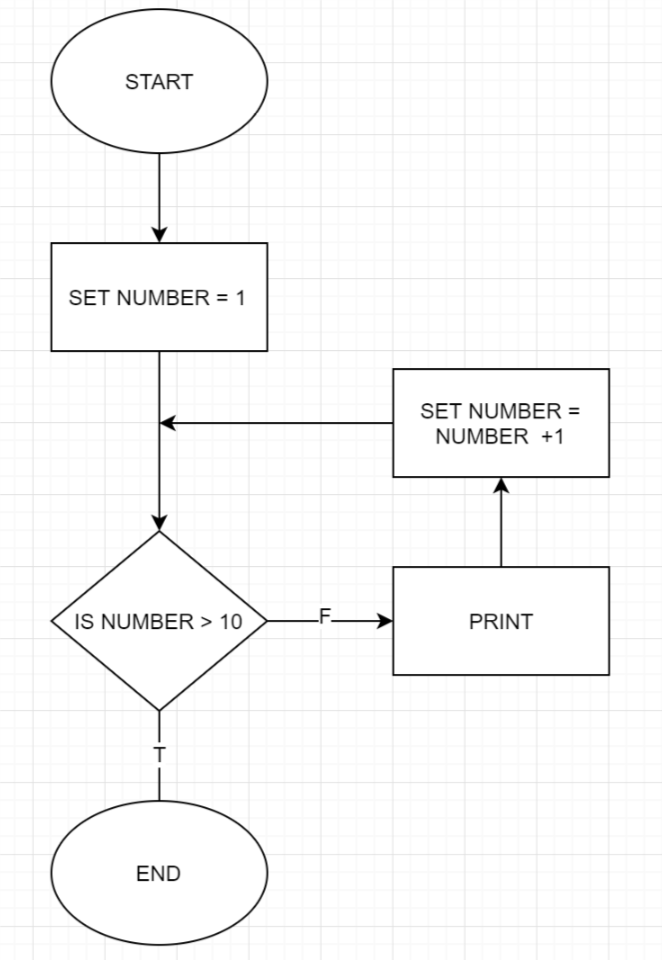 What did you get after following this flow chart?

You would have PRINTed (written down) the numbers from 1 up to 10 on your page, one at a time as you were working through the loop.

Which of the following flowcharts contains a loop?

What is the output of this algorithm if the input is $4$4?