If you look up at the clear night sky, far from city lights, you will see thousands of stars with the naked eye. There is something irresistible about the sight that makes us want to connect the dots, and societies have incorporated their stories into the shapes they make in the sky for all of human history. We call these shapes constellations, and they are another illustration that networks are in everything we see and experience as humans.

The ancient Greeks used a system that traces its origins through even more ancient Babylonian and Hebrew astronomy. The Sun, Moon, and other planets all move along a single path across the sky, and they divided this path into twelve regions. The collection of stars in each region was given a name.

Here is the constellation Scorpio:

Notice how this forms a network! Here are the other signs in the Greek zodiac: 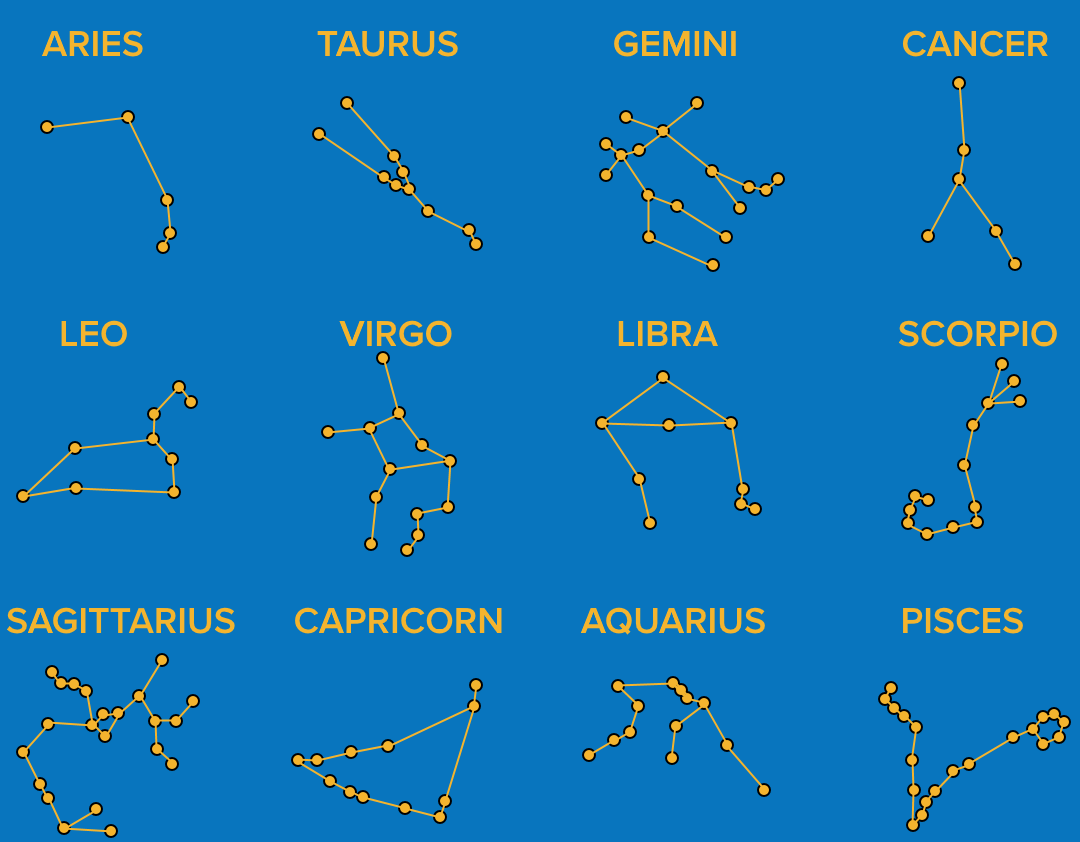 But how do you find these in the night sky? The first thing to do is locate the pole (north or south, depending on the hemisphere in which you live), and to do that, you can use other constellations.

For the southern hemisphere:

Locate the constellation Crux, known today as "The Southern Cross". Find the two bright stars nearby, "The Pointers". Draw a line from the top to the bottom of the cross, and a line perpendicular to the pointers. Where they meet is the south pole.

In Australia, the indigenous Ngarrindjeri people see a stingray, not a cross, and the two pointers are two sharks that chase the stingray across the night sky. If you remember this story, you will always be able to tell which way the sky is rotating. Read more about Aboriginal astronomy here!

For the northern hemisphere, look for the two "Dippers": 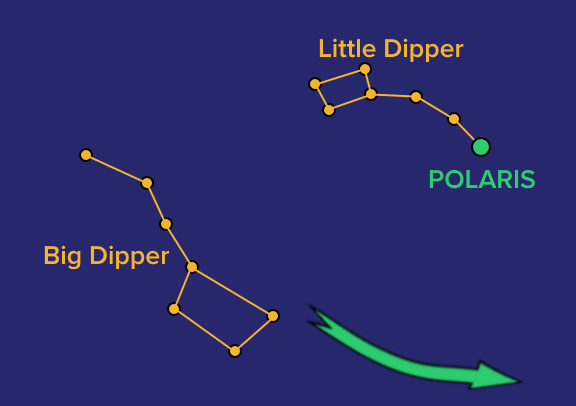 The "Big Dipper" spins around the end of the handle of the "Little Dipper", which is a very bright star called Polaris. This star is very close to the north pole, so doesn't move very much during the night.

Once you know where your pole is, you can trace out a path halfway across the sky to find the zodiac:

Point one arm at the pole, and make a right angle with your other arm. If you move your other arm around in a circle, keeping it perpendicular to the one pointing at the pole, you will trace out the zodiac - at least, the half that's visible at that time!

Once you've found the zodiac, you can start making your own connections, and giving your own names, to the collections of stars along this special path.

Remember that the Moon always travels along this path, which can help you locate the zodiac - if the Moon happens to be up that night.