Previously we looked at key features and transformations of sine and cosine functions. We use these key concepts now to discuss graphing.

The general form of the equation of a sine curve is

To sketch the graphs of sine curves, a number of approaches can be taken.  Which one you choose may depend on your preference or the question you are given.

Walk through the transformations and change the stem graph $y=\sin x$y=sinx accordingly. 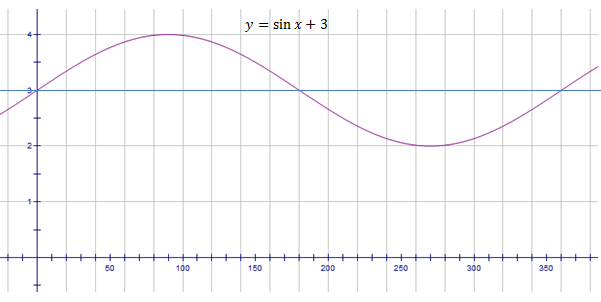 Increase the amplitude - the amplitude of this graph is $2$2 units, so we dilate the graph.  Move the maximum and minimum out an extra unit.  This is now the graph of $y=2\sin x+3$y=2sinx+3 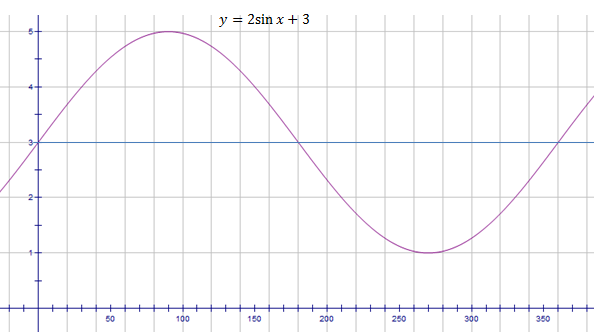 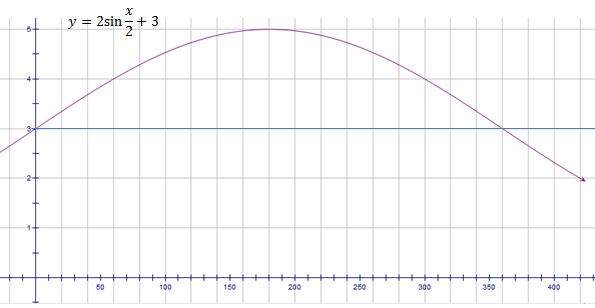 Step through the important components and create a dot-to-dot style map of the function.

Step 2 - draw the central line (indicated by the vertical translation)

Step 5 - mark out the distance of the full period.  At this stage mark out half way and quarter way marks, this will help us sketch the curve.

Step 7 - Create some dots on the starting and ending positions of the cycle (on the central line), also mark out the maximum and minimum points (on the quarter lines).

Some people prefer step-by-step constructions, some prefer the fluid changes of transformations, others develop their own order and approach to sketching sine functions.  Regardless of your approach, it will need to use the specific features of the sine curve.