Domain and range of quadratic functions

A quadratic function can be defined over the set of real numbers or over some subset of them, we call this the domain.

The range of a quadratic function depends on the particular coefficients of the function and on the domain. If the function has been defined over its natural domain, there is always either a maximum or a minimum function value. At the opposite extreme, the range extends to either $-\infty$−∞ or $\infty$∞, meaning there is no bounding value apart from the maximum or minimum.

When looking at parabolas, we will most often find that the domain is all real $x$x, also written as the set $\left(-\infty,\infty\right)$(−∞,∞), and that the range is either $\left[\text{min value},\infty\right)$[min value,∞) for concave up parabolas, or $\left(-\infty,\text{max value}\right]$(−∞,max value] for concave down parabolas. This is illustrated in the following image. 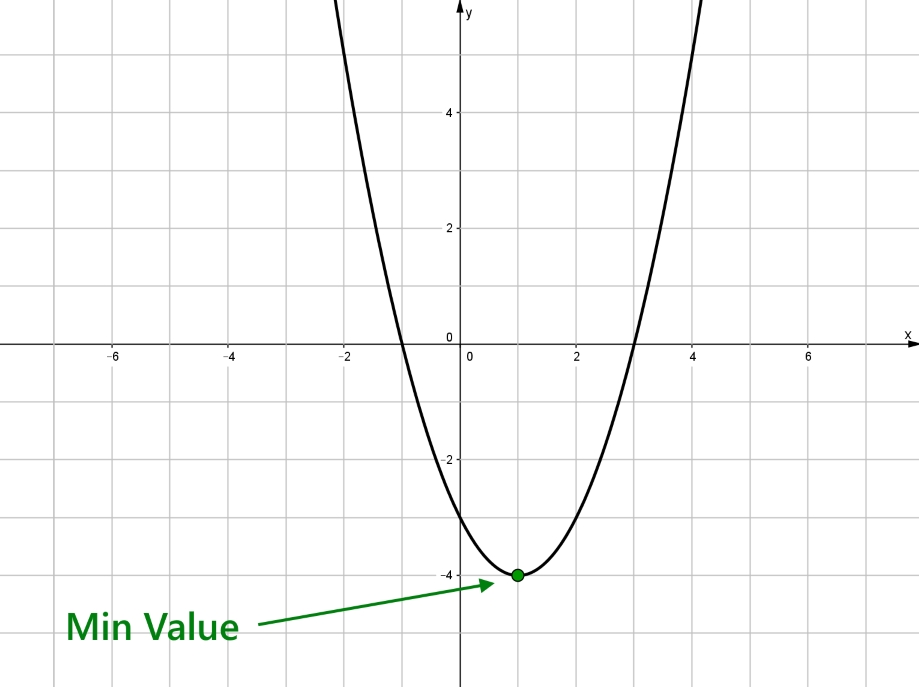 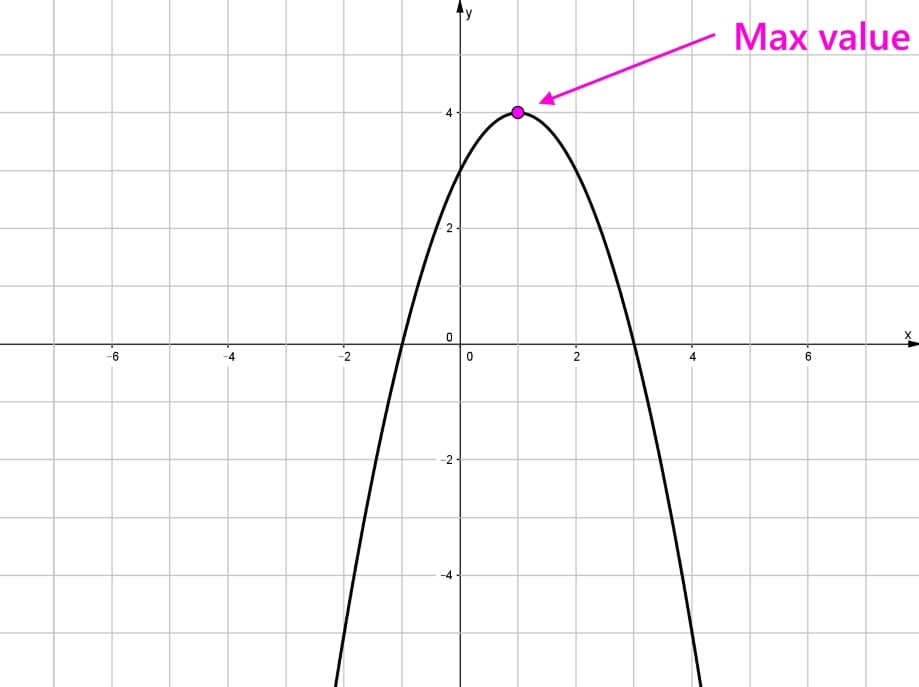 However, if the quadratic function is defined over a restricted domain such as an interval, the range also will be restricted. The set of function values will be bounded above and below in this case and some work will be required to determine exactly what the range is.

Firstly we check the end points of the interval. We are looking for either a maximum or minimum value. So, we check

We can confirm this algebraically by writing

eXTENSION: More about domain and ranges

In the two examples given, the rules make sense for every real number and we say the natural domain of each of these functions is the set of real numbers. However, we can, if we wish, restrict the domain to some smaller set of numbers. For example, we may only be interested in what happens to the numbers in the interval $[-4,4]$[−4,4] and so, we might specify this interval as the domain of the function.

Consider the graph of the function $y=f\left(x\right)$y=f(x) and answer the following questions.

Consider a quadratic function that passes through the points shown in the following table.