Some types of loans and investments attract simple interest. This is an amount calculated on the principle amount as a percentage, usually on an annual basis.

Suppose a car finance agreement includes a $9%$9% per annum simple interest charge on the initial amount borrowed over a period of $4$4 years. If the amount borrowed is $\$10000$$10000, how much interest is paid?

Following the steps in Example 1, we see that the general formula for the amount of interest paid must be

where $I$I is the amount of interest, $P$P is the principle, $R$R is the periodic interest rate and $T$T is the number of time periods. 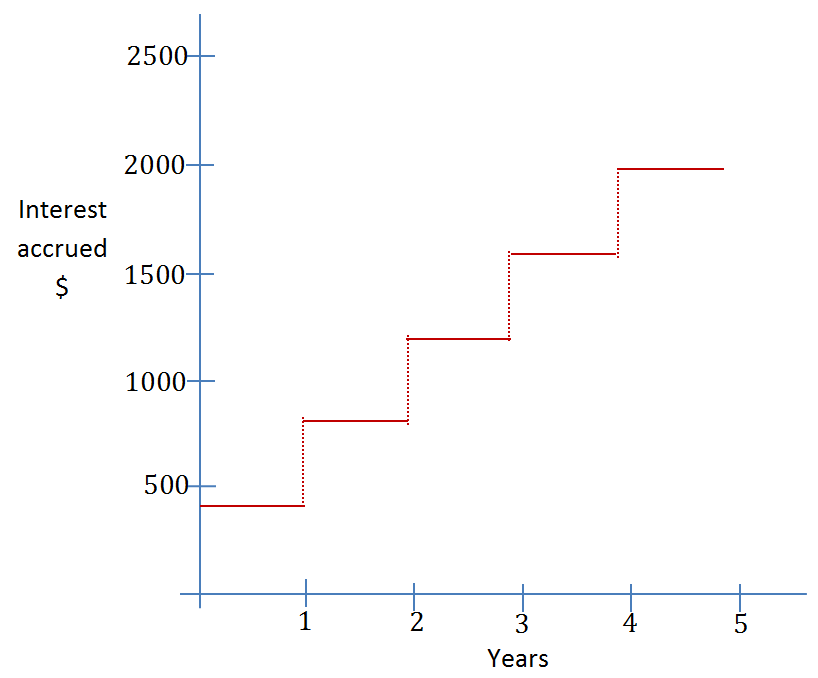 We might imagine the interest accruing monthly or daily or perhaps continuously. The corresponding graphs would have smaller and smaller steps until, in the continuous case, the graph would appear as a line.

The formula $I=PRT$I=PRT in the case where $T$T is allowed to vary continuously and the parameters $P$P and $R$R are constants has a straight line graph. Its gradient is the product $P\times R$P×R.

Each bank offers simple interest at a different rate, and for different lengths of time.