If you need to, take the time to revise division with negative powers and factorising expressions.

Notice that in the previous example we took out the highest common factor, which involved the least power out of $x$x and $x^3$x3, which was $x$x.

Well, yes we can. Remember that negative numbers can still be greater or less than other numbers. Numbers further to the left on the number line are always lesser numbers.

Therefore, we can factorise our expression by taking out the least power of $x^{-2}$x−2 as follows. 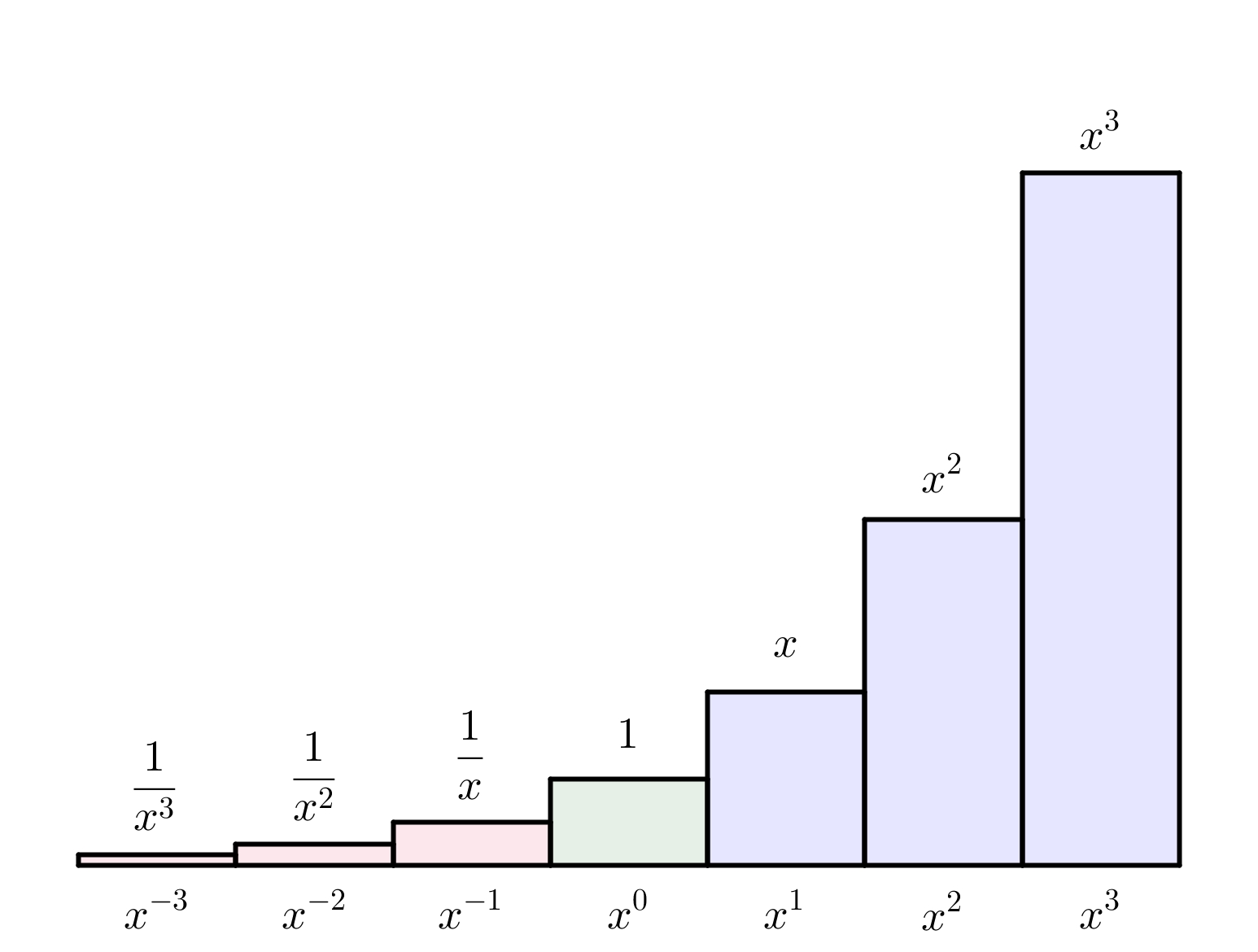 The highest common factor of any two powers you select above will always be the lesser one, even when negative powers are involved.

Notice that the method we used above is equivalent to taking out a fraction as a common factor, because of the reciprocal index law.

Note that you could factorise this answer even further by factorising the difference of two squares $y^2-1$y2−1.

The approach above extends to rational indices as well. We find the least power and divide it out of both terms.