The Number Plane (Q1 with symbols)

You may be able to find the place you live on a map but how would you describe it to somebody else on the other side of the world who didn't know where to find your town? Well, we can use a number plane to help us describe a position.

We can describe the position of any point using two values which are called a pair of coordinates.

Features of a Number Plane

A number plane is made up of a horizontal and a vertical axis.

Let's look at an example of a number line now.

To write coordinates, we write the horizontal value, then the vertical value that a point is away from the origin. For example, in the picture below, the coordinates on the smiley face are $\left(10,1\right)$(10,1) because it is $10$10 units to the right of the origin and then $1$1 unit up. 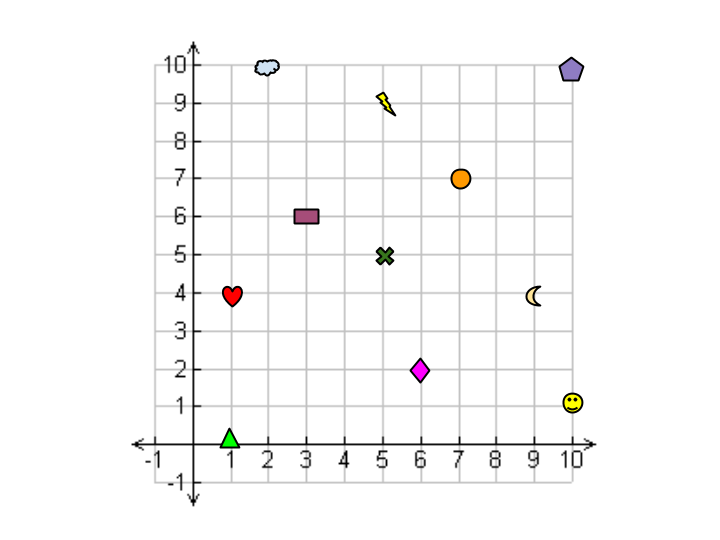 Plotting Points on a Plane

Now that we can read coordinates, we can plot (draw) the points on a number plane. Play with the applet below and practice plotting points.

Coordinates are written as: 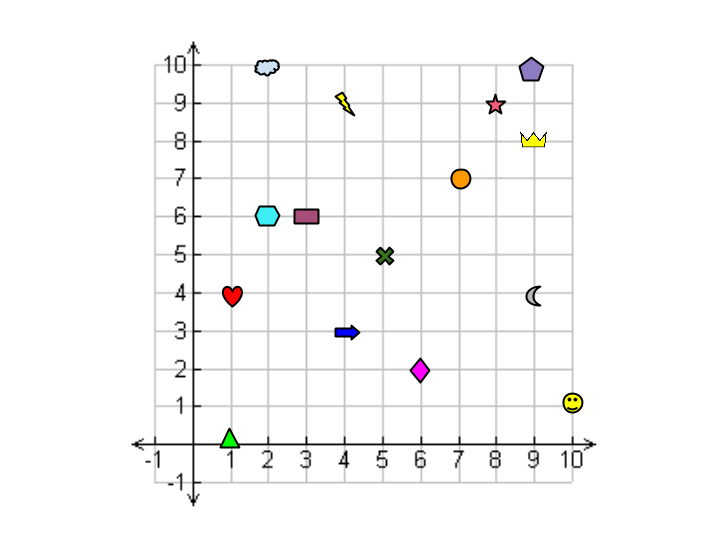 Connect members of sequential patterns with their ordinal position and use tables, graphs, and diagrams to find relationships between successive elements of number and spatial patterns.

Use a co-ordinate system or the language of direction and distance to specify locations and describe paths.