You may have learned about estimating and measuring capacity. Capacity is a word to describe how much something holds. We often use this when we think about containers.

Now we will look at comparing objects by their capacity. To compare objects we look at how much they will hold, make sure they are in the same measurement unit (such as litres) and then decide which is larger and which is smaller.

Watch this video to learn about comparing objects by their capacity.

Try these questions for yourself.

Look at the two boxes and their capacities. 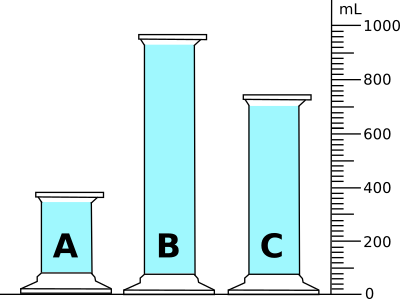 Watch this video to learn more about working with capacities.

Now try these questions for yourself.

Here is a list of the capacities of three different shaped ice cubes.

Ryan has some friends coming over and wants to make some fruit punch for them to drink.

In his kitchen then are three jugs with the following capacities:

Partition and/or combine like measures and communicate them, using numbers and units.