6.07 Scatter plots and lines of fit

When trying to determine if there is a relationship between two variables, we will collect data for various values of the independent variable and the corresponding values for the dependent variable.

Once we have a scatter plot, we can start to perform analysis such as determining correlation and a line of best fit.

Just because two variables correlate, even to a high degree, it does not imply that one causes the other. For example, there is a high degree of correlation between height and stride length. However, it doesn't mean that if you take big steps you'll grow taller!

A pattern in a scatter plot can reveal whether or not two measurements are connected to each other. In other words, the presence of a pattern signals that the two sets of data correlate. We will focus on linear patterns in this chapter.

A positive correlation is when the data appears to gather in a positive relationship.  Similar to a straight line with a positive slope.

In other words, as one variable increases, the other variables also increases.

There are varying degrees of positive correlation: 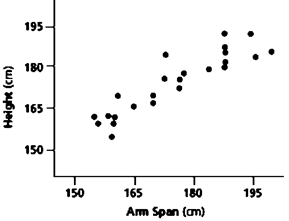 Here is a table of positive style correlations 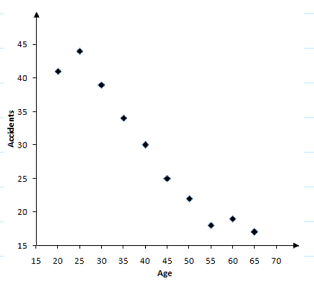 Here is a table of negative style correlations

This means that there is a random relationship between the two sets of data. 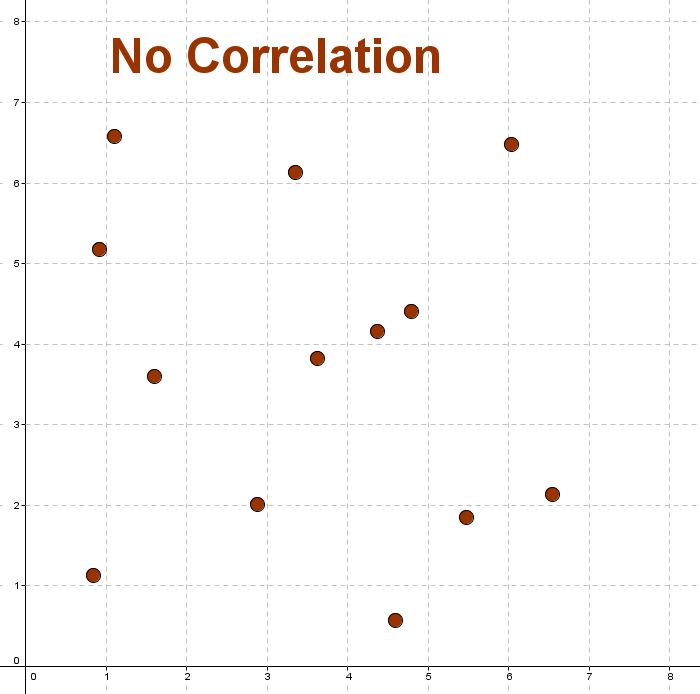 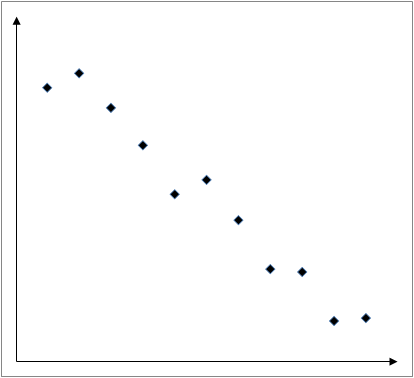 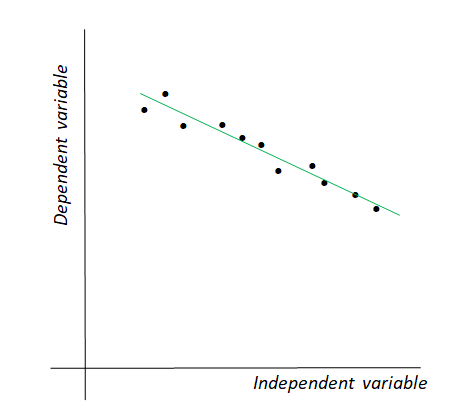 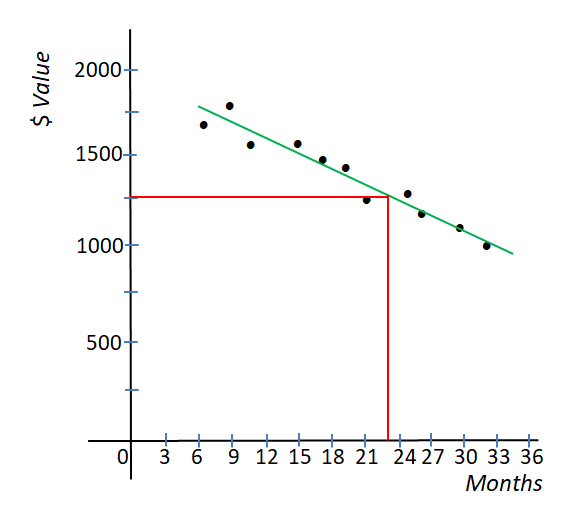 Represent data on two quantitative variables on a scatter plot, and describe how the variables are related. '[Linear focus; discuss general principle.]

Fit a function to the data; use functions fitted to data to solve problems in the context of the data. Use given functions or choose a function suggested by the context. Emphasize linear, quadratic, and exponential models. '[Linear focus; discuss general principle.]

Fit a linear function for a scatter plot that suggests a linear association.

Interpret the slope (rate of change) and the intercept (constant term) of a linear model in the context of the data.