In our lesson from Algebra 1 on lines of best fit we saw how to fit data to a linear model to make predictions and interpret patterns in the data.  Now, we'll look at how we might do the same for data that more closely resembles a quadratic curve.

As we can see from the scatter plot, the data appears to be following a quadratic pattern better than a linear one. 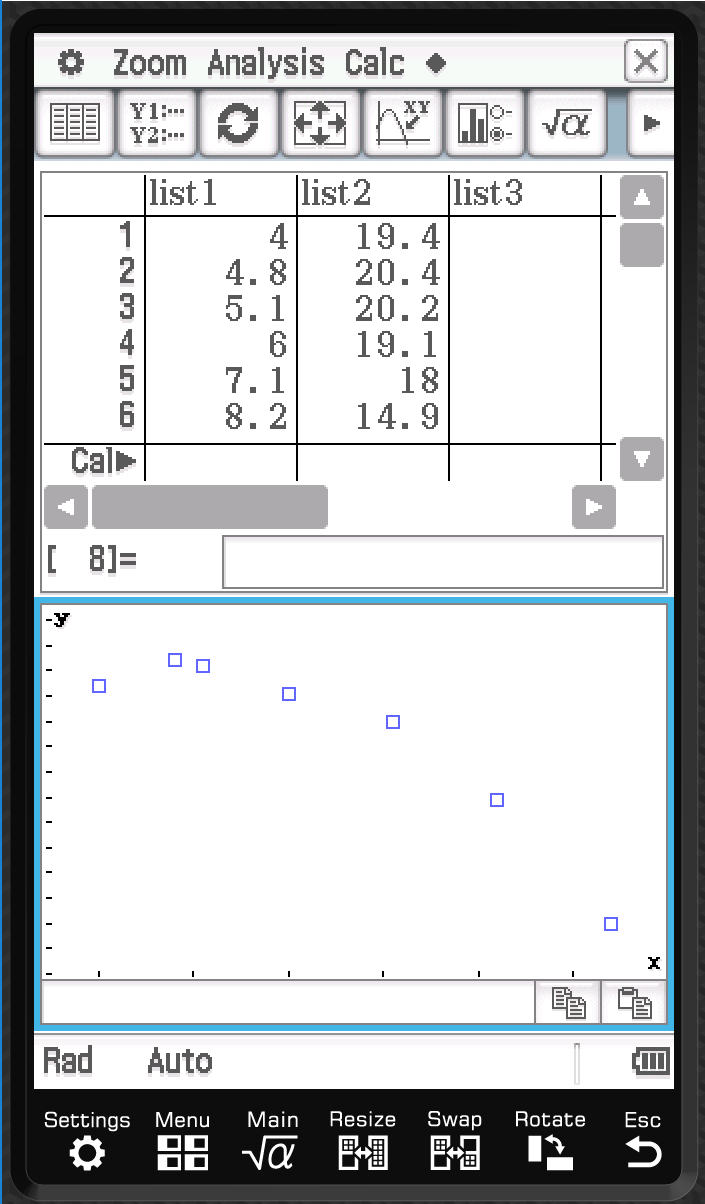 Instead of trying to fit the data to a linear function, let's have our calculator fit a quadratic regression model to the data.

As you can see, when we go to choose a model for regression, there are many to choose from. Your knowledge of functions will help you make the best choice, but this lesson will focus on quadratics. 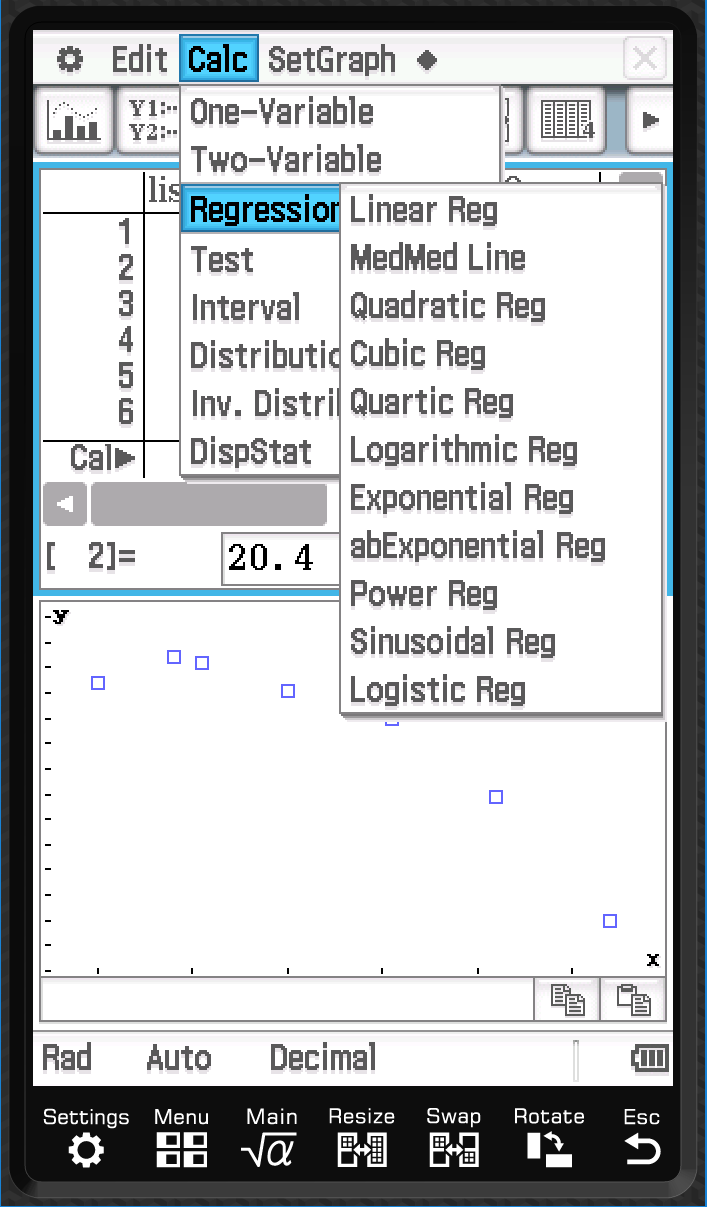 And here we have the equation of the quadratic function fitted to the data. 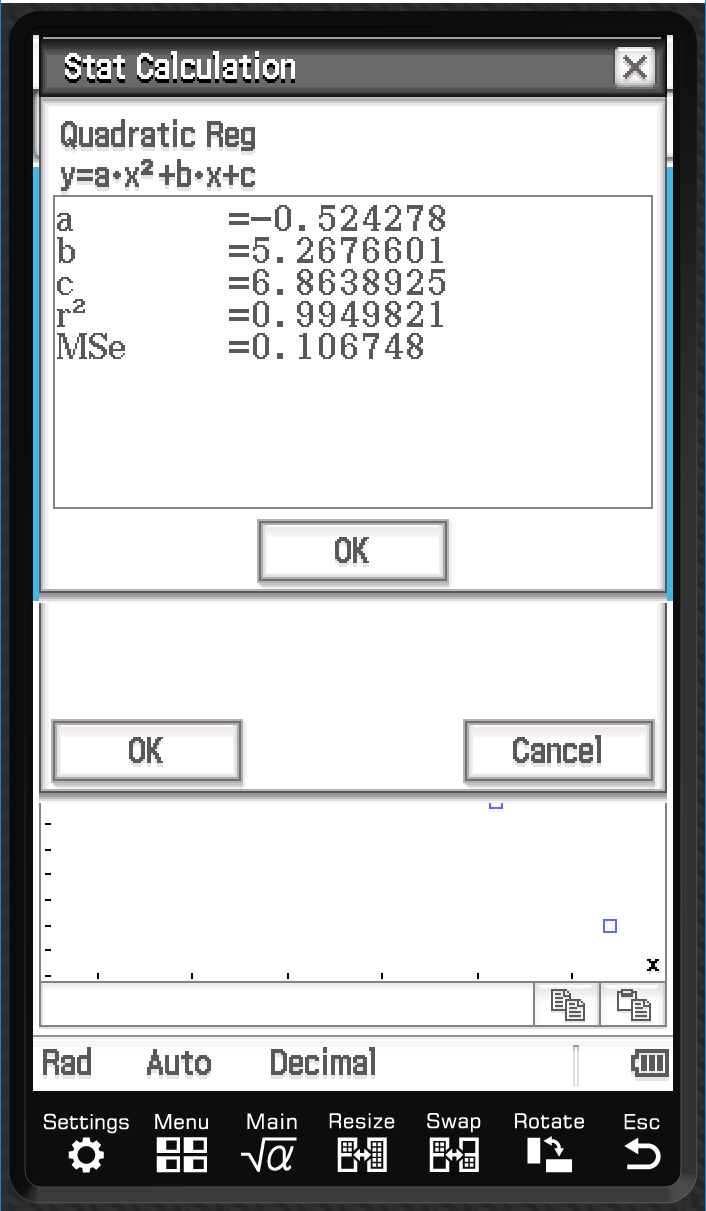 The scatter diagram shows the number of fish in pond as a function of time.

A social researcher claims that the longer people stay in their job, the less satisfaction they gain from their work. She asked a sample of people how many years they had been employed in their current job and to rate their level of satisfaction out of $10$10. The results are presented in the table.

Nine data points have been plotted below with a quadratic curve of best fit.

Interpolation and extrapolation from a model

Given a set of data relating two variables $x$x and $y$y, we can use a model to best estimate how the dependent variable changes in response to the independent variable $x$x. A model allows us to go one step further and make predictions about other possible ordered pairs that fit this relationship.

Say we gathered several measurements on the population $P$P of a small town $t$t years after an earthquake. We can then plot the data on the $xy$xy-plane as shown below.

We can fit a model through the observed data to make predictions about the population at certain times after the earthquake. One plausible model might look like this function:

If we predict the population six years after the earthquake, we find that the population is roughly $16$16. A prediction outside the observed data set such as this one is called an extrapolation.

Consider if we were to use the following quadratic model to fit the data. We can see that interpolating doesn't change much from the previous model, but the predicted values from extrapolation are very different.

With further information, say like government funding and support aid, the population of the town might increase after a certain point and so the polynomial curve may be an appropriate model to use.

A prediction made within the observed data is called interpolation.

A prediction made outside the observed data is called extrapolation.

Generally, extrapolation is less reliable than interpolation since the model makes assumptions about the relationship outside the observed data set.

The height of a particular projectile $y$y in meters was measured at different times $t$t in seconds and the following curve of best fit was drawn.