An exponent (or power) is a small number placed in the upper right hand corner of another number to note how many times a base is being multiplied by itself.

Think of the base as that being closest to the ground, and the exponent (or power) is above. 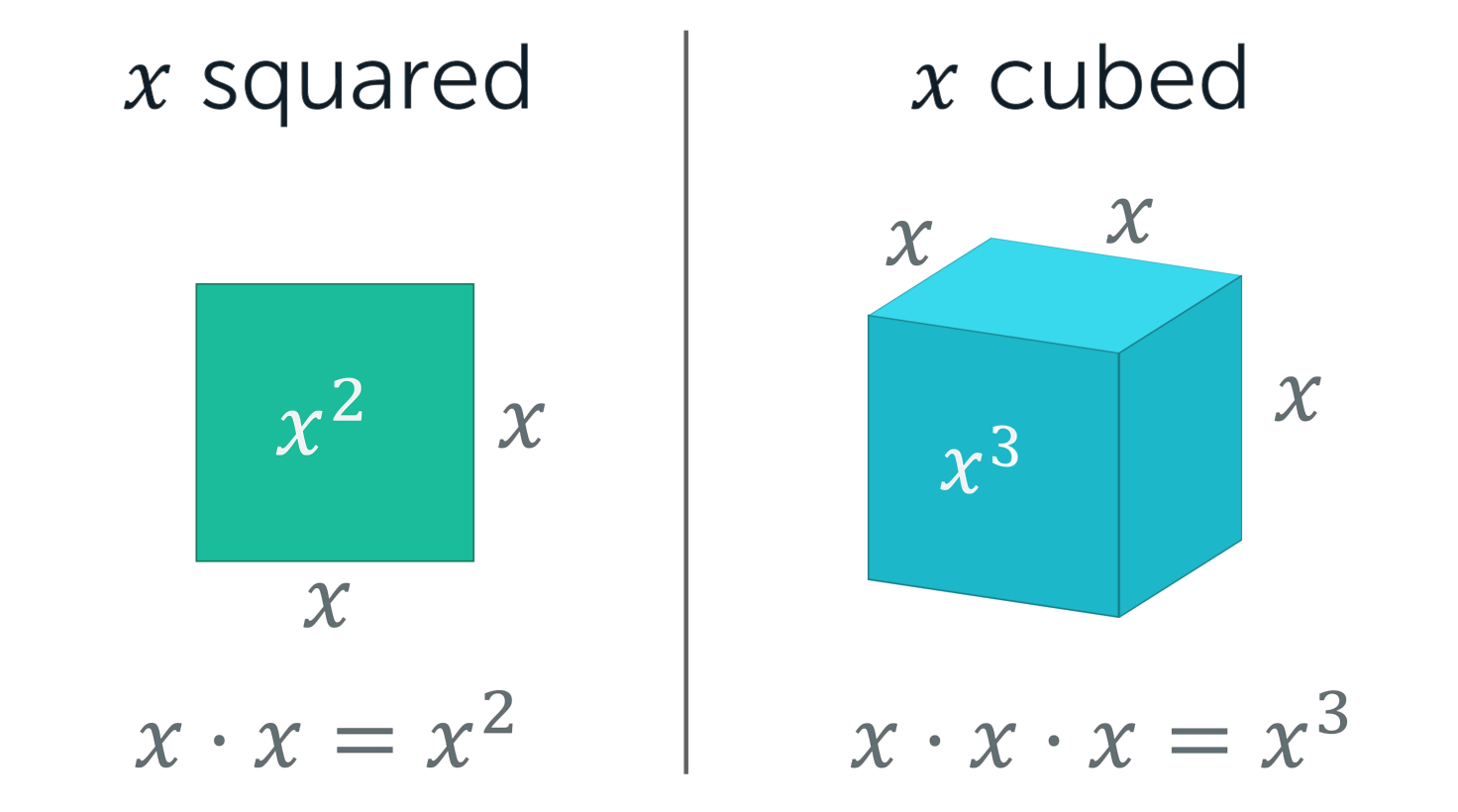 The following demonstration illustrates more of this notation. Try varying the bases and exponents (by moving the sliders) to see how the numbers change.

Identify the base and exponent for the expression $2^5$25 and then rewrite in expanded form.

Let's focus our attention on numbers raised to the power of two, known as square numbers or perfect squares. For example, the expression $3^2$32 is often referred to as "three squared".

What does it mean to 'square' a number? Look at the pattern below!

You can see above that each formation of dots forms a square.

Use the applet below to explore the first $20$20 perfect squares. Consider the questions below as you explore.