How likely is something?

Often we can't be certain of something happening, and we are only able to calculate the chance it might happen. We can think of the chance as having levels, and we may use words such as:

to describe the probability of something happening.

If we roll a die, our fractions change, because a die has $6$6 sides. Let's explore this in Video 1.

If it is impossible for something to happen, then the probability will be $0$0. If something will definitely happen, it has a probability of $1$1.

This spinner is spun. 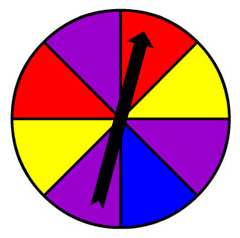 Xanthe takes a marble out of the jar without looking. 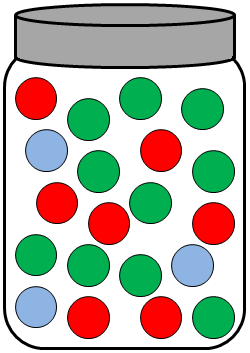