In geometrical problems and proofs, we can interpret line segments as vectors.

A line segment drawn between two points whose coordinates are given is equivalent to the vector formed by the difference between the vectors defined by the given points. The following diagram illustrates this idea. 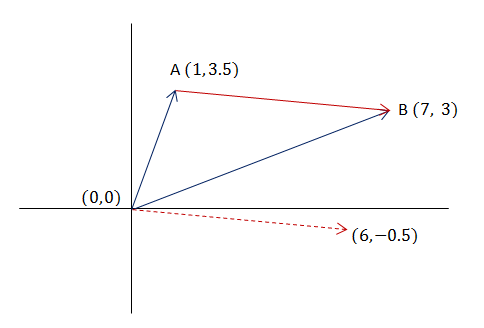 To perform a vector addition or subtraction when the vectors are given in the form of magnitudes and directions (that is, as arrows) we should convert the vectors into coordinate form first. This may involve some trigonometry. 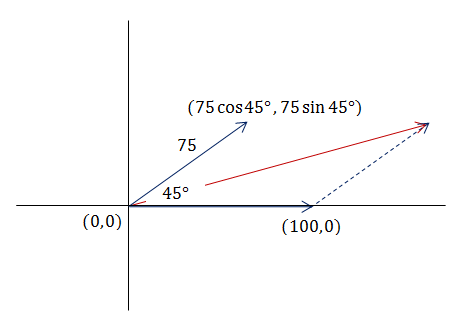 For many problems to do with vectors, it is sufficient to understand the basic ideas presented in other chapters about magnitude, components, addition and subtraction, and scalar multiplication.

Vectors $U$U, $V$V and $W$W form three sides of a triangle, as shown in the graph below.