Vectors can be added together.  To do this, we use what is called the top to tail method.  We put the head of the second vector on top of the tail of the first and the resultant vector (of the result of adding the two vectors together) is the vector that reaches from the initial point of the first, to the terminal point of the second. So adding vectors u and v below, results in w. 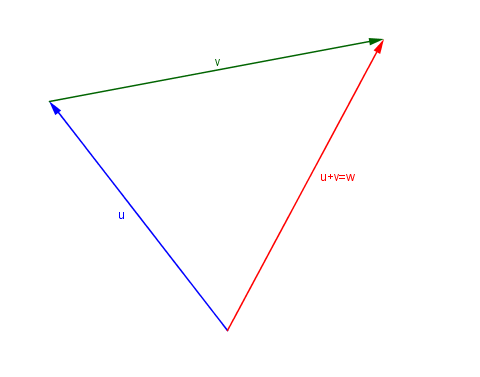 So geometrically this is what is happening with vector addition, let's now look at the algebraic process.

Let's look at what happened geometrically with the same vector addition. 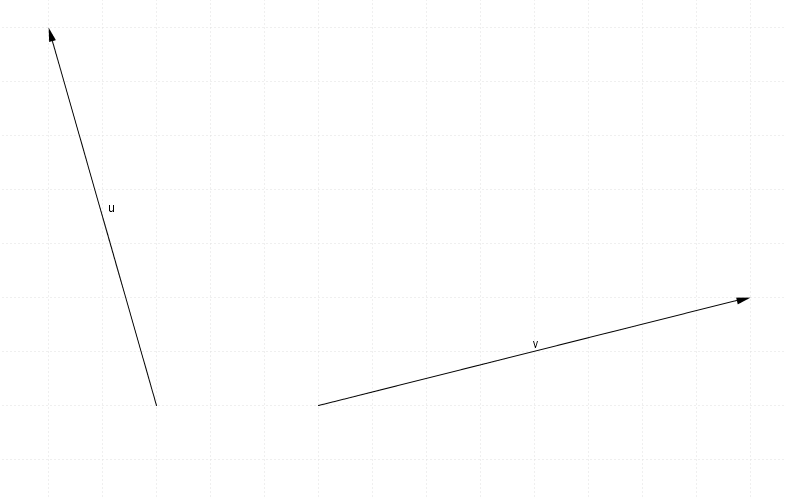 We can see that the matrix components above, relate directly to the $x$x and $y$y components of these vectors. 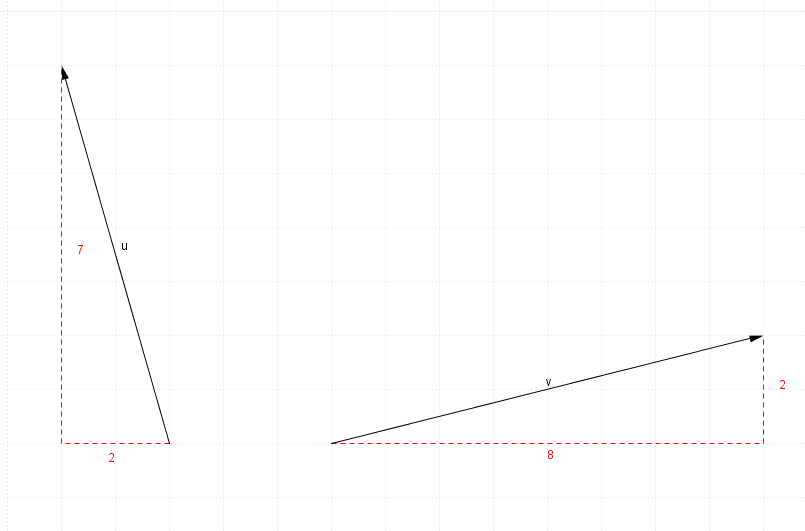 To add together, we reposition vector $v$v so that the head of $v$v, is positioned at the tail of $u$u. 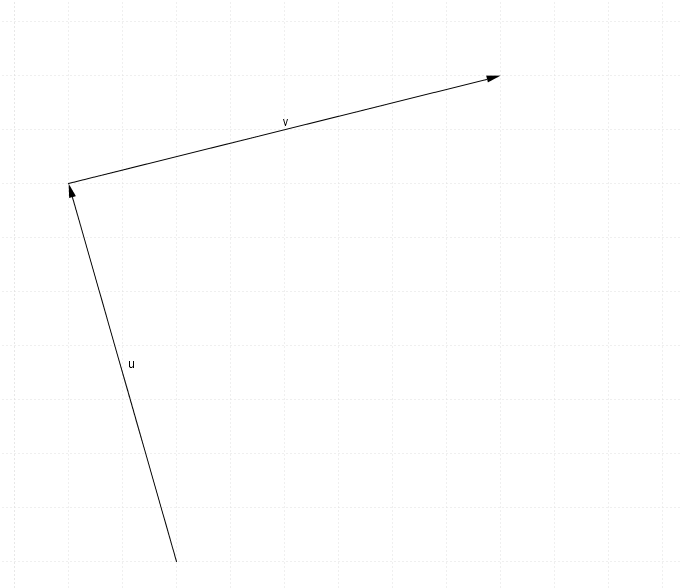 The resultant vector is the vector that extends from the beginning of $u$u, and ends at the tail of $v$v. 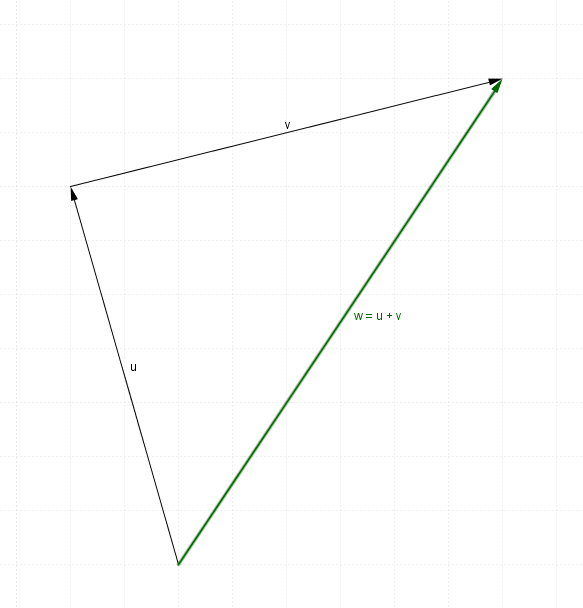 This vector has $x$x and $y$y components as shown here. 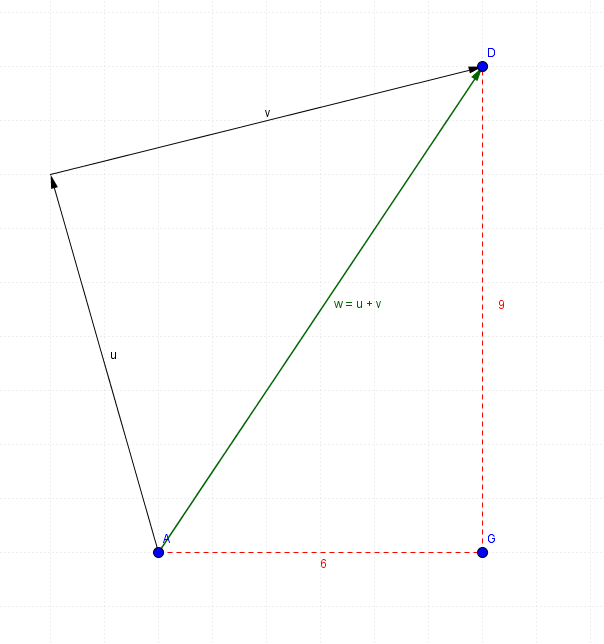 And this is the same as the matrix result we had earlier.

Using column vector notation, makes adding vectors a relatively simple process akin to adding column matrices.  We just added the corresponding elements together.  Thus, using this process, we can add any number of vectors together.

This applet will allow you to create vectors of given sizes, and then demonstrate their additions geometrically.

Which vector is the result of $a+b$a+b?

Consider the two vectors $a$a and $b$b, as graphed below.