Data on the News 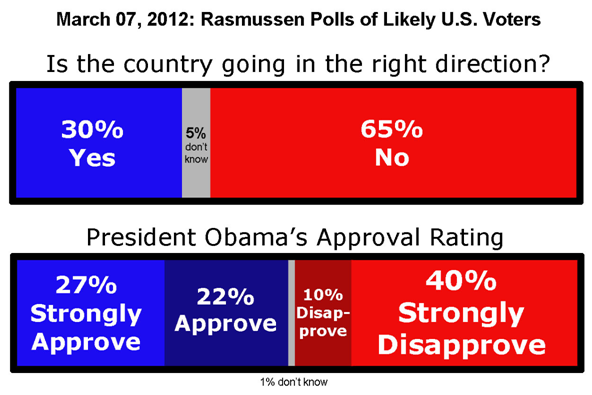 You may have come across “opinion polls” if you follow the news. Opinion polls, or simply polls, attempt to measure what people – the entire population – think about a subject or person. They do this by asking just a few thousand people (a sample). From the responses provided by this small group, we can then try to represent the opinions of the entire population. The figure to the right is an example of a poll in the US that was taken concerning the performance of president Barack Obama. Whilst this polling may not be entirely accurate, the samples are always chosen with the aim of being representative of the population.

Go to the Newspoll website www.newspoll.com.au and click on “Opinion Polls” >> “Latest Polls” >> “Federal voting intention and leaders’ rating” (for the most recent period). Answer the following questions by referring to the most recent poll in the report.