The problem with average (Investigation)

A Genius In Your Classroom

Let's look at one example of this. Let's say that your maths class has $10$10 students in it, and these are everyone's test scores:

However, the next day let's say a new student comes to your class. That student is Terence Tao (陶哲軒), an Australian mathematician of Hong-Kong ancestry who has been described as the smartest person in the world. When Terence was $8$8 years old, he was teaching calculus to high school students, and he started university when he was just $14$14 years old. In 2014, he won a $\$3$$3 million prize for his groundbreaking discoveries in mathematics. Needless to say, Terence would find your test fairly easy. Let's say everyone gets the same score in the next test, except Terence, who gets $100%$100%. Now how would your classes scores look?

Let's say that another new student comes, John von Neumann. A Hungarian mathematician described by many as the smartest person of the 20th century, when John was only $6$6 years old he could divide $8$8 digit numbers in his head and memorise pages of phone books. When he grew up he made huge discoveries in mathematics, physics and computing. What would happen if John also joined your class and got $100%$100% on your test?

One way to get around this problem of outliers changing your average too much is to use the "median" as the average instead. In this case, the median is the "middle person" in our class. To figure this out, we line the scores up in ascending order and pick the middle one.

What would the median be for your original class of $10$10 people?

What would the median be for the class with Terence and John in it?

A Secret Plan To Make Everyone in Your Class Above Average

If your teacher uses the mean as the average for your class, you can make everyone above average using this simple trick. Just tell your teacher that there are a few "new students" in your class on the day of the test, and dress up a few sacks of sand in a school uniform (with a smiley face painted on), and sit them in front of a desk.

The sacks of sand will all get $0%$0% on their test (hopefully). Let's have a look at what would happen to the mean in the class we looked at before (without the geniuses).

What would be the mean for this class?

How many sacks of sand would you need to make all the student's scores be above the class mean?

How many sacks of sand do you think you would need for this to work in your real class at school?

Would this work if your teacher uses the median as the average?

A Country Of Millionaires

What would the mean income for this country be? Would you still want to live there?

This sort of situation is called a "bimodal distribution".

Normally, what you expect is a nice smooth distribution of poor and rich people, where the mean lies in the middle, like this: 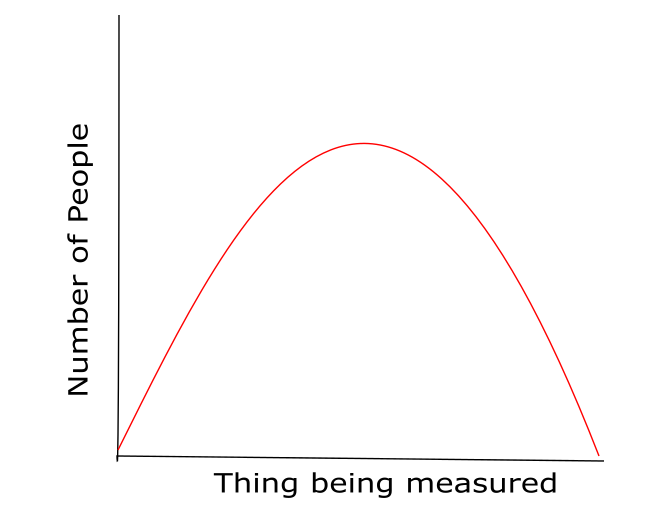 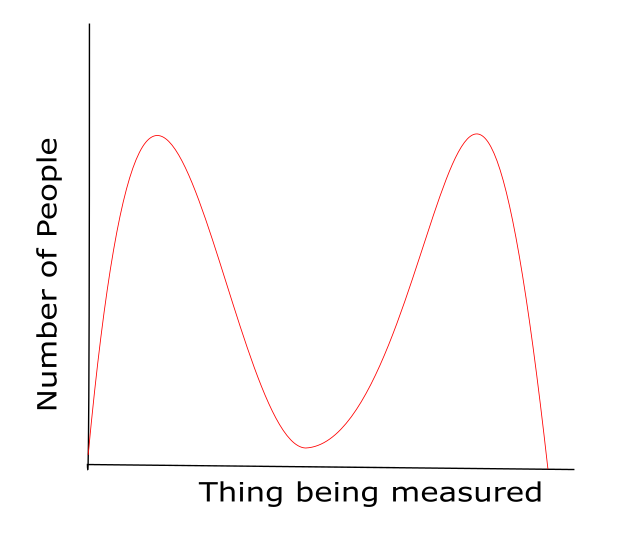 The way in which the average can be affected by outliers and bimodal distributions may seem like something you would only use in your maths class, but in fact you can see examples of it everywhere. Here are a few:

The average life expectancy in Ancient China (as well as Ancient Rome and Ancient Greece) was around $35$35 years old. If that is the case, why do we hear about so many elderly people in history class? See if you can do some research and figure it out!