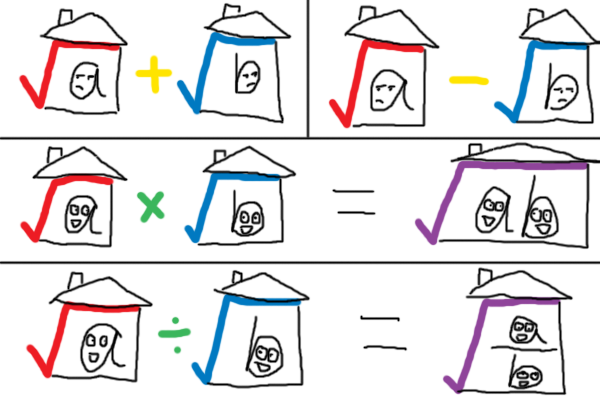 We have already learnt that two surds can be combined into one through multiplication or division, but what about addition or subtraction? Well, let's see what happens when we try to apply the same techniques!

So when dealing with these kinds of problems, make sure to simply all surds first.