Rational Numbers and Playing With Fractions

Of course fractions are already expressed in this way so they are rational. Most of the numbers we have encountered so far are also rational, so let's take a look at how they can be expressed as fractions.

Some decimals are quite sneaky and belong to the next group of numbers... 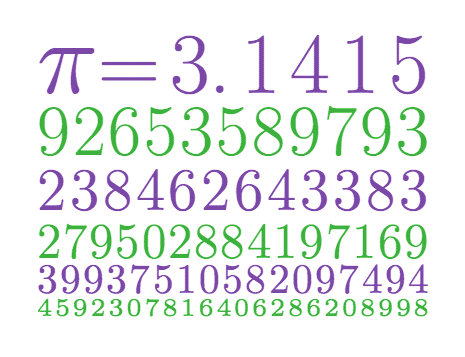 I'm sure that you must have come across the famous never-ending decimal $\pi$π that is loved by mathematicians everywhere by now. Well guess what, this is an irrational number! No matter how hard you try, you won't be able to transform it into a fraction.

Can you think of any other examples of surds? Try putting them in your calculator to see if they can actually be simplified!

Use a calculator to try and work out if the following numbers are rational or irrational. If they're rational, express them in fractional form.

This does not simplify down to a rational number, so it is irrational.

This is a fraction so it is rational.

Determine if the following number is rational or irrational: $-\sqrt{64}$−√64

The number $\pi$π has currently been calculated to 10 trillion digits! Wow!