A cyclic quadrilateral is a four-sided shape that has all its vertices touching the circle's circumference, such as the one shown below. 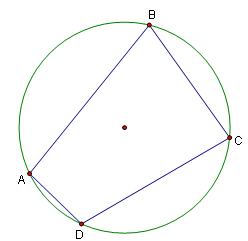 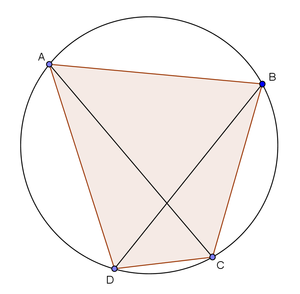 Therefore, adding the previous two statements we get

The converse of this theorem is also true.

In the diagram, $O$O is the centre of the circle. Show that $x$x and $y$y are supplementary angles.