In this chapter, we are going to look at some different rules we can use to find angles within circles. You can use all the rules you already know, so let's start with a recap.

There are some properties of angles that may also be useful when solving problems involving circle geometry.

Have a look a the diagram given here: 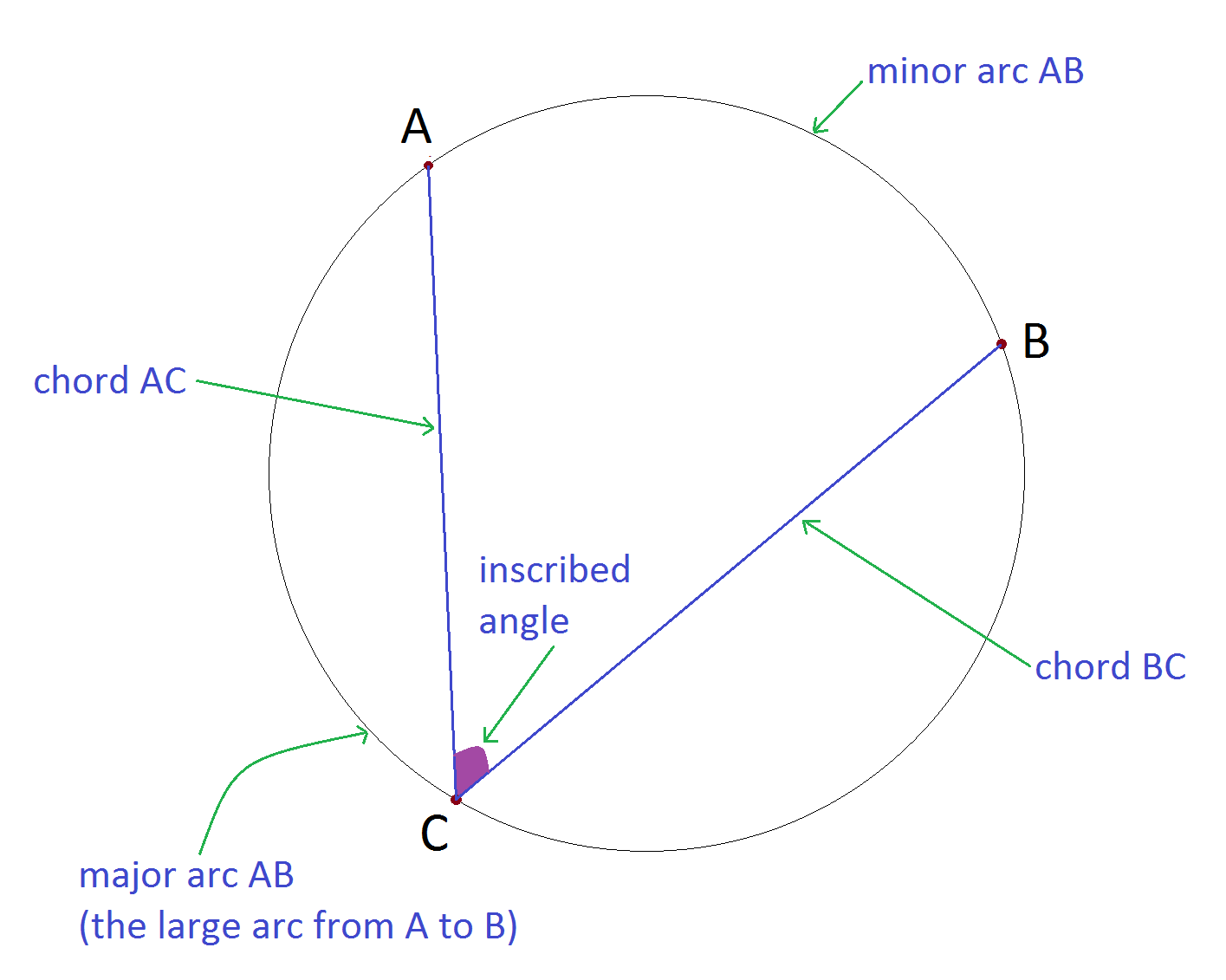 The angle formed by chord $AC$AC and chord $BC$BC at the common point $C$C is called the inscribed angle. This angle as the vertex at point $C$C, we would write it as $\angle ACB$∠ACB or $\angle BCA$∠BCA

Note also the language of major arc and minor arc.

Have a play with this mathlet and see what you can find.

What you may have just discovered is that if you keep points A and B fixed, and just rotate C around the circle then the ANGLE is always the same.  This has a special name:

When there are two fixed endpoints, the angle $\left(a\right)$(a) is always the same, no matter where it is on the circumference.

Angle at the Centre Theorem

Let's now add some more line segments to our diagram.  Particularly the ones from $A$A and $B$B to the centre $O$O. Now we have two angles of interest, the inscribed angle as mentioned before and another angle we call the Central Angle.

Have a play with this mathlet and see if you can find a connection between the two. 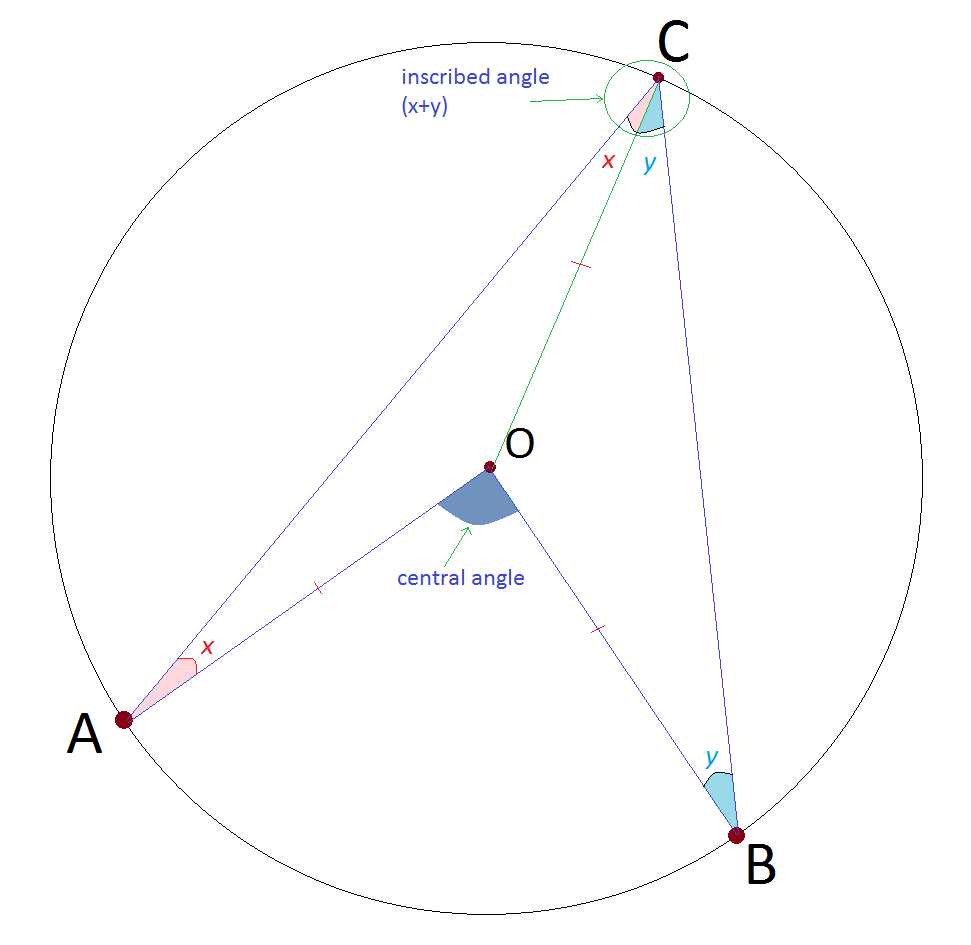 We have drawn a green line from the origin to Point $C$C on the circumference, to form two isosceles triangles (since the radii makes a pair of sides in each triangle equal).

$\therefore$∴ the central angle is double the inscribed angle.

Angle in a Semicircle

A particularly interesting event is when points $A$A and $B$B create a diameter, thus creating a semicircle. The angle at point $C$C is a right angle. (Use the mathlet above to check) 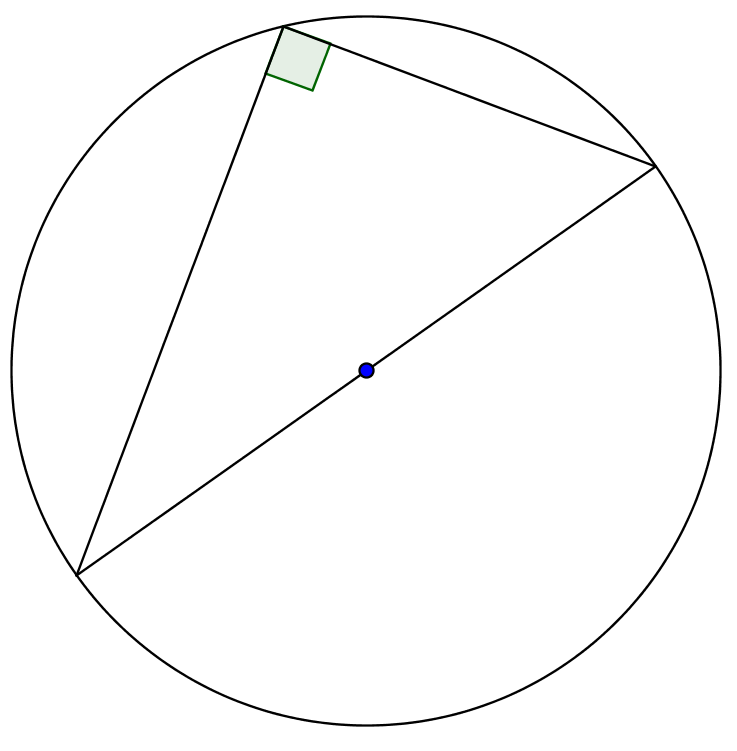 We are also able to deduce that if the inscribed angle is a right angle, then the chord $AB$AB is a diameter. 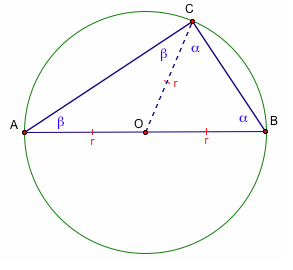 A cyclic quadrilateral is a four-sided shape that has all its vertices touching the circle's circumference. 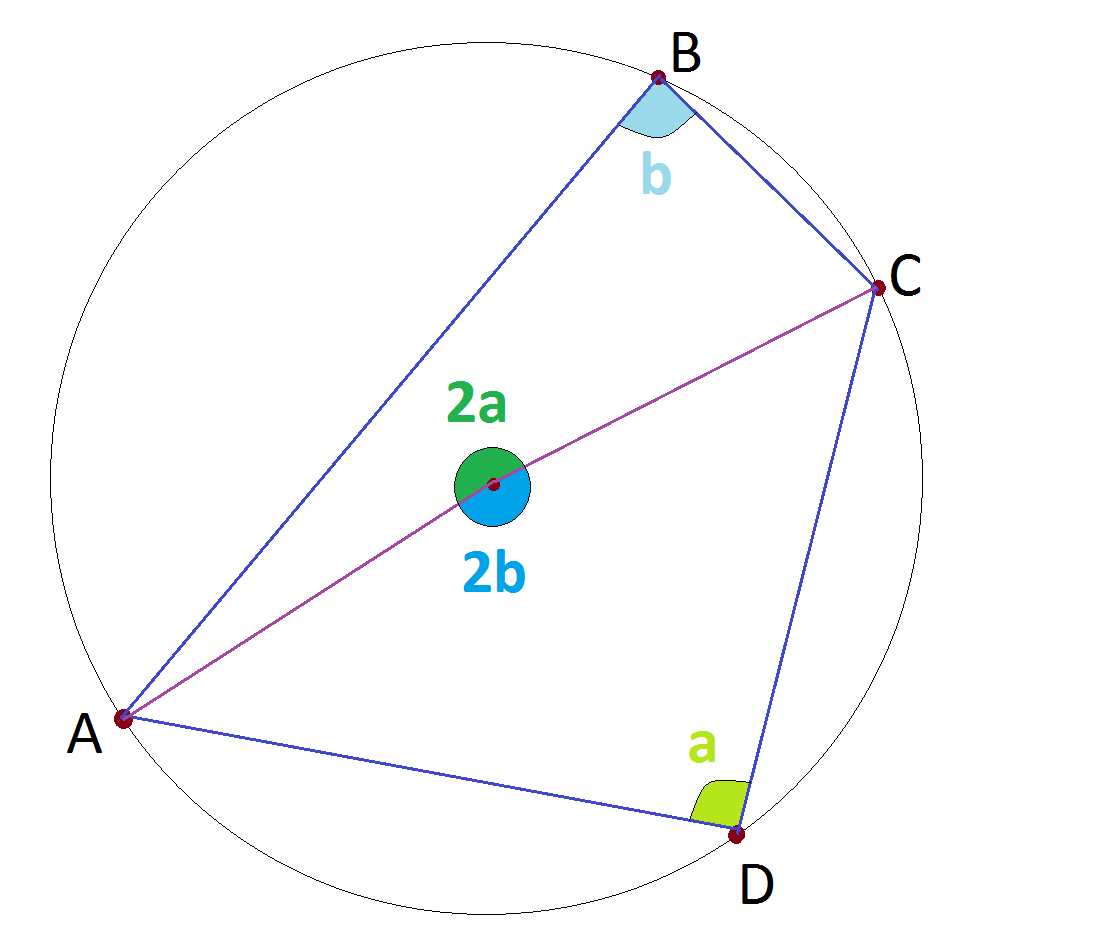 Calculate $x$x and give reasons for your answer.

In the diagram, $O$O is the centre of the circle. Calculate $x$x.