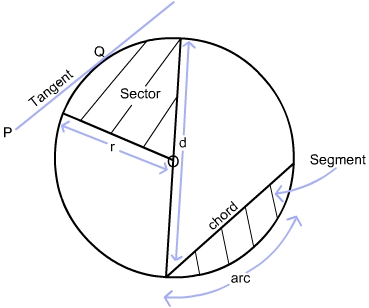 Which of the following is a secant of the attached circle? 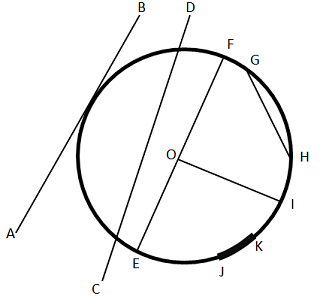 Which of the shaded areas represent a segment of a circle? Choose all correct options.