Recall that if two triangles are similar, then one is an enlargement or reduction of the other. 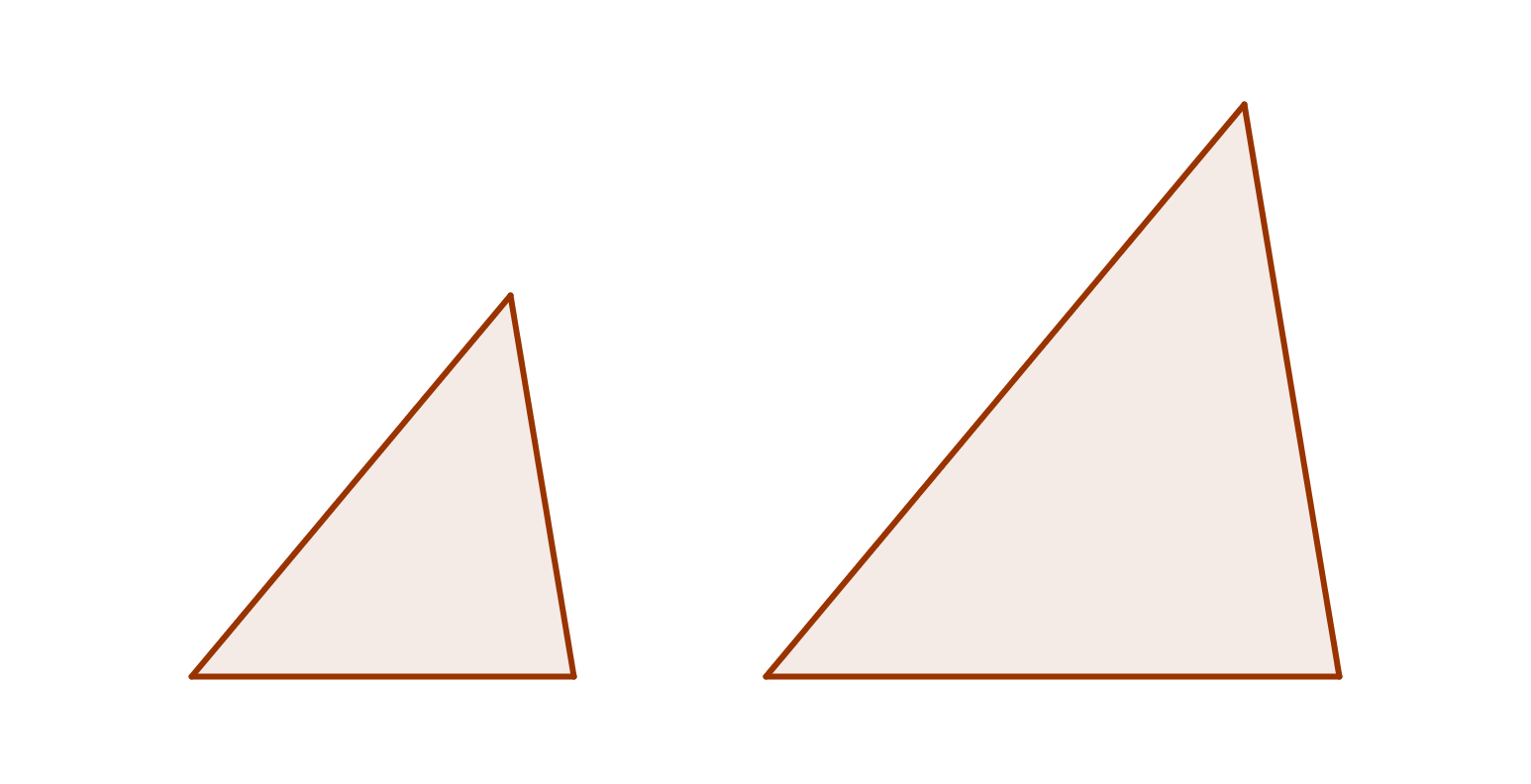 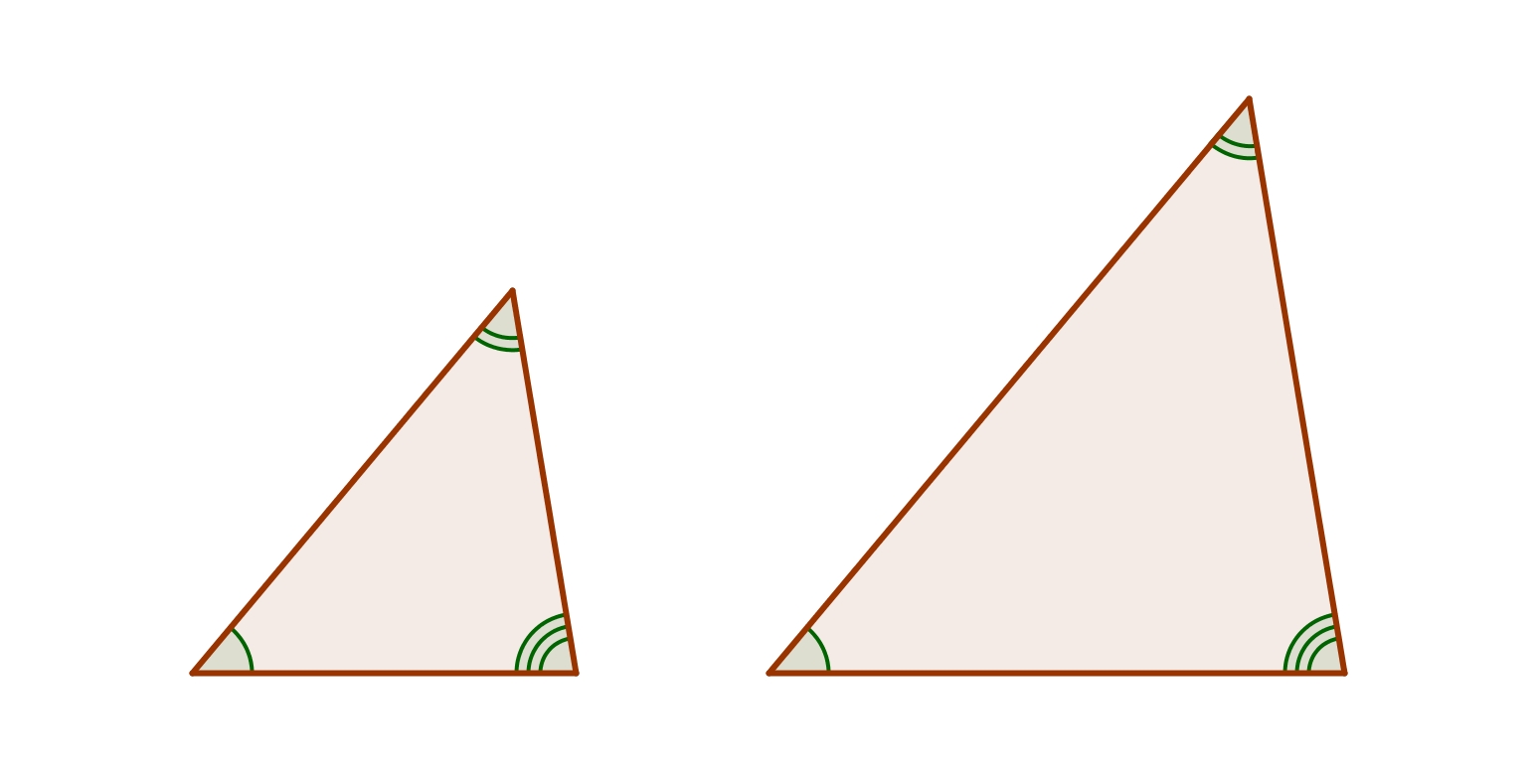 There are three main methods we can use to prove that two triangles are similar.

You can revise these ideas here.

We're going to use our knowledge of similar triangles along with other geometric concepts to come up with some more general proofs. 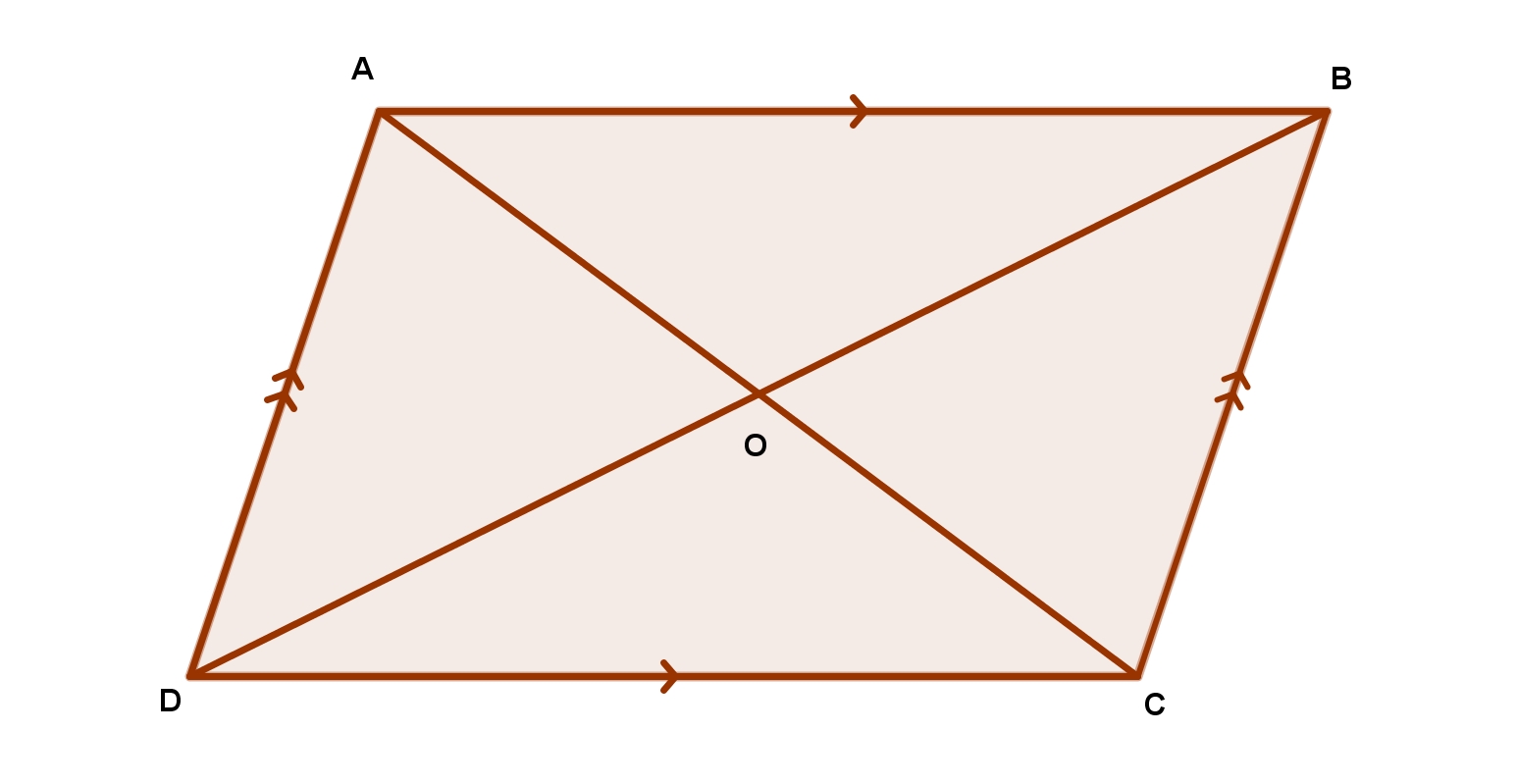 b) Hence, deduce that the diagonals of a parallelogram bisect each other.

a) We are going to prove that $\triangle ABO$△ABO and $\triangle DOC$△DOC are similar using an AAA proof.

Firstly, we know that $\angle AOB=\angle DOC$∠AOB=∠DOC because they are vertically opposite. 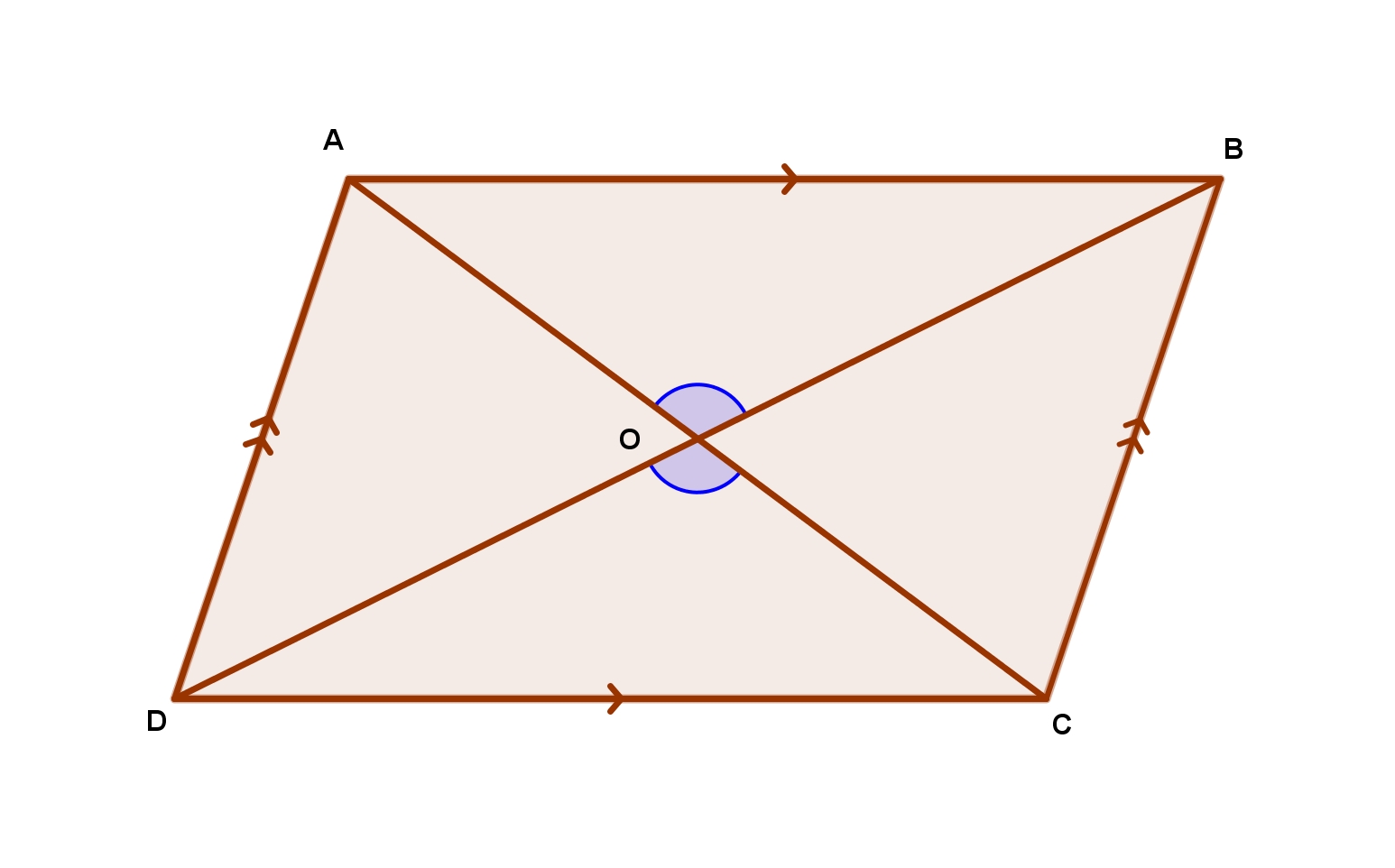 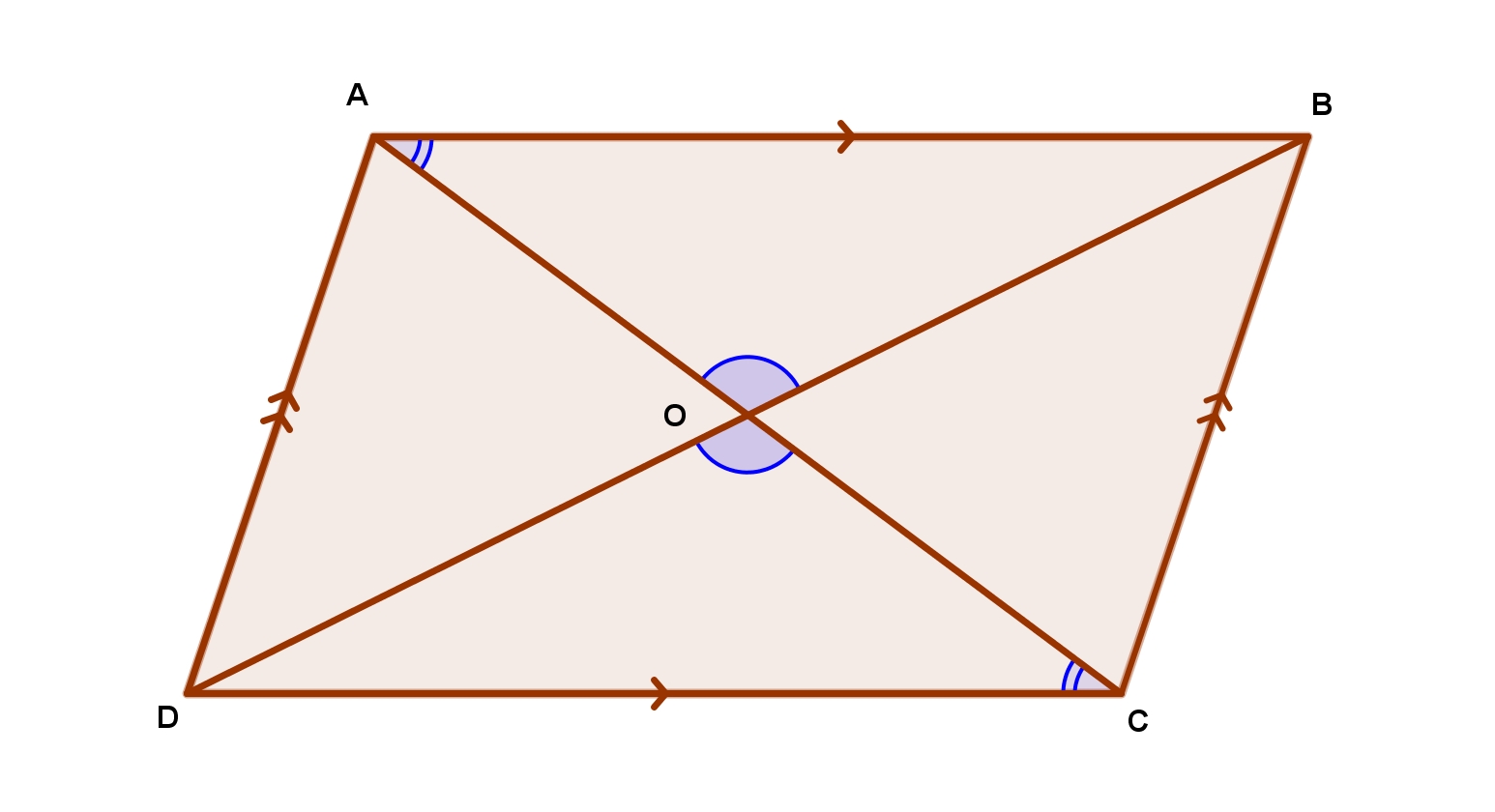 Thirdly, $\angle ABO=\angle ODC$∠ABO=∠ODC for the same reason. They are alternate angles on parallel lines. 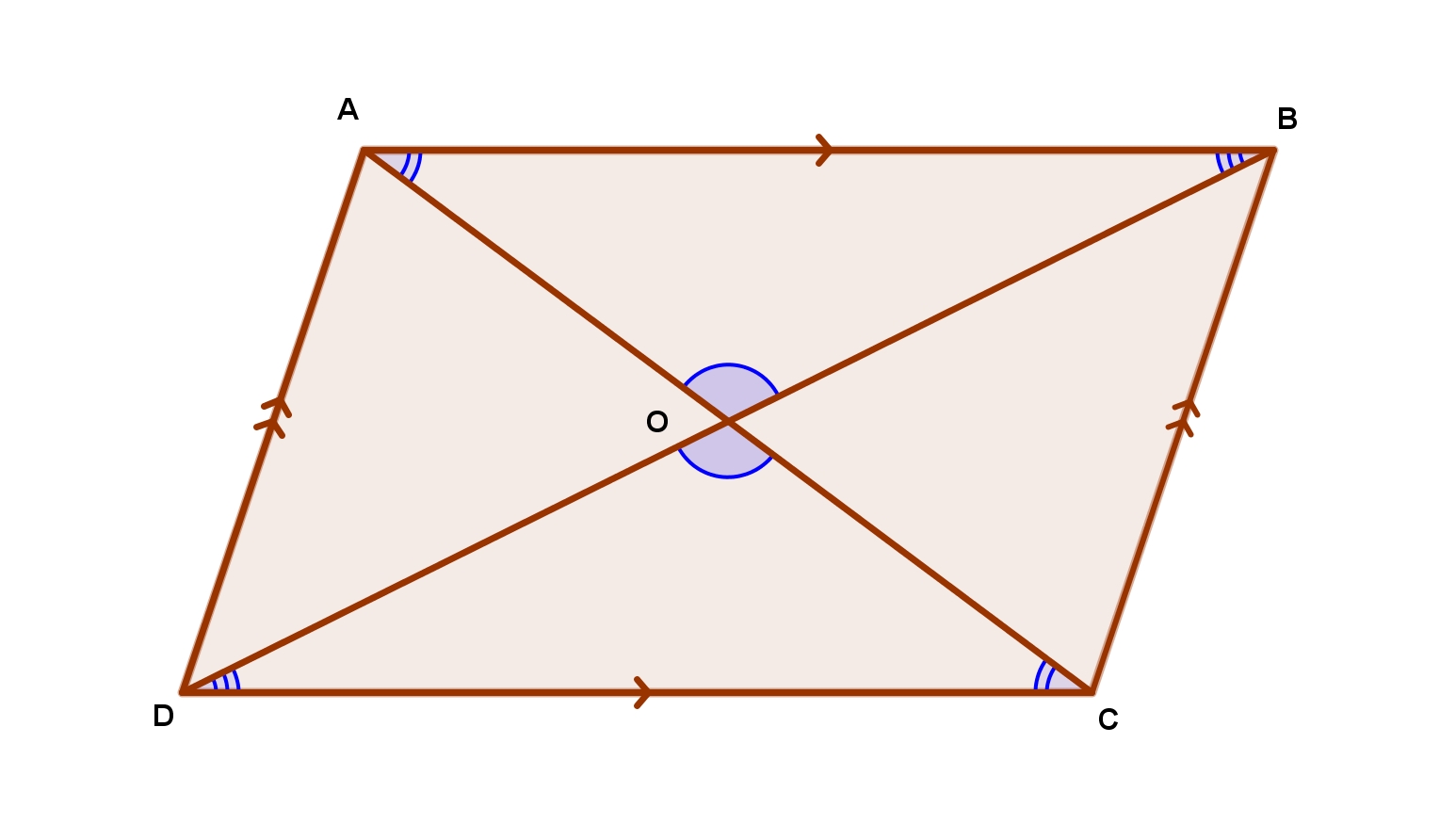 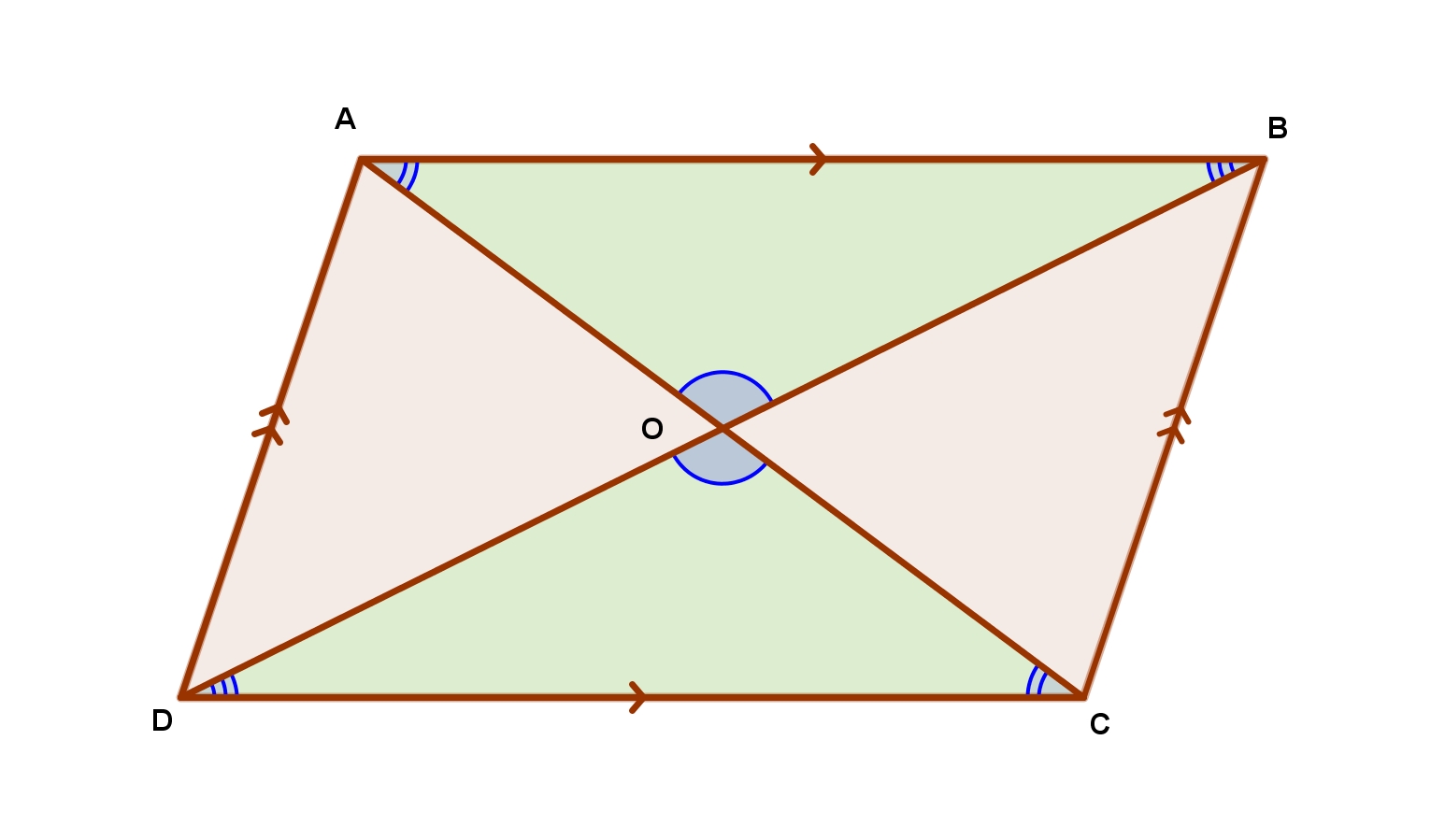 b) We know that pairs of corresponding sides of similar triangles are all in the same ratio.

But we also know that $ABCD$ABCD is a parallelogram, and parallelograms have equal opposite sides. Hence, $AB=DC$AB=DC, which means that $\frac{AB}{DC}=1$ABDC​=1. Therefore, all pairs of corresponding sides are in the same ratio $1$1, in other words, equal.

So these triangles aren't just similar. They are congruent. 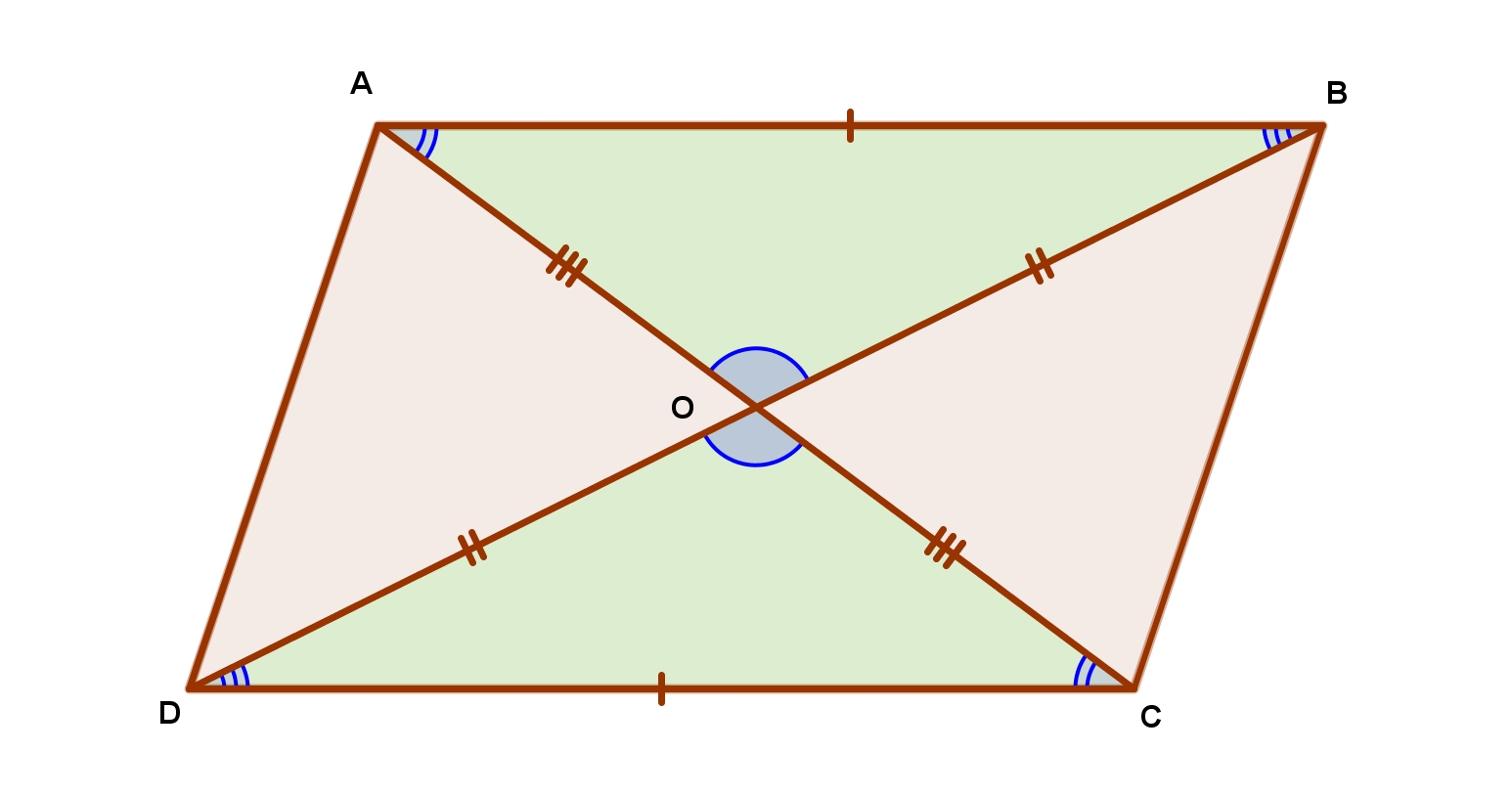