Areas and perimeters of sectors (radians)

In this lesson, we are going to look at what radians are, and find new formulas for the the Length of a Circular Arc and the Area of a Sector, using radians rather than degrees.

Up until this point, you've mostly measured angles using degrees. Radians are a different way to measure the size of an angle, based on the number $\pi$π.

If we take the number of days in a year, $365$365, and round it off to the nearest convenient number, with lots of factors to make it easily divisible, we get $360$360. This helped astronomers, as each day, the sun would move $1^\circ$1° against the fixed stars.

Why would we need another way of measuring angles?

Mathematicians realised they needed another way, more closely related with the formula's for circles, to describe the size of angles. It helps us a lot with calculus of trigonometric functions. 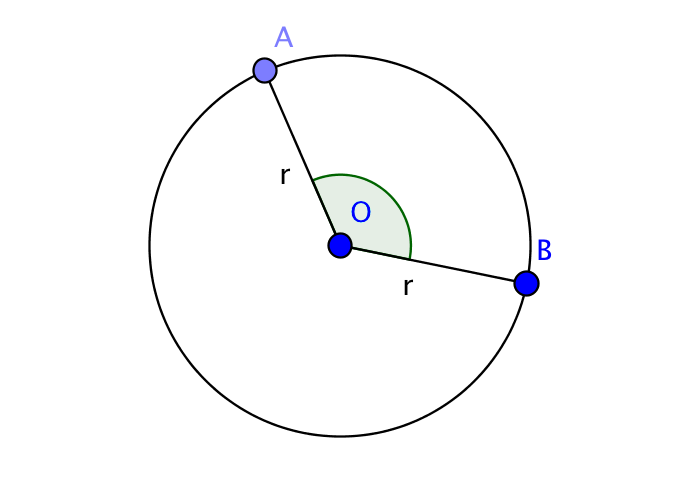 Consider a circle with centre, $O$O, and two points on the circumference, $A$A and $B$B. Radians are defined as the ratio of two lengths in the following way:

As all circles are similar to one another, this definition gives as the same angle size, regardless of the length of the radius.

If we consider this ratio, and the arc subtended by a revolution ($360^\circ$360°), we get a relationship for the whole circumference of a circle: 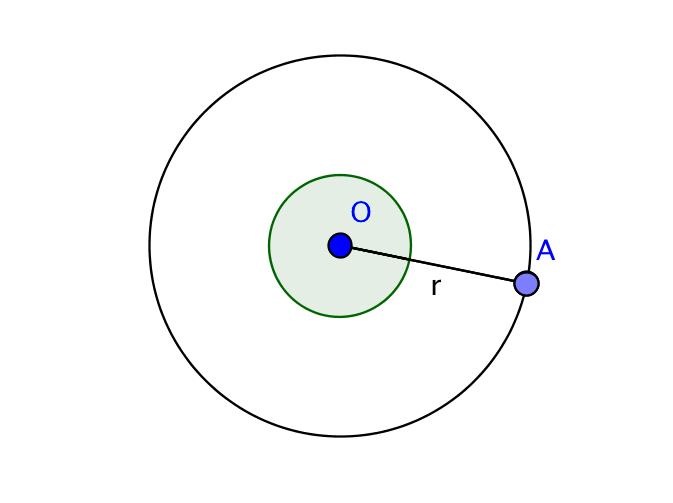 There are three main variations of this conversion which are important to remember:

We can use these relationships to convert between degrees and radians:

Let's also consider One Degree and One Radian:

As we saw here, when using degrees, we can find the Length of a Circular Arc using the formula:

Often, Arc Length is replaced by $l$l, giving us $l=r\theta$l=rθ

Area of a Sector (using radians)

As we saw here, when using degrees, we can find the Area of a Sector using the formula:

Formula for Area of a Sector (using radians):

Find the exact length of the arc.

Find the length of the arc, rounded to two decimal places.