Let's start with some common expressions relating to the four operations: 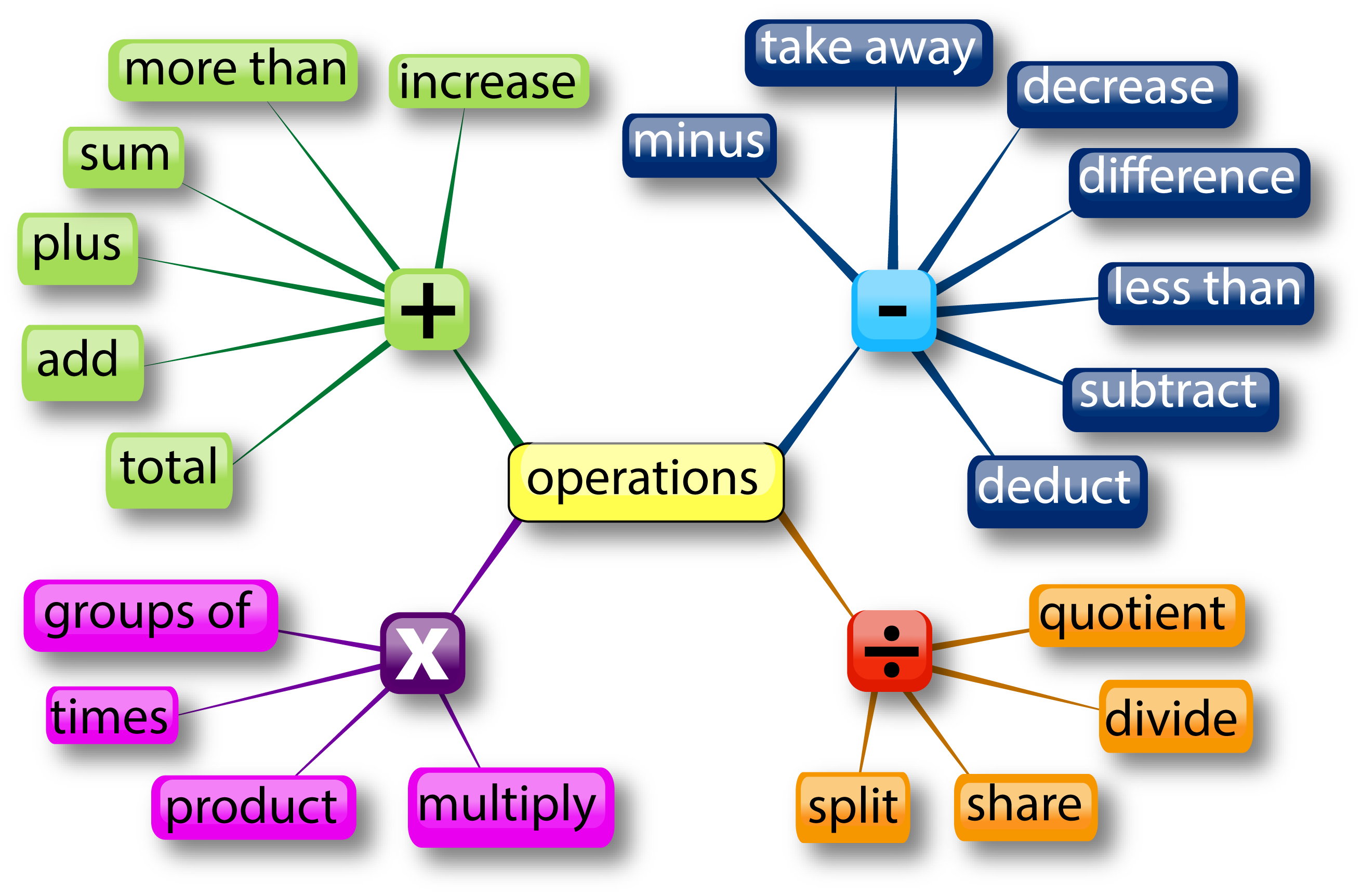 Can you think of any more terms that you can add to the mind map?

There are some other symbols relating to inequalities that are also handy to know: