A point of view is a person's opinion about a particular issue. The person may also try to convince others to believe their point of view based on facts or evidence. However, a "right" answer is not always clear. For example, look at the picture on the right. Is the glass half full or half empty? Technically, it's both - it just depends on your point of view.

Some people use statistics to try and "trick" people into believing their point of view. Would you say that "A full glass of water has $200%$200% more water than this one", or would you say that "This glass has $50%$50% less water than a full one"? Again, both are technically true, but the way we experience and feel these numbers may not be exactly the same. That's why it's important to consider why people are presenting certain information - and what they may not be telling you.

With every graph, report or media article you see that uses statistics it is worth identifying two things:

Some data can be used to directly persuade an audience towards a particular point of view. This can be done by not portraying the entire story - hiding the way that the data was collected, or not showing all of it in a proper context - or by presenting the data in other ways designed to hide the truth.

We need more paths! The FWE and the Council

Let's consider the following story. A local community group is trying to convince the council that more bicycle and pedestrian paths are needed in the area. The group "Feet and Wheels for the Environment!" (FWE) have a meeting with one of the council representatives. In the meeting the FWE began by presenting this graph: 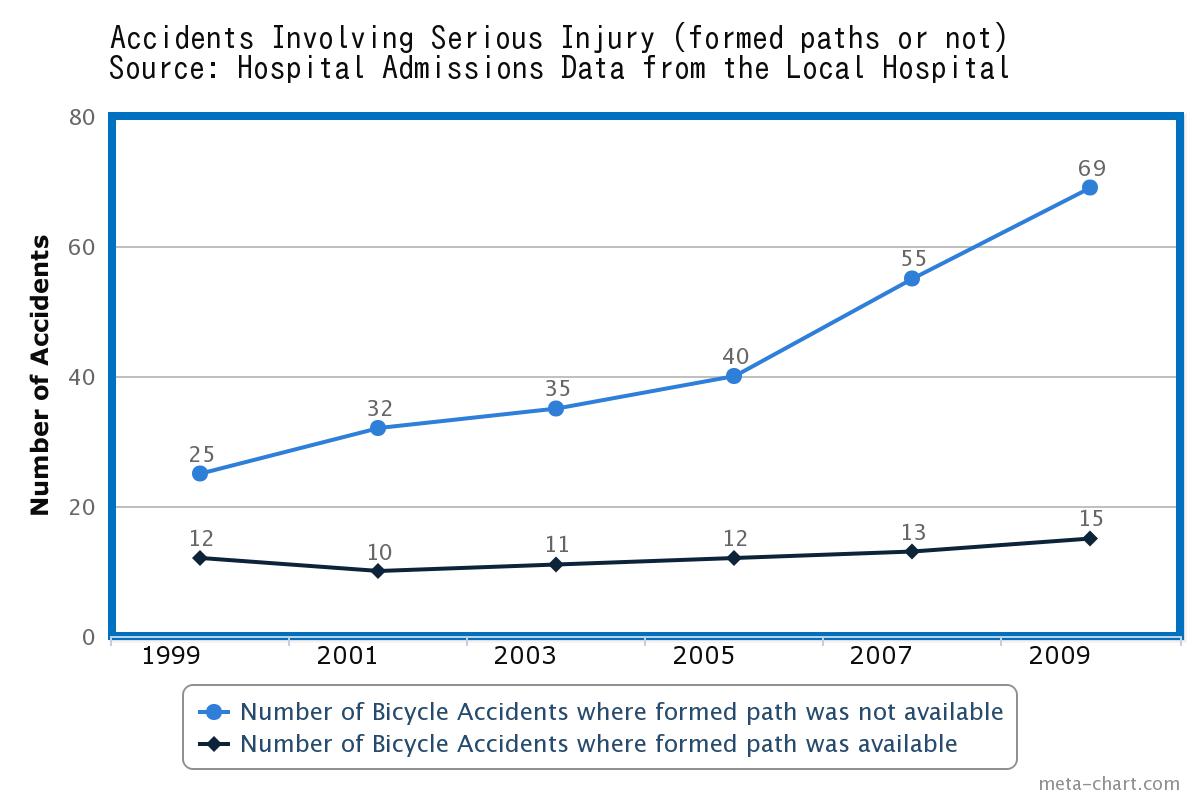 The representative for the FWE said:
"A lack of formed bicycle paths in the area has resulted in a rising number of serious accidents for cyclists. If the council builds more pedestrian and bicycle paths for commuters, then the number of accidents will decrease."

The representative then showed this graph: 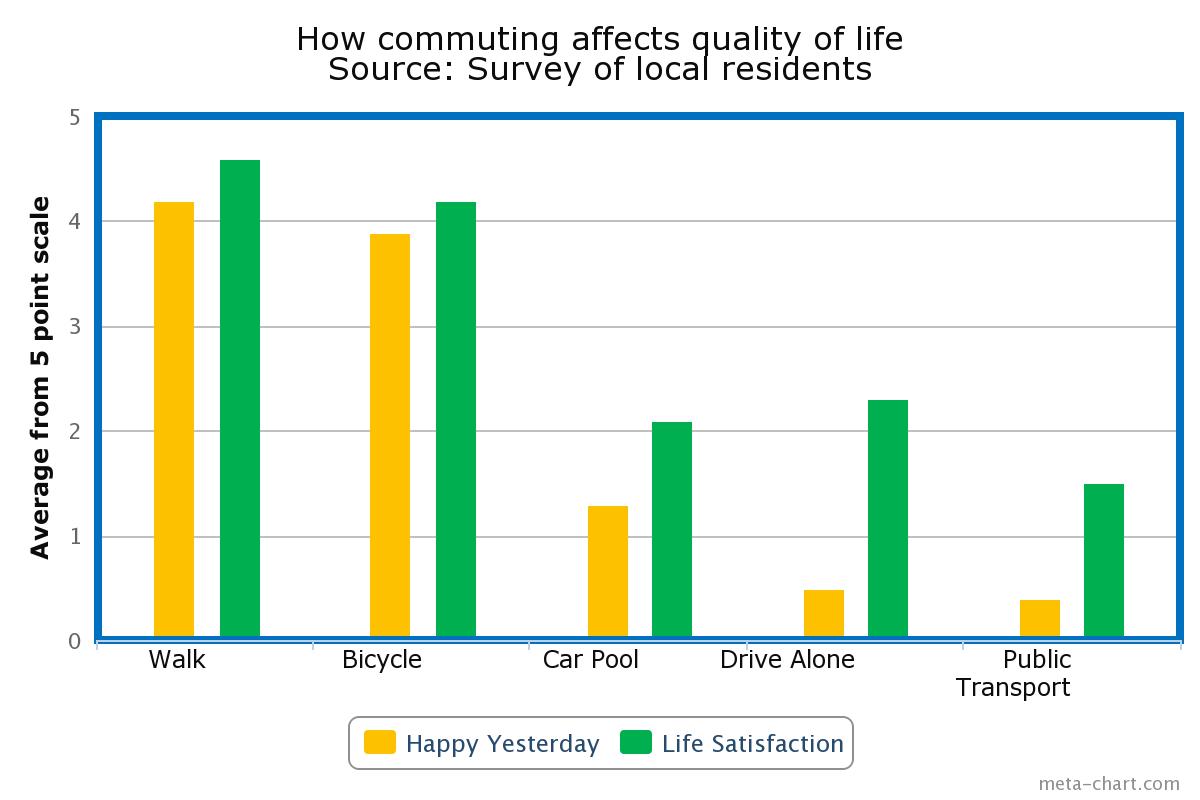 They explained that the group conducted a survey of 500 residents and asked them three questions:

The representative said:
"This clearly demonstrates that those who walk or cycle to work are happier in themselves and with their life, so the council should be doing all it can to ensure health and happiness in the community."

Then it was the council's turn to present a graph, and the councilwoman chose this one: 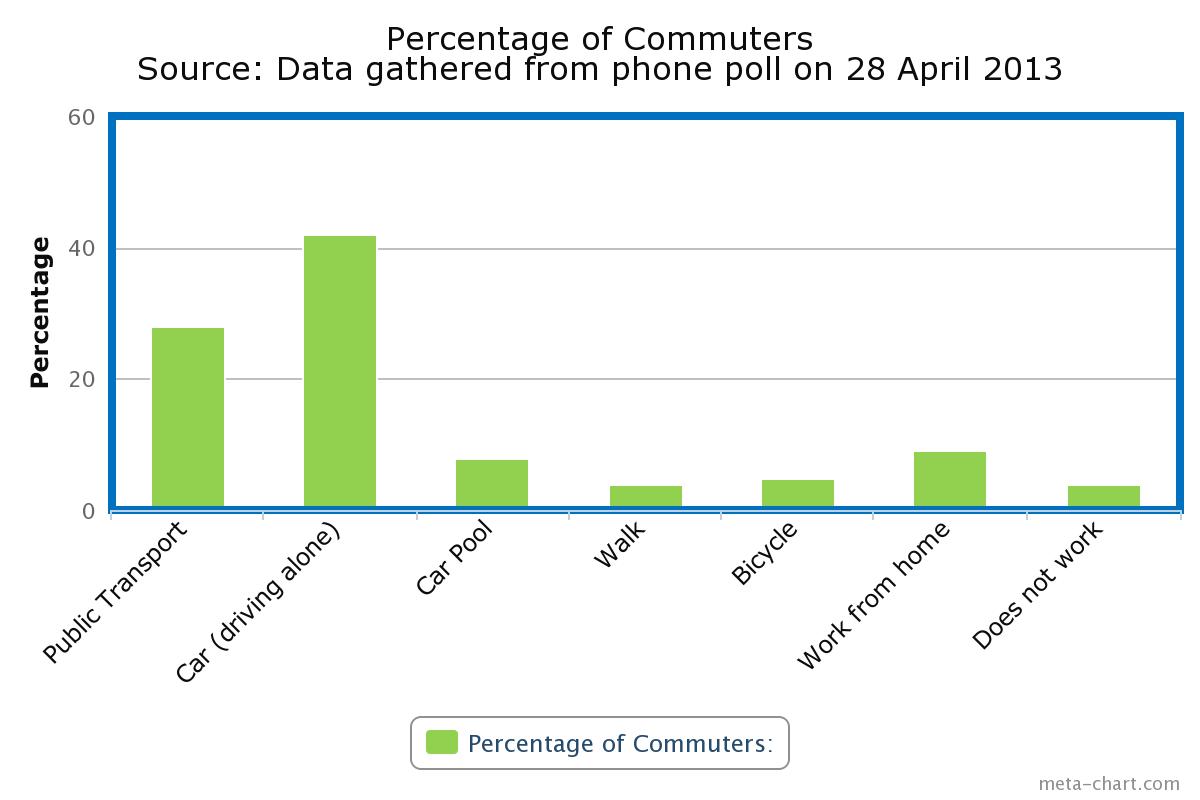 The councilwoman said:
"There is such a low percentage of the local population walking or cycling to work, so spending more money on bike paths and footpaths would not be a good use of money. Most people use public transport or drive a car, so the money should be spent on more roads and better parking, not on bicycle and pedestrian paths".

It seems that both parties have made reasonable claims, supported by statistics. Who is right, and who is wrong?

Before asking those sorts of questions, let's try to understand the statistics that were presented a little better. We should ask ourselves:

Let's consider the FWE and their two graphs.

Do we need to ban dihydrogen monoxide?

Here are some important and frightening things you should know about dihydrogen monoxide:

Based on these facts, do you want to join the call to ban dihydrogen monoxide?

Instead of making a decision right away, let's ask some questions, just like we did before.

The truth behind the dihydrogen monoxide scandal

In 1997, 14-year-old Nathan Zohner, gathered 43 votes from his 50 classmates to ban dihydrogen monoxide. Zohner received the first prize at Greater Idaho Falls Science Fair for analysis of the results of his survey, which was actually convincing people to ban water! H20 is the chemical symbol for water, and is pronounced "dihydrogen monoxide". Nathan exploited his classmates' unfamiliarity with chemistry to scare them into agreeing to something that they wouldn't have agreed to, if they had all the information.

The experiment became a nationwide news story. In recognition of his experiment, journalist James K. Glassman coined the term "Zohnerism" to refer to "the use of a true fact to lead a scientifically and mathematically ignorant public to a false conclusion." Read more about it here.

The drink company Ribena once claimed that "the blackcurrants in Ribena have four times the vitamin C of oranges."

In 2004, two New Zealand high school students scientifically proved that Ribena juice has far less vitamin C than orange juice. As a result, the company ended up in an Auckland District Court, and insisted that they hadn't lied. Still, the court fined the company for misleading consumers, and made them correct their ads to tell people that this statement wasn't true. Read more about it here.