A rotation is what occurs when we turn an object or shape around a central point.  The object is exactly the same shape and size, just spun around (like going in a circle). Every point on the original shape has a matching point on the new shape.

Commonly we describe rotations using a degree measure (like an angle), and as being either clockwise or anticlockwise.

Which picture shows a rotation?

Think: Which one looks like it has been spun around?

C has been translated (slid) into a different position.

B looks like a mirror image of the original. So this is a reflection (flip).

Select all the rotations. 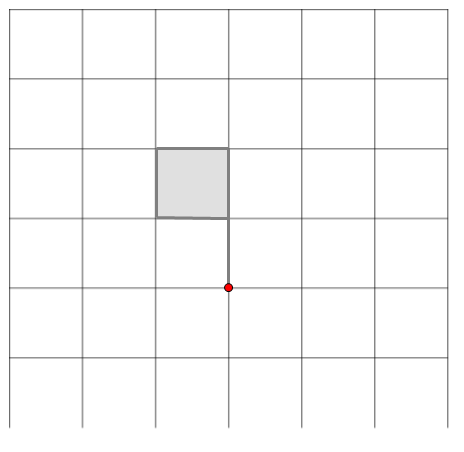 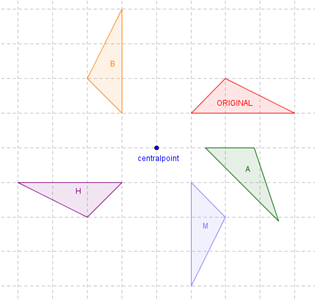