In an experiment or observational study that we believe it appropriate to model with a binomial probability distribution, we may already know from previous work that the probability of a success on each trial is $\theta$θ and we may have planned to perform $n$n trials in the experiment. It is natural to interpret the probability $\theta$θ in the relative frequency sense, as a proportion, and to conclude that the expected number of successes over the $n$n trials is $n\theta$nθ.

If we let $X$X be a random variable that represents the number of successes in an experiment in which there are $n$n independent trials or observations, then for the expected or average value of $X$X we write

where $\theta$θ is the probability of success on each trial.

Caution is needed, however, in proceeding from a general observation of a relative frequency to a conclusion about the probabilities of the various possible numbers of successes in an experiment, as the following example illustrates. The binomial distribution is not always applicable. 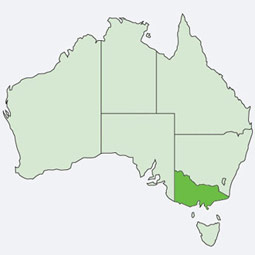 Suppose it has been observed that each year in the state of Victoria, $23%$23% of people in the $20$20 to $55$55age range experience a mild to serious attack of the sniffles in the month of July.

Using the relative frequency idea of probability, we could argue that on average an individual in the population has a probability of $0.23$0.23 of contracting the sniffles.

If we let $Y$Y be the random variable whose values are the possible numbers of people who get the sniffles, we would be justified in saying that $E\left(Y\right)=0.23n$E(Y)=0.23n where $n$n is the number of people in the population.

However, we would not be justified in using the proportion $0.23$0.23 as the parameter in a binomial distribution, to calculate the probability that $E\left(Y\right)$E(Y) cases would actually occur or that any other particular number of cases would occur.

The binomial model is unreliable when the trials are not independent. In this case, some members of the population would be at greater risk of contracting the sniffles than others due to possible contagion in work and family environments, pre-existing health conditions or exposure capacity. That is, the probability is not the same for every observation.

Thus, in a subset of, say, $50$50 people, it would be risky to predict $50\times0.23=11.5$50×0.23=11.5 cases even though this is the number that would be expected as a long-term average.  In the case of epidemics, a probability distribution with a different shape may be more appropriate. 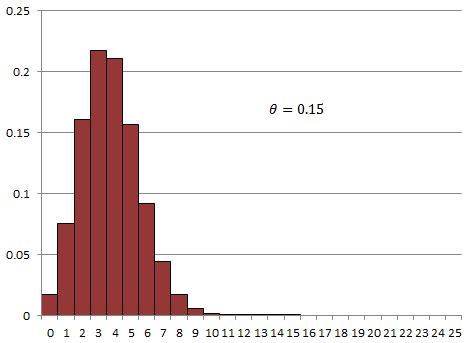 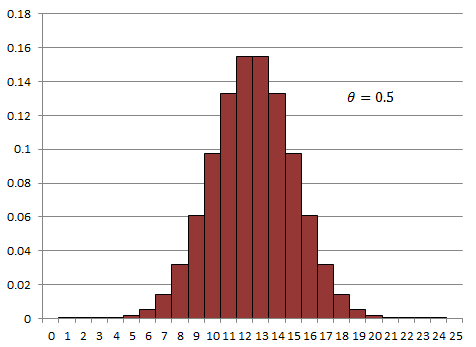 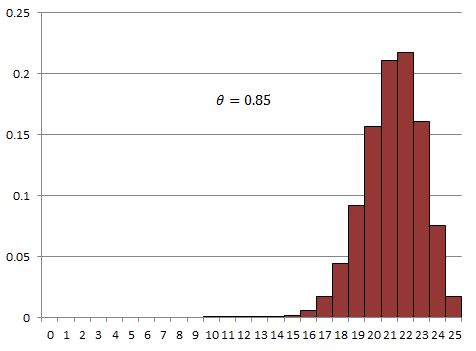 A certain disease has a survival rate of $64%$64%. Of the next $110$110 people who contract the disease, how many would you expect to survive? Round your answer to the nearest whole number.

A subject exam consists of $48$48 multiple choice questions. Each question has $4$4 options, of which $1$1 is correct. Neville guessed the answers to all of the questions.

How many questions would he expect to get correct?