A survey can only give reliable information about the target population if the sample is drawn in an unbiased way from that population. This is done by a selection process involving randomisation. There are several variants of such a process, the simplest being a simple random sample.

It is important to distinguish what is known as the sampling frame  from the target population. Ideally, these should be the same but they may not be, due to design features in the survey. The sampling frame is the actual set of units from which the sample could be drawn. 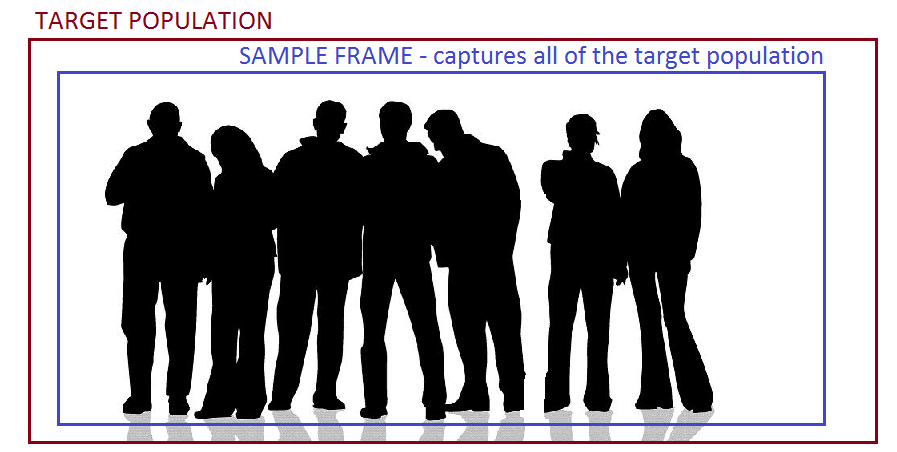 The sampling frame differs from the target population when some members of the population have no chance of being included in the survey sample. 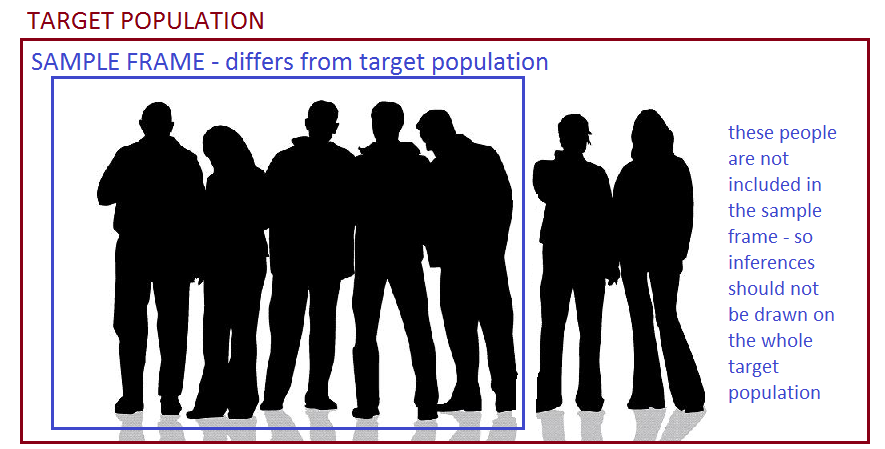 Inferences based on survey data should be recognised as being strictly about the units in the sampling frame and not necessarily about the target population, unless the two are identical.

A market research organisation, wishing to obtain information about the shopping habits of the adult population of Australia, decides to make a random selection of postcodes and then to dial every residential telephone number within the chosen postcode areas.

A biscuit manufacturer conducted a survey to determine consumers' thoughts on new packaging on one of the types of biscuits they manufactured. The target population for the survey is:

A construction company wants to know the opinions of residents in a certain suburb on the construction of a new road through the area. The company surveys $35$35 residents from the suburb. The target population is:

A restaurant wanted to determine if patrons are happy with the service, so they surveyed $40$40 customers that ate at the restaurant between $3-5$3−5pm. The target population is:

Make inferences from surveys and experiments: A determining estimates and confidence intervals for means, proportions, and differences, recognising the relevance of the central limit theorem B using methods such as resampling or randomisation to assess

Use statistical methods to make a formal inference