We now take a look at our final method for smoothing time series data. This is the most involved of the processes we've covered so far and will also be the focus of our next chapter.

The seasonal index is a measure of how a particular season compares with the average season.

There is a four step process involved to deseasonalise our data:

We will take each of these steps one at a time. But first let's consider why we're doing this.

The benefits of the average percentage method

When calculating a moving mean or a moving median, we must use data points that are right next to each other. The problem with this method is that we often use the peak and the trough of the cycle in the same calculation, effectively ignoring the significant difference in the seasons. In a way, we're only roughly smoothing the data!

The method we'll investigate here avoids this approach thus making it more robust for creating smoothed data and then using for predictions.

Calculating the average for each cycle

We'll use a familiar set of data from an earlier chapter to illustrate each of the processes involved.

Our first step is the calculate the average or mean for each cycle. We can see below that there are three cycles, each with four quarters or seasons per cycle. Therefore we need to calculate the mean for the 2012, 2013 and 2014 cycle.

The first and last are already done for us, we need to calculate the mean for 2013 cycle. 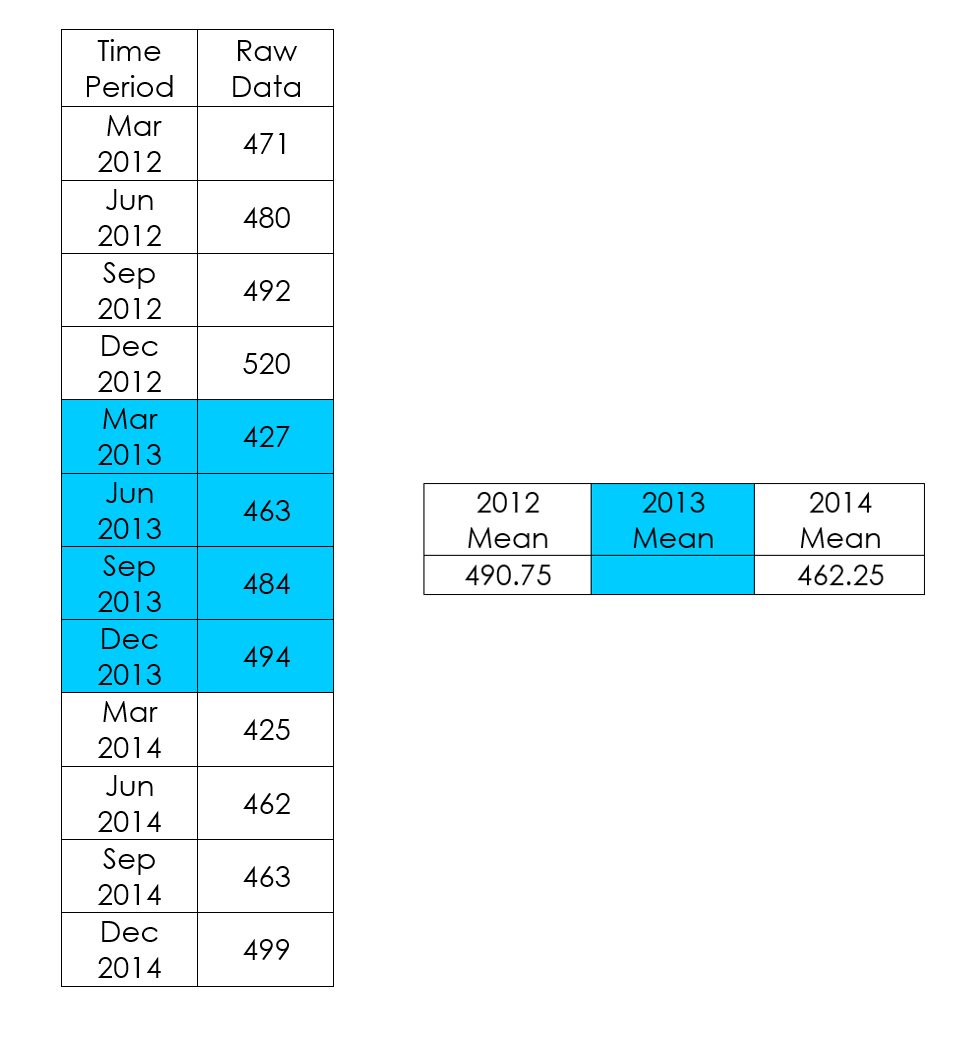 Expressing the raw data as a proportion of the cycle average 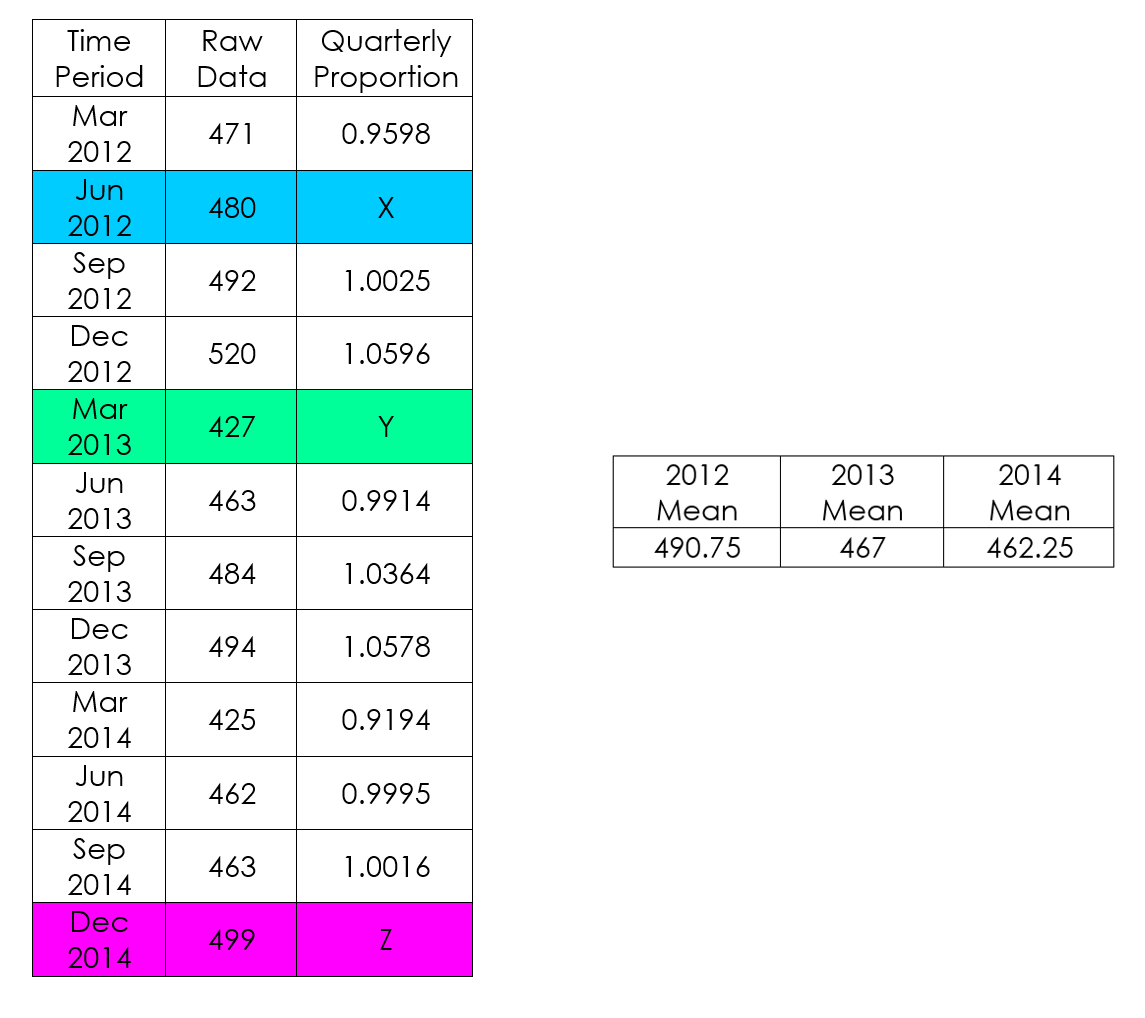 To calculate X, Y and Z in the table, we need to calculate each of their corresponding raw data values as a proportion of the mean for the cycle (or year) that they belong to.

We will now calculate the average proportion for each season which we'll use as our basis to deseasonalise our data. This is known as the seasonal index or seasonal component. 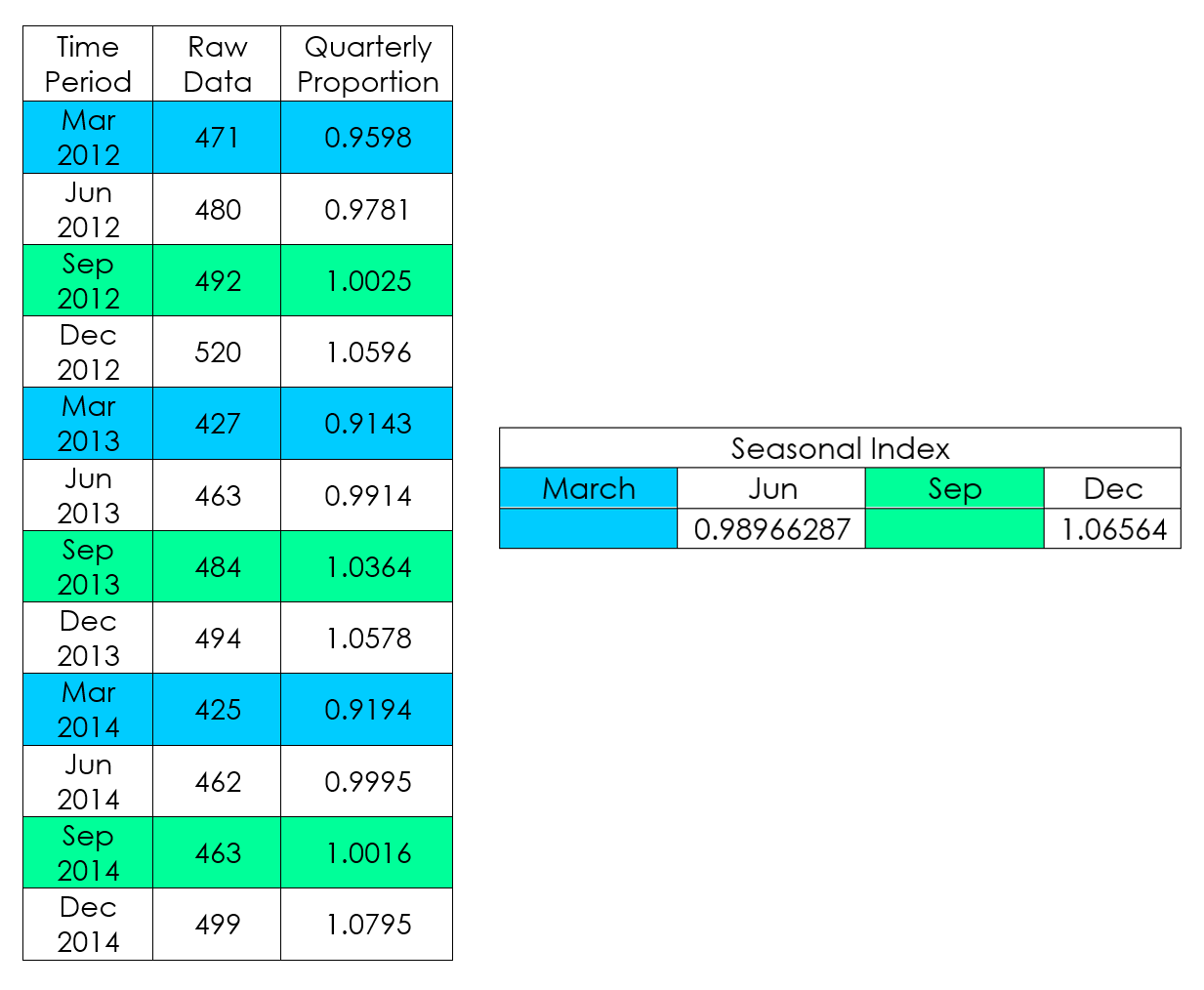 Now it's time to use our seasonal indices to smooth or deseasonalise our data. 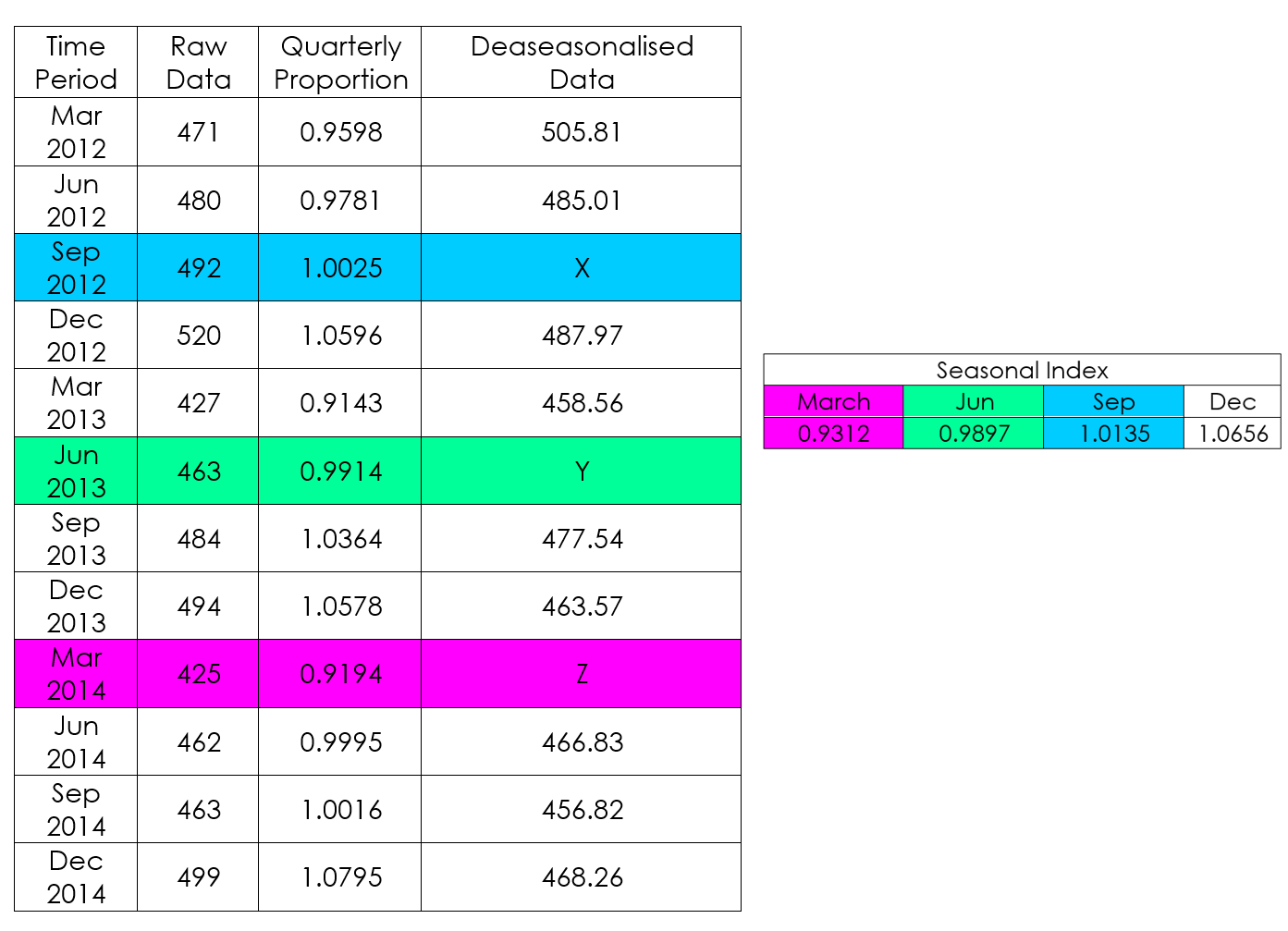 We'll take a look at what we can do with this deseasonalised data in the next chapter.

The local police station records the number of speeding fines issued each quarter.

The table shows the number of new gaming apps released each quarter, from the beginning of 2016 through to the end of 2018.

Every four months Neil records the growth of his bean plant (starting with a new plant every year).