Time Series data refers to bivariate data where the explanatory variable, or independent variable, is time. This can be time in hours, days, months, weeks, quarters or any unit of time.

The response or dependent variable can be a range of contexts and most often they are seasonal in nature.

When we examine a graph of time series data, there are many noteworthy features.

Trend - by looking at the graph we can see overall whether the response variable is increasing (positive trend) or decreasing (negative trend).

Seasonality - by following the rise and fall, or cyclical nature of the data, we can determine how many seasons or time periods constitute one cycle of the data. This will be helpful to us later on.

Irregular Fluctuations - once we've observed the first two, we'll be interested to see whether the data for some seasons or for entire cycles are experiencing irregular fluctuations and unexpected results.

Outliers - also by observing the trends and seasonality we will easily be able to spot an outlier.

The following graph is from the data collected by the Australian Competition and Consumer Commission and represents the fuel price cycle for Perth in early 2016. 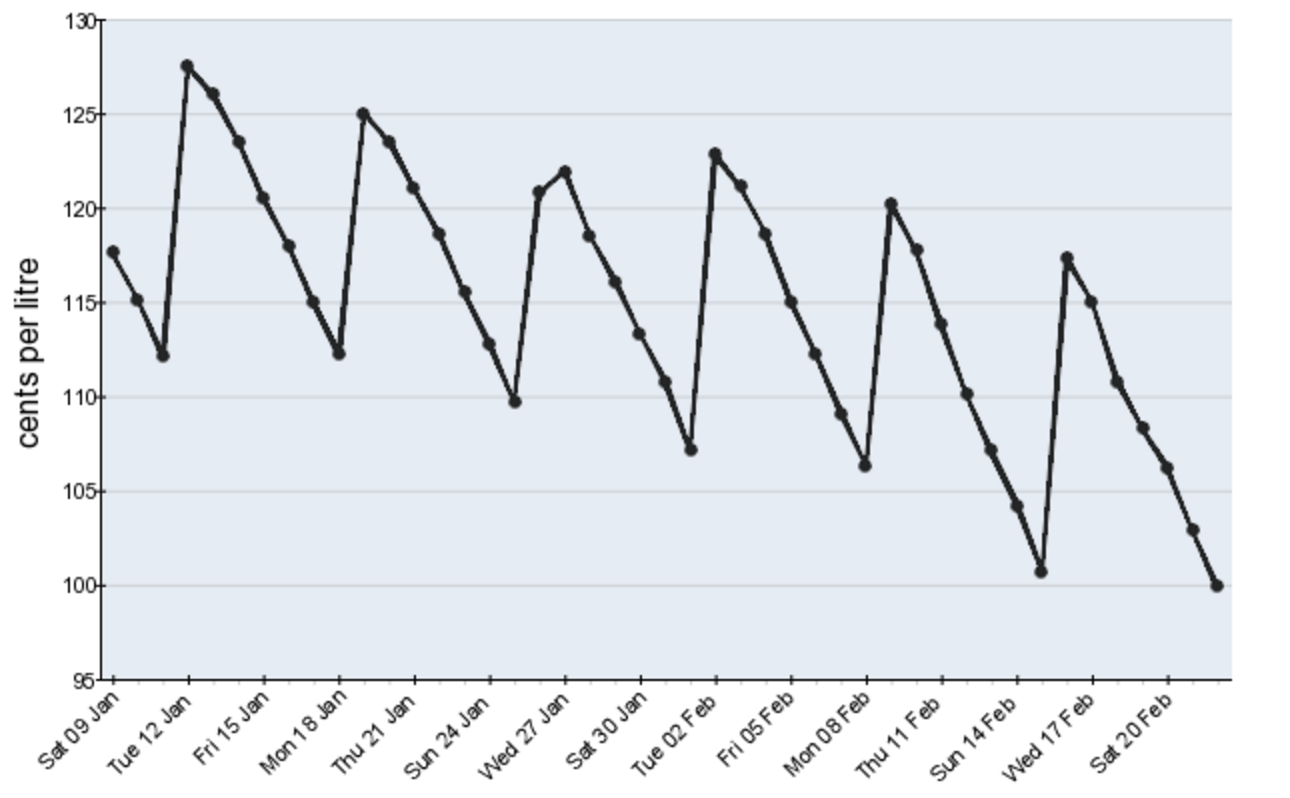 There don't appear to be any start fluctuations or outliers, however it does appear that on Monday the 15th February 2016 the price dropped more steeply than usual. Monday seems to be the best time to buy petrol since this is when the price is at it's lowest in the cycle, and the price on this particular Monday was quite a bit lower than usual. 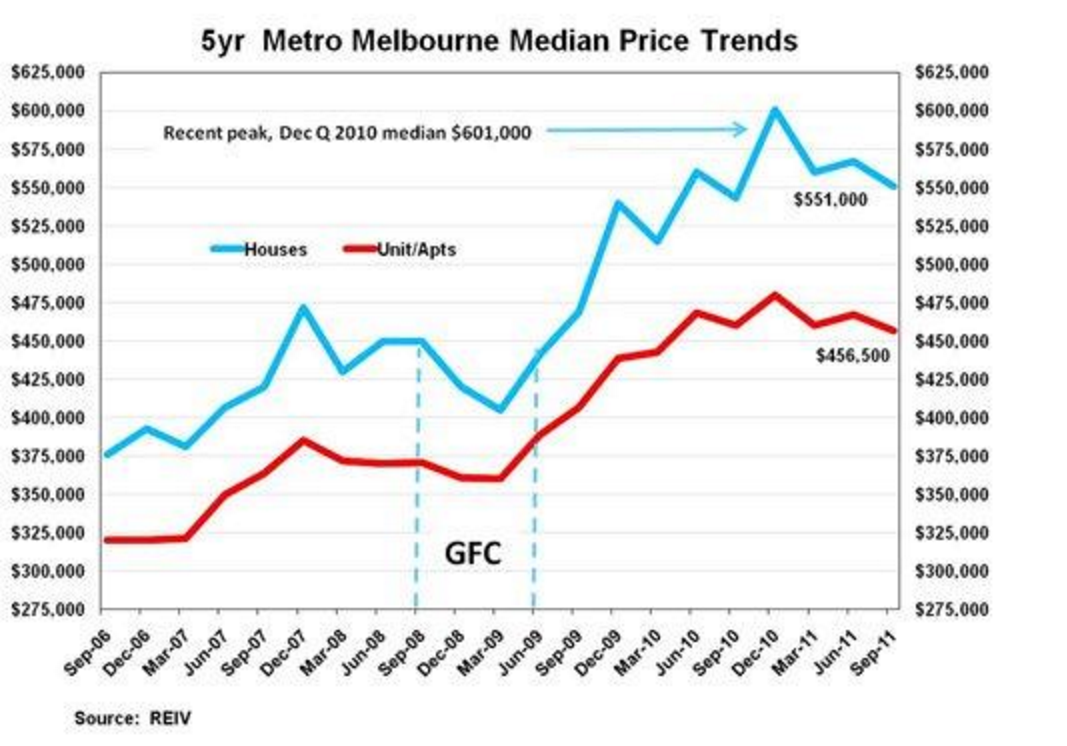 While we don't have enough detail to see the seasonality of the data, there's a lot of information we can see here.

We can see prices were flattening out leading up to the GFC - Global Financial Crisis, and then house prices took a bit of a dive. Recovery was fast and house prices rose rapidly with a big jump in December 2010. Almost a year later in September 2011, prices seem to be falling. At this time, investors would have been wondering whether they were in a pricing bubble (when the bubble bursts, prices drop rapidly) and there would be a lot of uncertainty in the market.