See the following graph plot, the scale on the y-axis is so huge, that we lost a lot of the information from the first 3 points. 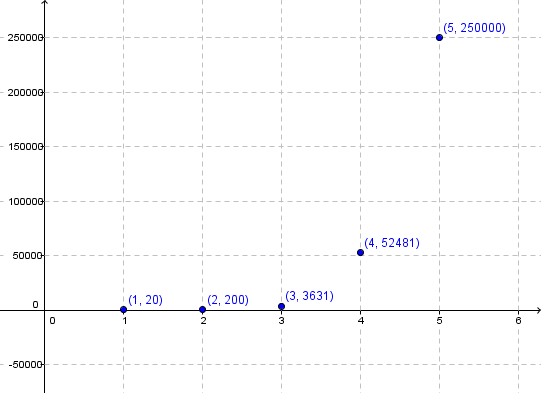 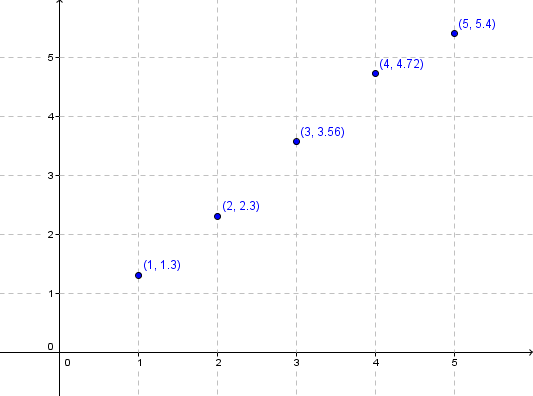 Form and use trigonometric, polynomial, and other non-linear equations