When we think of the word parabola, we usually associate it with the function we're very familiar with, the quadratic function.

Quadratic functions can be written in each of the following forms:

Each of these names gives us a clue to various features we can identify on a parabola.

All parabolas of quadratic functions have a $y$y intercept, however the number of $x$x intercepts can vary, ranging from none to two. 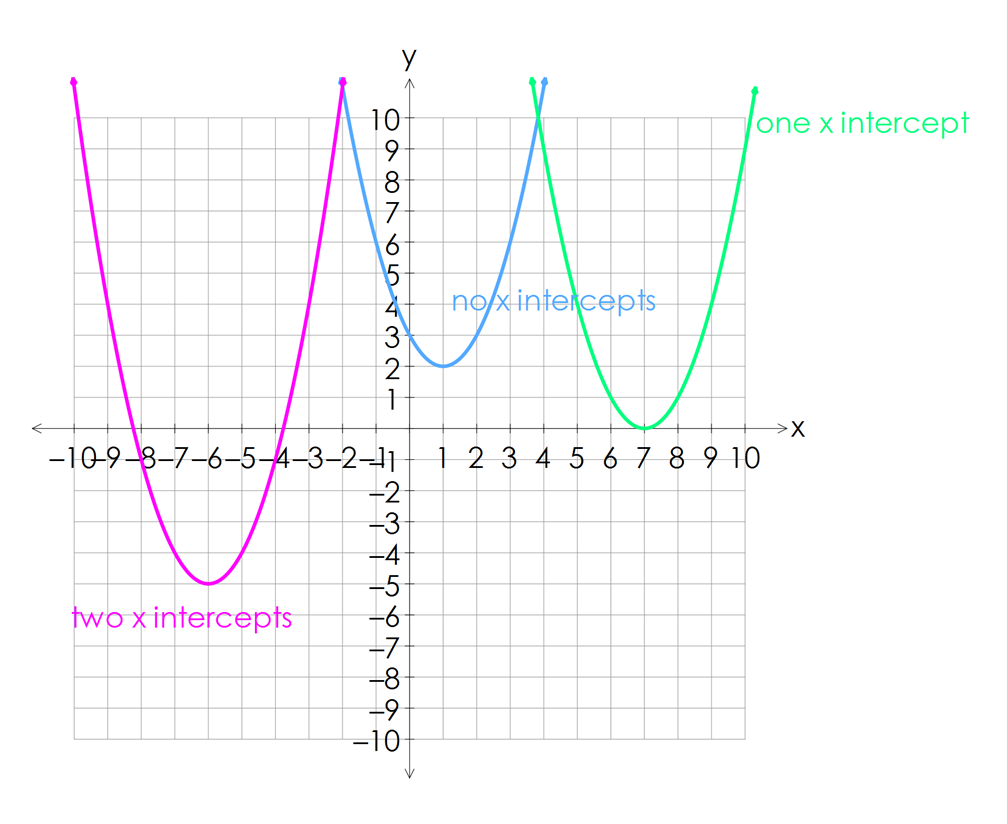 As the name suggest, every parabola has a point at which the graph turns and changes direction.

The nature of the turning point of a quadratic function can either be described as: 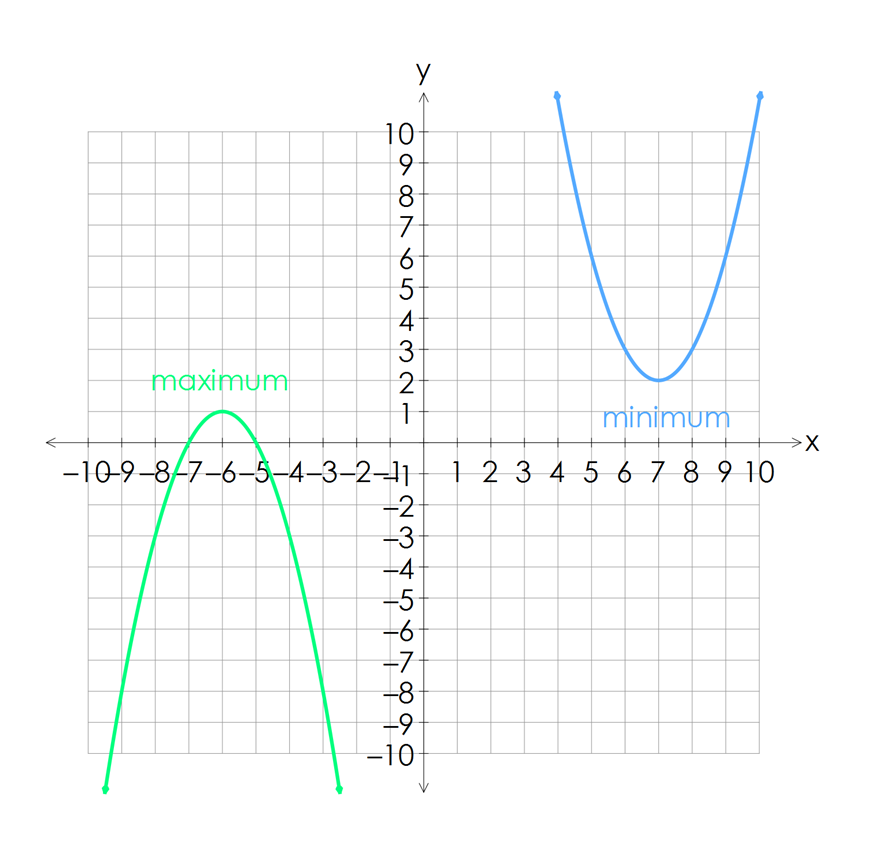 The turning point not only gives us information on the highest or lowest point on the graph, but it also informs us of where the line of symmetry exists for the parabola.

If a parabola has a turning point at $h,k$h,k then the line of symmetry is given by $x=h$x=h. 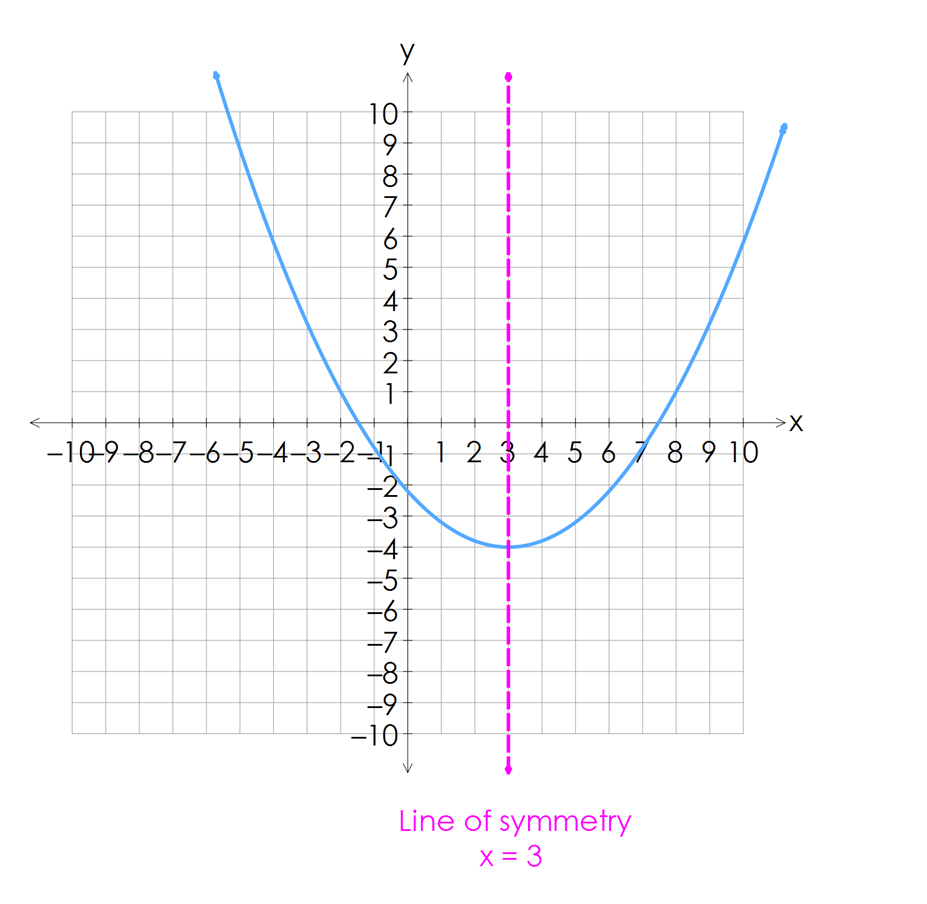 The name parabola is not only used for the graph of a quadratic function, but also for the relation $y^2=x$y2=x. You will look at this relation in more detail soon. 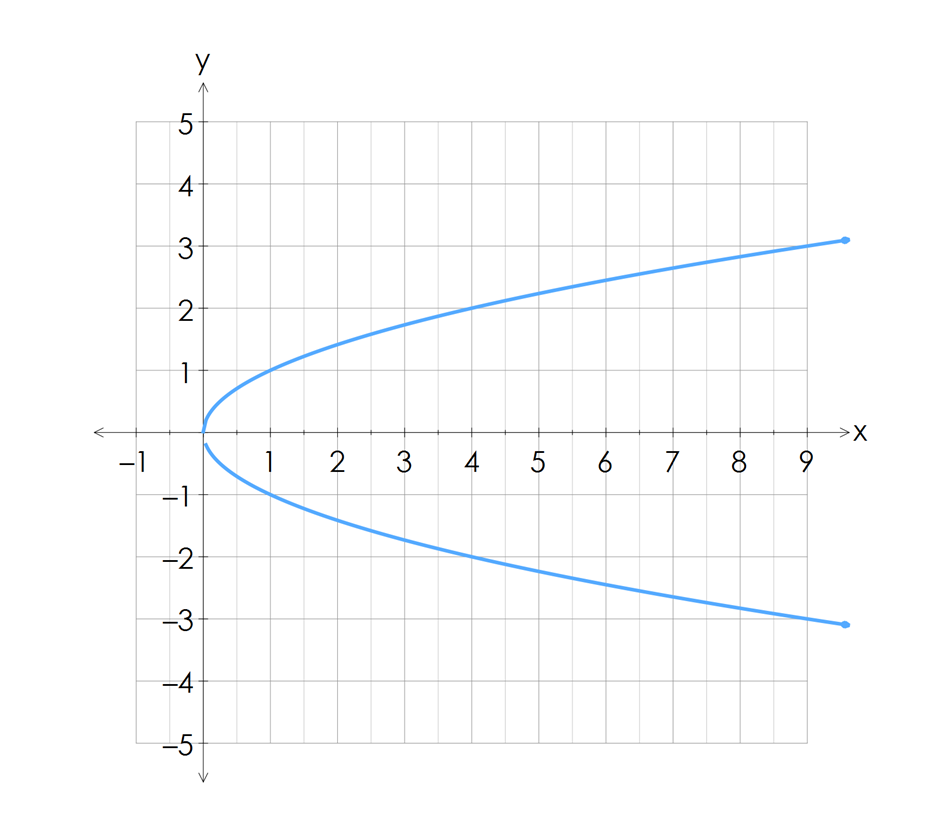 So what features make a parabola?

If the graph of a quadratic function and the relation $y^2=x$y2=x are both called parabolas, are there more?

And if there are, then they must all have certain characteristics in common to each be given the same name.

A parabola is an arch shaped curve such that ANY point on the curve is equal distance from a fixed point (called the focus) and a fixed line (called the directrix). 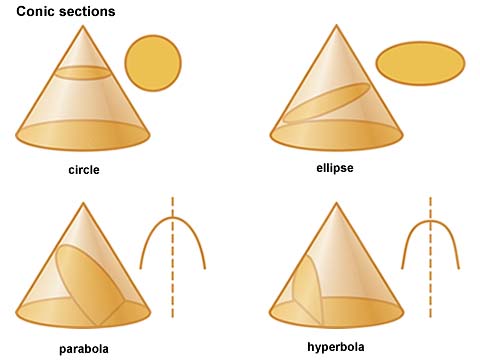 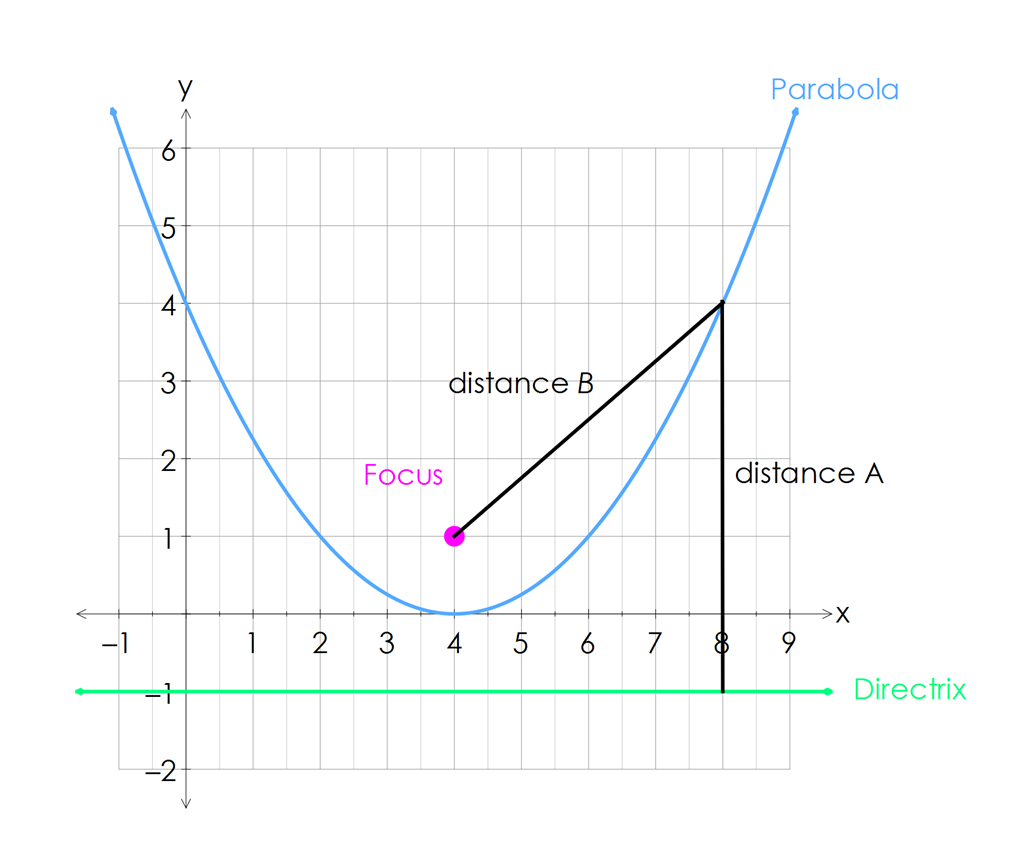 To calculate distance B we will use Pythagoras' Theorem

Apply the geometry of conic sections

Apply the geometry of conic sections in solving problems