It's really important for businesses to make a profit! Otherwise, they won't be around for very long. So businesses should know their break-even point, the amount of money they need to take in to cover all their expenses. At this point there is no profit or loss, and their income is equal to their expenses.

Here is an example of a break-even analysis for a single day of operation for the company Lovely Lemonade. 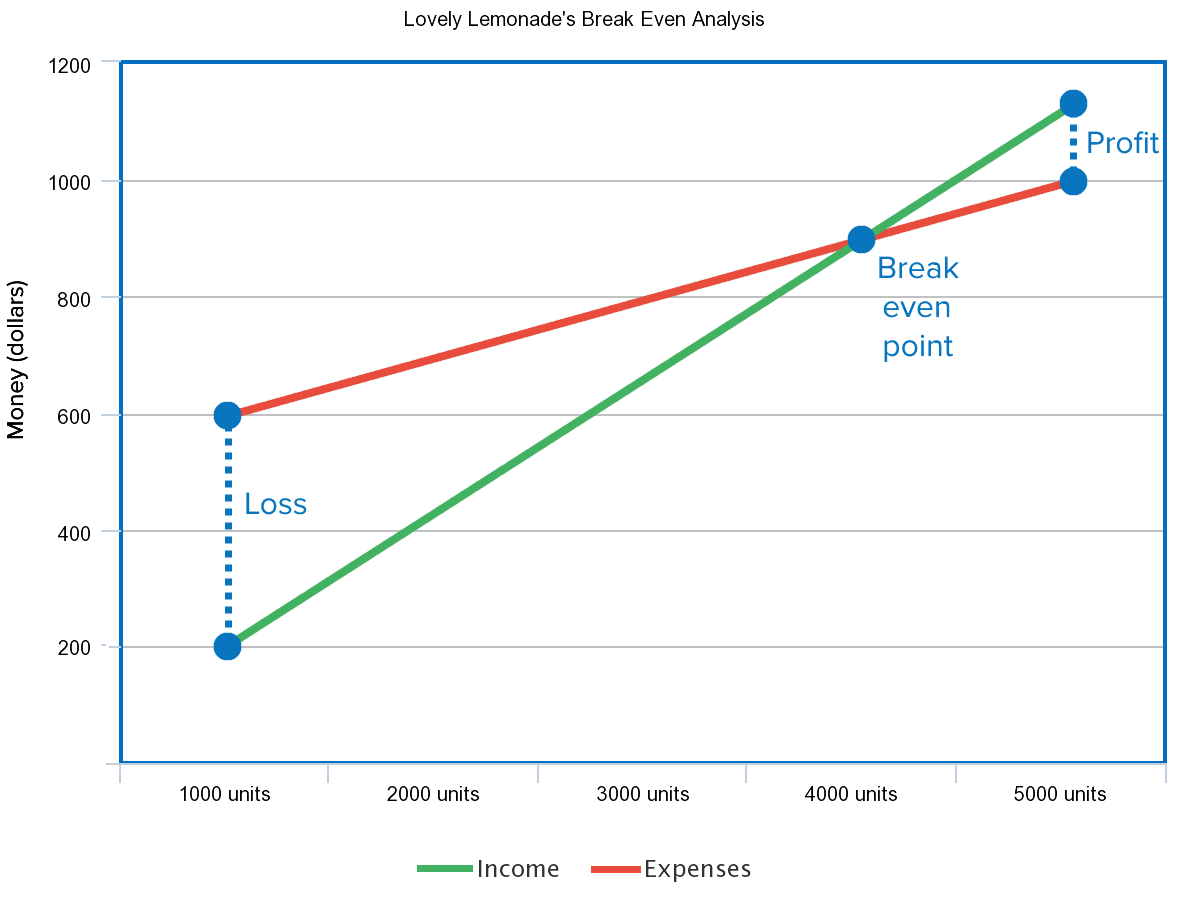 The important point is when the two lines meet - this is the break-even point. In this example we can see that selling $4000$4000 units means they don't make any profit, but they don't lose any money either - both their income and their expenses are $\$900$$900. Reaching this amount should be an important first goal for Lovely Lemonade every single day!

We can also use break-even analysis to compare two different pricing plans for the same product or service to see which one offers the best deal for a particular situation. 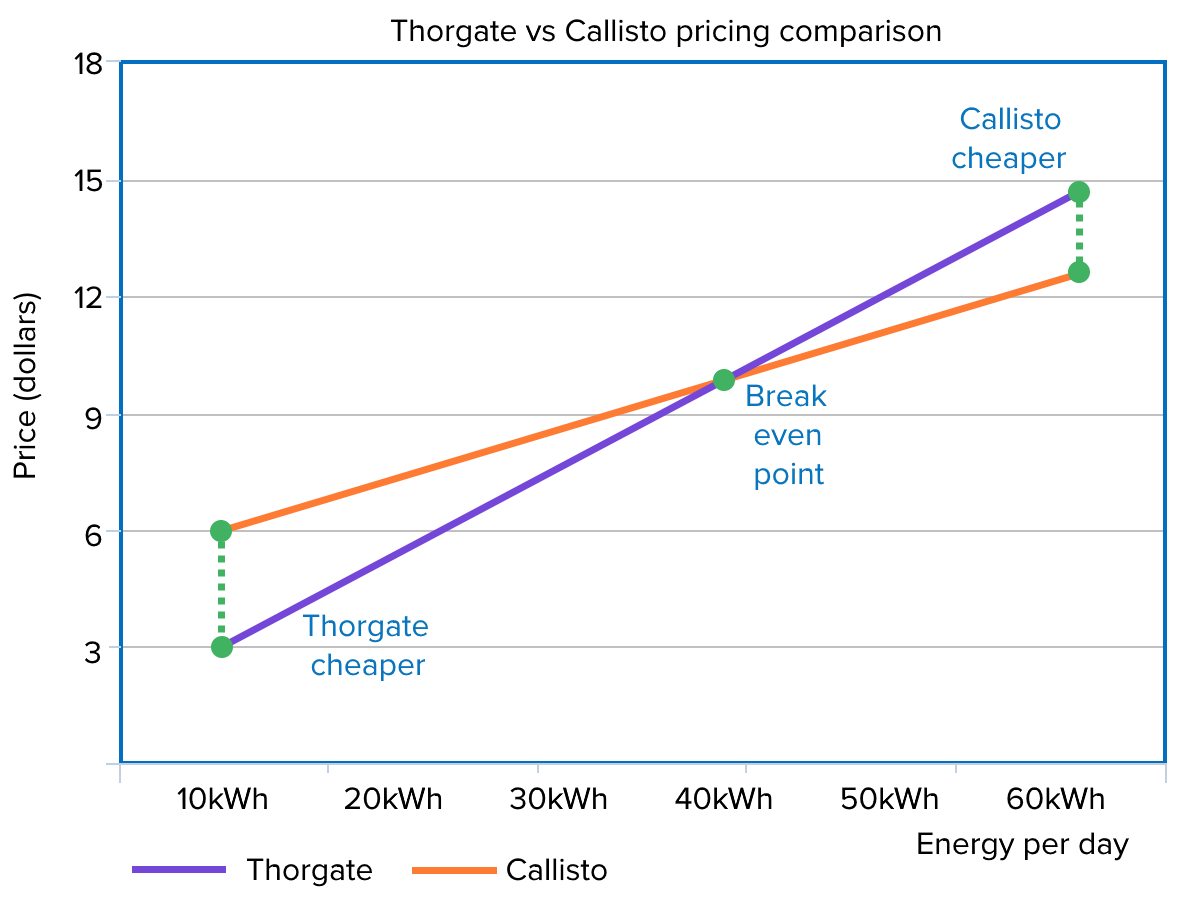