In our previous chapter we went through solutions to first order linear recurrence relations with constant coefficients of the form $t_n=r\times t_{n-1}+d$tn​=r×tn−1​+d.

Now it's time to apply these ideas to further scenarios in the real world.

Whenever you see a pattern that keeps adding or subtracting the same quantity, it will have an arithmetic recurrence relations.

Whenever you see a pattern that keeps growing or shrinking by the same proportion, it will have a geometric recurrence relation. 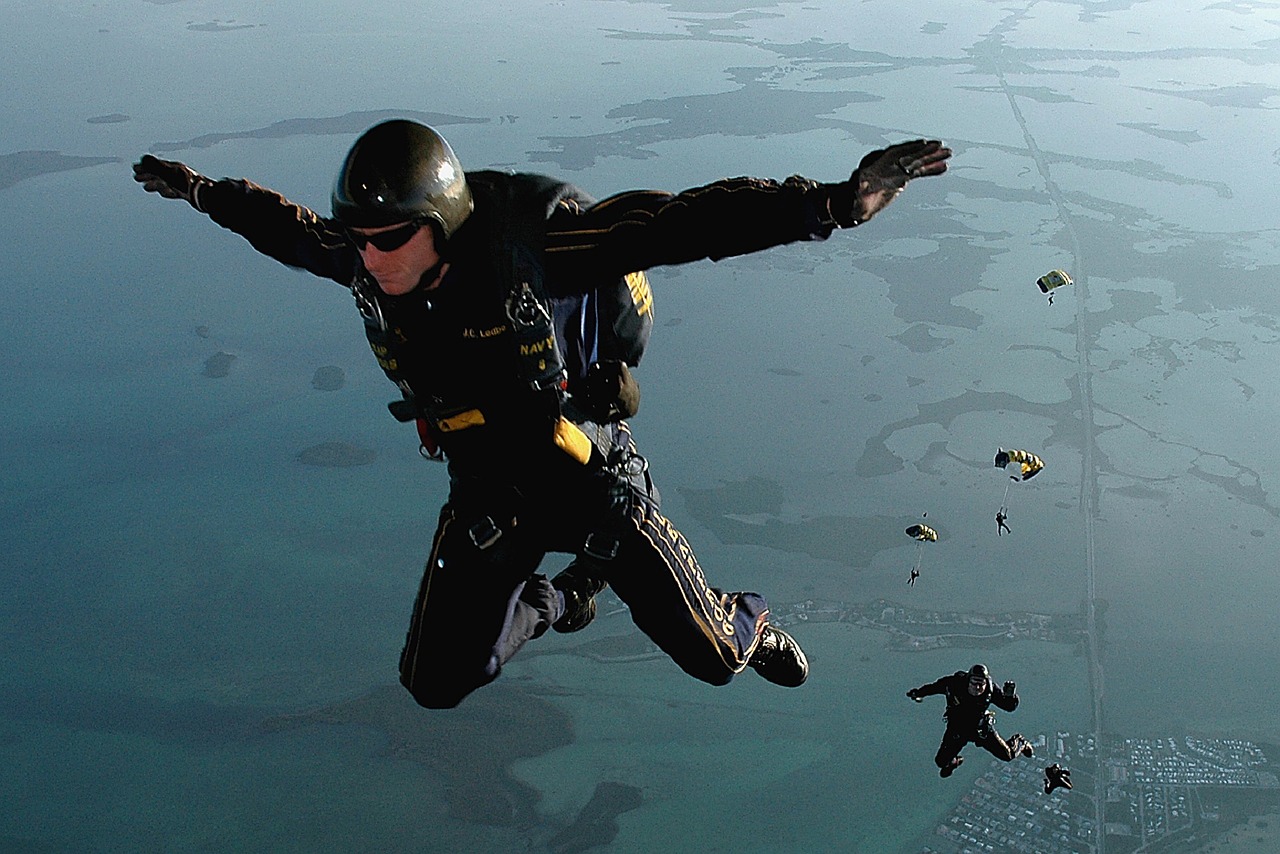 When gravity can no longer overcome air resistance, an object falling to earth reaches terminal velocity. For a skydiver with their parachute closed, the terminal velocity is about $56$56 m/s.

Emilio is a professional skydiver. On a particular skydive, he reaches terminal velocity $3$3 km above the earth.

a) How high will Emilio be above the earth after $14$14 seconds?

b) Write a recurrence relation for $h_n$hn​, Emilio's height $n$n seconds after he reaches terminal velocity.

c) Solve the recurrence relation to find the explicit equation for $h_n$hn​.

d) To safely land, Emilio must release his parachute no lower than $700$700 m off the ground. What is the latest possible whole number of seconds $n$n when Emilio could do this?

b) Notice that the pattern here involves continually subtracting $56$56 m from Emilio's height. This means we can describe the pattern by an arithmetic recurrence relation.

Emilio's height $h_n$hn​ is always $56$56 m below his height $h_{n-1}$hn−1​ from one second ago. Therefore, we have the following arithmetic recurrence relation.

d) Given the explicit equation we have just found, we want to find the value of $n$n at $h_n=700$hn​=700. We don't expect this to be an exact whole number, but it will tell us between what two whole values of $n$n Emilio reaches this height.

Therefore, Emilio should deploy his parachute at $n=41$n=41 seconds. 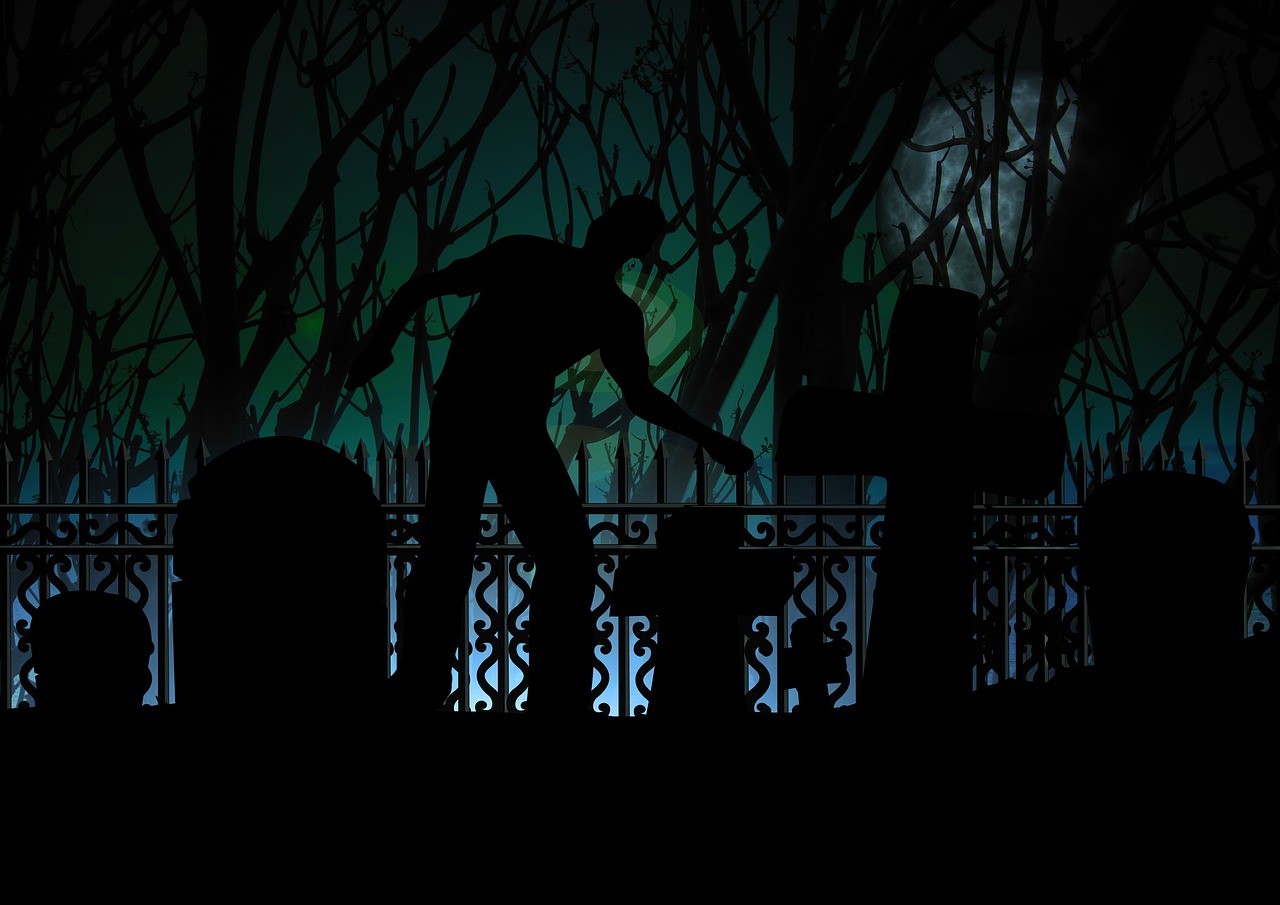 Many horror stories involve zombie outbreaks. Suppose a zombie outbreak were to occur on Planet Earth. $13$13 zombies are unleashed and when they bite humans, the humans immediately turn into zombies. The zombie population triples every hour.

a) What will the zombie population be after $5$5 hours?

b) Write a recurrence relation for $Z_n$Zn​, the zombie population $n$n hours after the outbreak.

c) Solve to find the explicit equation for $Z_n$Zn​.

b) The zombie population is continually growing by the same proportion, and so we can describe it by a geometric recurrence relation.

Since, the zombie population is just three times the population one hour ago, we have the following relation:

And if we recall our log laws that states that $\log_bb^n=n$logb​bn=n, we get:

In other words, after $18$18 hours, the world population will be on the brink of extinction, and after $19$19 hours, it will be totally wiped out.

If you are unfamiliar with logarithms, you could have guessed and checked certain values in your calculator to find the amount of hours it took for this to happen.

This kind of example shows how quickly geometric progressions can escalate. It takes the zombie population less than $24$24 hours to wipe out the human population of earth!

For a photo, the staff at a company have been arranged such that there are $9$9 people in the front row and each row has $2$2 more people than in the row in front of it.

A basketball is dropped onto the ground from a height of $15$15 feet.

Use arithmetic and geometric sequences and series