Rates can either be constant or variable.

A constant rate means that the relationship between two things remains the same.  For example, if I earn $850 a week and this amount doesn't change, this is an example of a constant rate.

A variable rate is when one variable is affected by another.  For example, if I earn $20 per hour, the amount I earn will will vary depending on how many hours I work.

What is direct proportionality?

Since both variables show a rate of $50$50 c per egg, the prices are directly proportional.

Example of Variables that are not Directly Proportional

If one car travels at $54$54 km/hour and another travels at $62$62 km/hour, the speed between these cars are NOT directly proportional because the rates are different.

If we graph direct proportionality, we will see a linear graph (in other words, a straight line graph) that passes through the origin $\left(0,0\right)$(0,0).

The diagram below show a linear graph, where $A$A is directly proportional to $B$B. 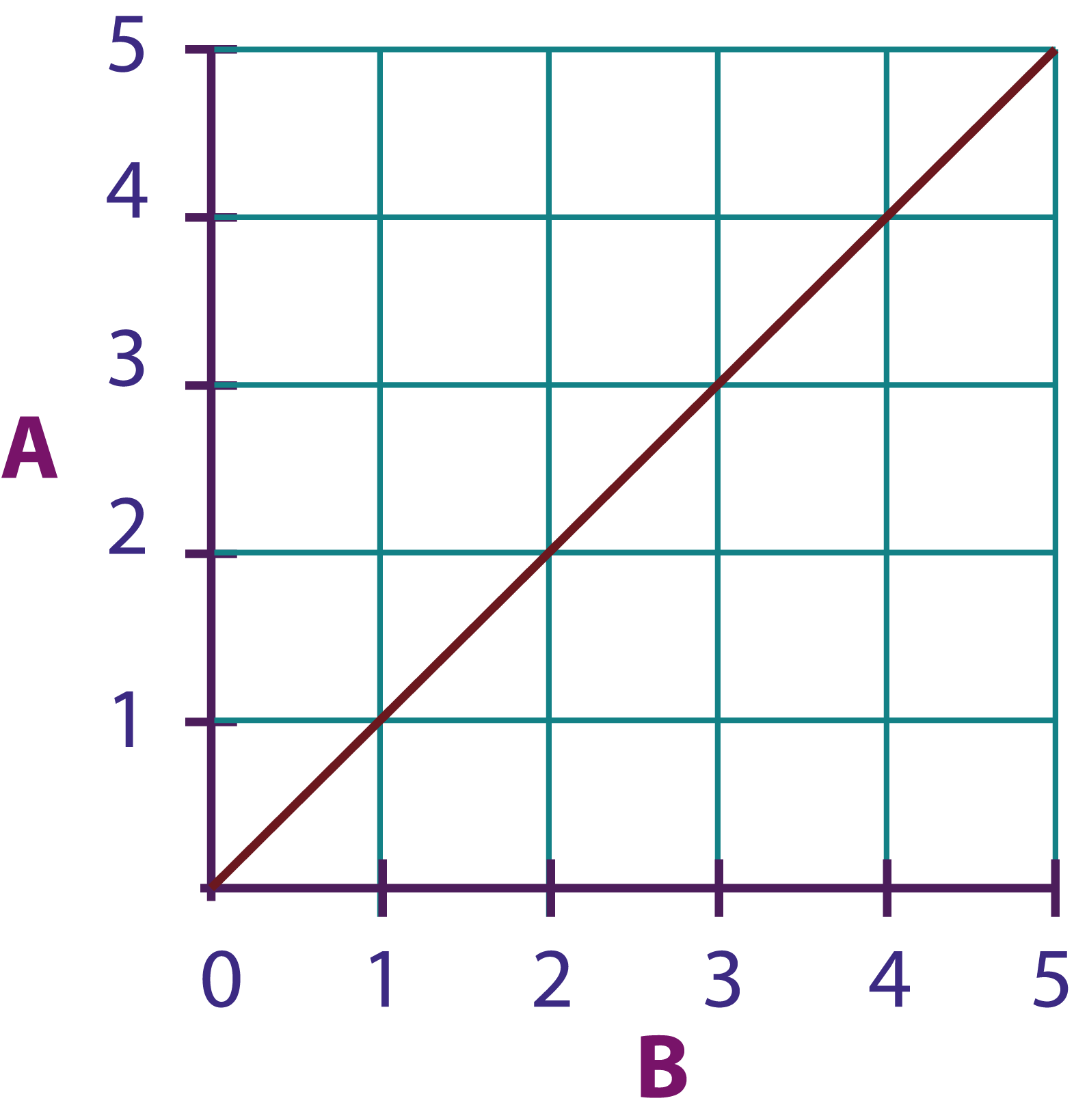 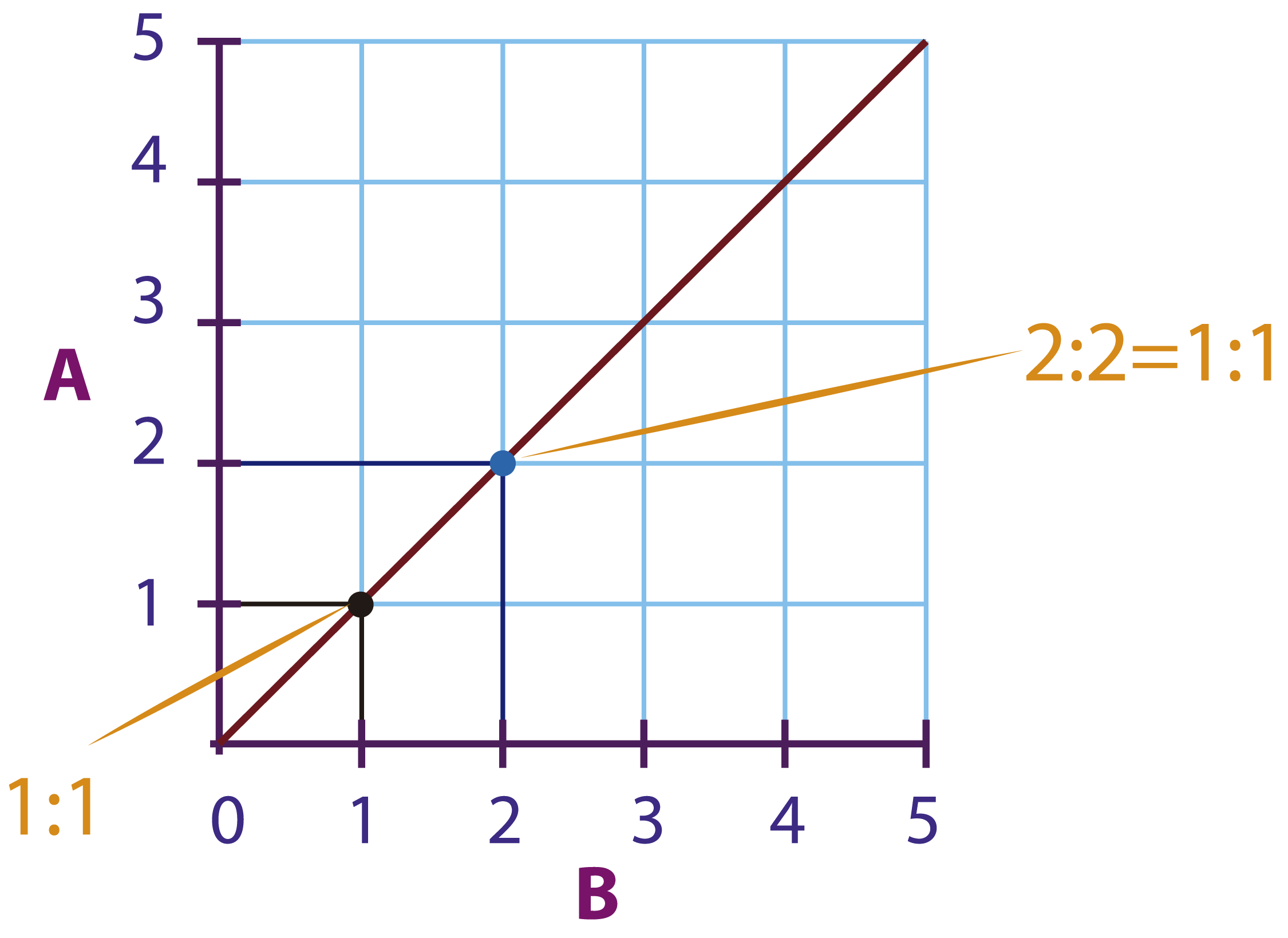 Frank is making cups of fruit smoothie. The amount of bananas and strawberries he uses is shown in the proportion table.