We all know it isn't the same time everywhere in the world. If it's daylight on one side of the world, it's night time on the other. However, did you know the world is actually divided into 37 time zones? A time zone is a region of the Earth that has adopted the same standard time, and those regions are roughly divided up by lines of longitude (the lines that run up and down on a map). These time zones are based on Greenwich Mean Time (GMT). Greenwich is in England, time is basically measured from this point and the line of longitude that runs through Greenwich is called the Prime Meridian. Other places around the world are either behind or ahead of Greenwich Mean Time. For example, Argentina and Paraguay are $-3$−3 GMT which means these countries are $3$3 hours behind Greenwich Mean time, so if was midday in England, it would be $9$9 a.m. in Paraguay.

The International Date Line (IDL) is another imaginary line on the Earth's surface that runs through the Pacific Ocean that is on the opposite side of the world to the Prime Meridian. Although this line is just randomly placed, it marks where a day begins and if a person moves in an easterly direction across the IDL, they may have to subtract a day. 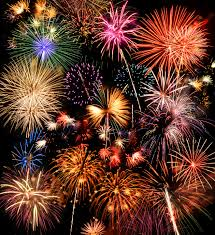 Christmas Island, Kiribati and Samoa are the first countries in the world to bring in a new year with a time zone of $+14$+14 GMT during Daylight Savings.

Australian Eastern Standard Time (AEST) is $+10$+10 GMT, which means cities including Sydney, Melbourne and Brisbane are $10$10 hours ahead of Greenwich Mean Time. In fact, Australia is the sixth largest country in the world and is divided into three separate time zones. The following time zones apply in non-daylight saving periods during the year:

The rugby World Cup final is broadcast live across the world. One particular year it was held in Wales and the game started at $4$4 pm local time. Where Beth lives, it is $17$17 hours behind Wales. At what time did the game start in her local time?

If airport B is $19$19 hours behind airport A, how long did the trip take?

Interpret and use scales, timetables, and charts