1.09 Language and notation of sets

As we are commonly going to use set notation, let's review some terms and properties of sets:

If we consider the intersection the 'and' of mathematical sets, then the union is the OR.  $A\cup B$A∪B is the notation we use, and we would read this as the union of $A$A and $B$B. It is the set of the elements that are in either $A$A or $B$B.

A complement of a set contains all the elements that are NOT in the set. If $A$A is the set then the complement is denoted $A'$A′ or sometimes $\overline{A}$A.

The following are examples of events and their complements:

If sets are mutually exclusive, it means they do not have any elements in common.

A Venn Diagram is a pictorial way to display relationships between different sets.  The idea of a Venn diagram was first introduced by John Venn in the late 1800's and they are still one of the most powerful visualisations for relationships. 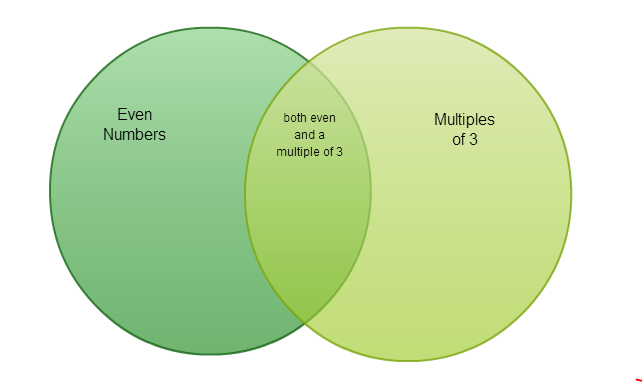 Place the numbers in the appropriate sections, and for each ask "Is the number even? Is it a multiple of $3$3? Is it both or Is it none of those options?" 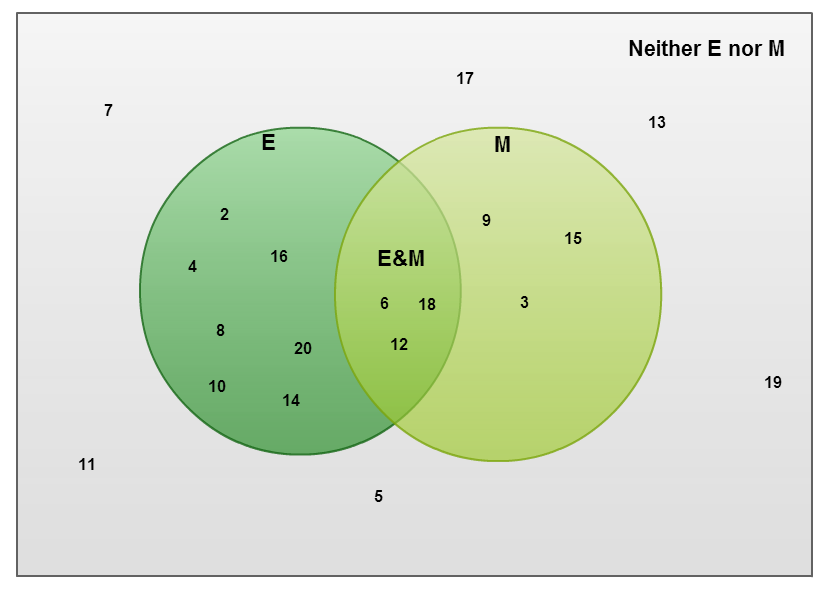 Take note of how the numbers that do not fit into either set are placed outside the circles, but still within the bounds of the universal set.

Using Venn Diagrams when solving problems about sets will need us to be able to identify using set notation the regions in the Venn Diagram. The following applet will let you explore the different regions.

Describe how various subsets of a number system are defined, and describe similarities and differences between these subsets.