12.08 Compound areas and the area between two curves

We have looked at using integration to find the area between a curve and an axis. Now, we will consider finding the area bounded by multiple curves. There are a number of scenarios to consider and it is useful to remember areas between and under curves can be calculated by using any combination of the following:

Areas between multiple curves and an axis

Sometimes we are required to find the area formed between multiple curves and an axis. The key to solving these problems is finding any points of intersection, dividing the area into sections, then evaluating and summing the integrals associated with each section. Sometimes it is useful to check if standard area formulae can help in obtaining a solution.

Think: This problem involves multiple curves and hence requires drawing the graphs to see what the area looks like.

Do: By drawing both curves and shading the region of interest we get the following. 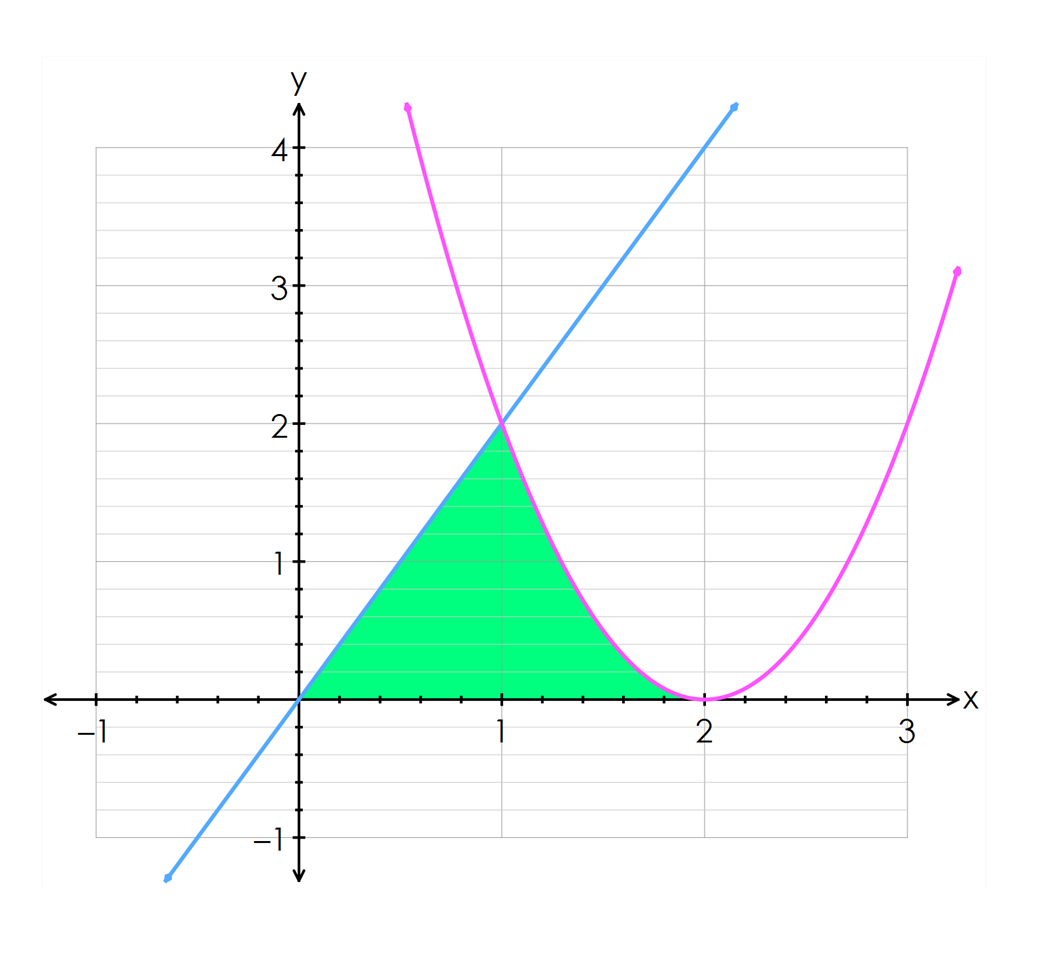 We can see from the graph that there is a point of intersection at $x=1$x=1. We could also determine this by solving the two functions simultaneously.

Think: This area is above a curve, not below. However, we can see that we could subtract the area below the curve (the blue area in the diagram below) from the area of the rectangle formed by the $x$x and $y$y-axes and the lines $x=2$x=2 and $y=4$y=4.

Do: We can set up the following equation involving an integral to found the area:

Think: This problem involves multiple curves and hence requires drawing the graphs to see what the area looks like but first we need to find the points of intersection between the two functions.

Do: To find the points of intersection we equate the two functions:

Sketching both functions on the same axes and shading the area between them gives:

Think: Graphing gives us the following two regions trapped between the curves. Notice that on the left the cubic function is uppermost while on the right the linear functions is uppermost. 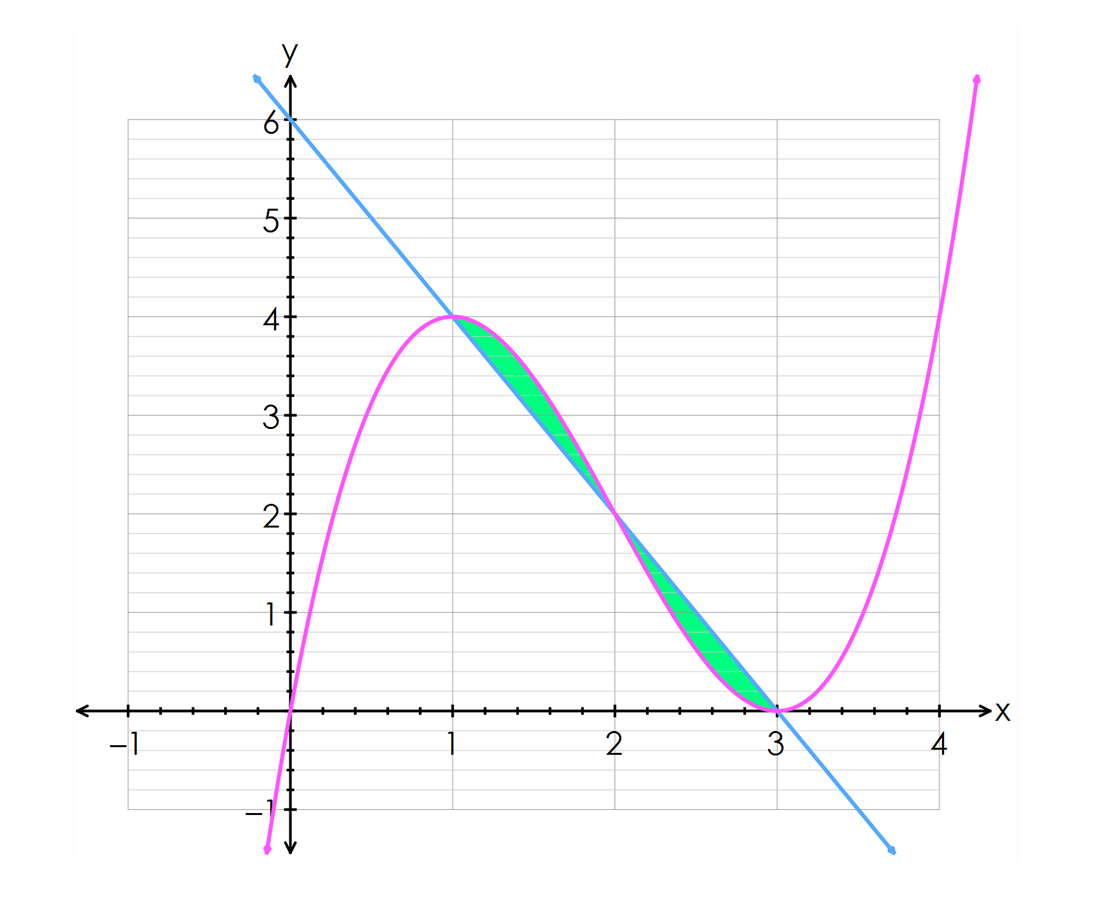 Do: Because we need the area under the upper curve minus the area under the lower curve at all times, we need to create two calculations to accommodate where the curves switch positions at the intersection point. We'll need to set the integral up in two parts like this:

Reflect: If we realised that each shaded portion was the same in shape and size (a reflection of each other, or a rotation) we could have calculated one area and then multiplied by $2$2, saving us a lot of time.

Evaluate definite integrals and apply integration to the evaluation of plane areas.