Topics
10. Coordinate geometry
10.01 Linear rules
10.02 Visualising a table of values
10.03 Graphs of linear equations
LessonWorksheetPractice
10.04 Horizontal and vertical lines
10.05 Finding the equation from a graph
10.06 The point of intersection

We will now look at how to sketch a line directly from its equation, without needing to create a table of values first. 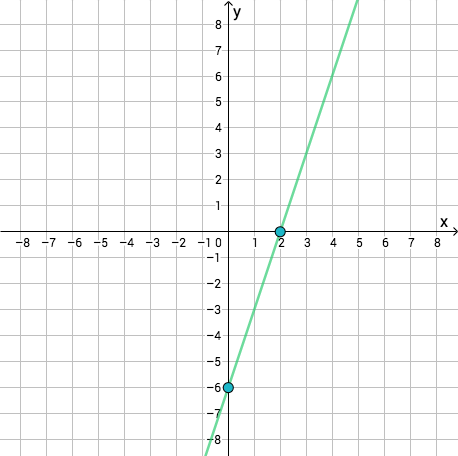