9.05 Volume of pyramids and cones

Volume of a pyramid 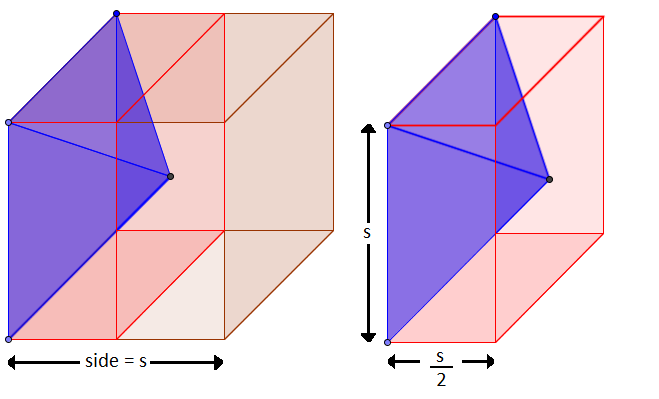 Of course this is just a simple example so we can get the idea of what is happening.  However, if we performed the same exercise with a rectangular prism we would actually get the same result (try it out!), so the volume for any pyramid is given by the formula:

Volume of a pyramid

Volume of a cone

Where $r$r is the radius of the cone's base and $h$h is the perpendicular height of the cone.

Due to its circular base and curved surface, the tools required to derive this formula lie outside the scope of this level of mathematics. Regardless, it suffices to know this formula and how to apply it when solving problems involving the volume of a cone.

Find the volume of the following pyramid.

Consider the cone below.