In surveying and air navigation, bearing are used to help identify the location of an object.

A three-figure bearing are:

To use true bearing to describe the location of a plane at point $B$B from the airport at point $A$A : 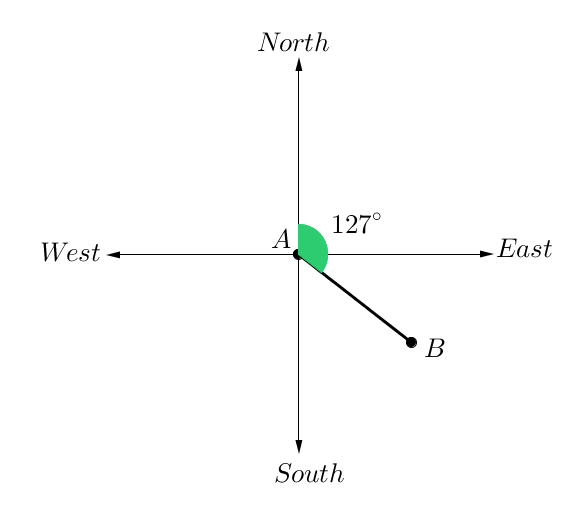 The diagram below describes the bearing of $P$P from $O$O. Rotating clockwise from North, we get an angle of $55^\circ$55°. 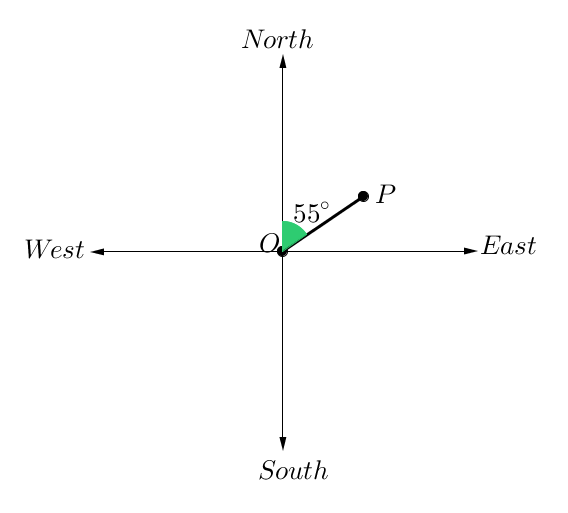 A compass bearing describes the location of a point using:

To describe the position of point $B$B from $A$A we would say: 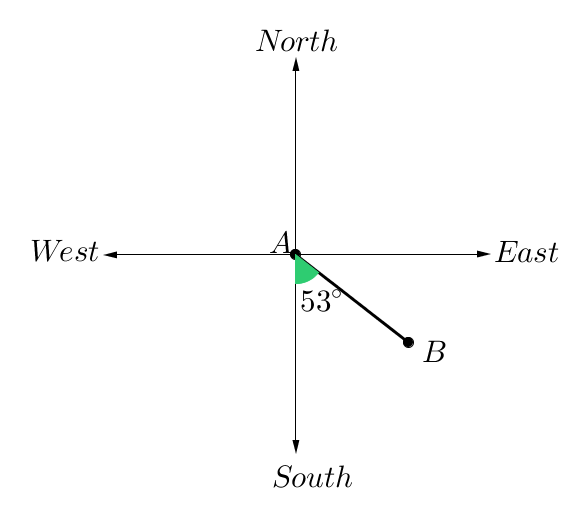 We can write this mathematically as:

Find the three-figure and the compass bearings of point $P$P from $O$O. 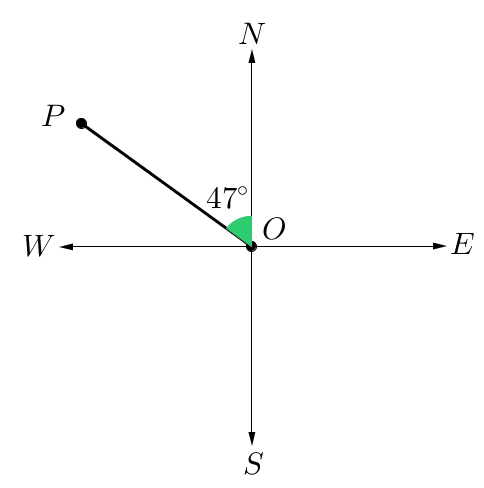 Think: To find the three-figure bearing, we want to find the measure of the angle that rotates clockwise from North to $PO$PO.

Think: Point $P$P is closest to North and should rotate towards the West to reach $P$P.

The bearing needed or used completely depends on which position comes first.  Have a look at the applet below. It quickly shows you how the angle changes depending on if we are measuring the bearing of $A$A from $B$B or $B$B from $A$A.

Find the true bearing of point $A$A from point $B$B.